If you think the same, join us
Special Report Sustainable Food and Agriculture
See all 68 stories
Sustainability

We’ll send you a myFT Daily Digest email rounding up the latest Sustainability news every morning.

“The brined tomatoes are a Silo classic,” explains Douglas McMaster as he talks me through his restaurant’s first post-lockdown menu. “We brine them and then serve them with fresh homemade ricotta. We then take the whey from the ricotta and make our own koji. And that goes back on to the dish. Whey garum from six months ago is also on the plate.”

This is the blend of artistry and alchemy that defines zero-waste cuisine, a global food movement that Mr McMaster has helped pioneer. Its aim is to reduce restaurants’ environmental impact by cutting or even eliminating food waste.

An estimated one-third of the food produced in the world ends up as waste, which then contributes nearly 10 per cent of global greenhouse gas emissions. The zero-waste philosophy calls not only for restaurants to avoid adding to this — by choosing ingredients that naturally generate less waste, for example — but also to embrace practices that help foster sustainability across the board, such as building closer relationships with committed producers.

Whether its advocates can get through the coronavirus pandemic without compromise remains to be seen, but it certainly chimes with growing public awareness of food’s environmental impact. According to a survey by the US National Restaurant Association, about 50 per cent of American consumers consider restaurants’ eco-friendliness when deciding where to eat.

“Consumer demand is what is by far most efficient at driving change,” observes Andrew Stephen, chief executive of the UK-based Sustainable Restaurant Association. “If you take zero waste, there is government policy and stuff down the tracks — in a few years’ time policy will start signalling the direction of travel. Restaurants have moved quicker than policy change.”

While a growing number of restaurants have responded to this demand —by insisting on biodegradable packaging, for example, or using more local supply chains and designing more plant-based menus — only a few have gone all the way by striving for zero waste. As well as Silo, they include Rhodora in New York, Nolla in Helsinki, and La Table de Colette in Paris.

It is a commitment that requires intense attention to detail. “Right now I am working on the turnip — my family has been eating turnips for three weeks,” says Josselin Marie, chef-owner of La Table de Colette, sounding a little embarrassed. “I’m looking to create the best recipe to get the maximum that I can get out of a turnip.”

Mr Marie advocates a closed-loop, root-to-fruit and nose-to-tail approach to cuisine. He describes his sustainability commitment as holistic — applying to every point of the culinary chain, from direct farmer relationships to reusing all his organic waste, and reycling any non-biodegradable waste that is generated.

When setting up La Table de Colette, he paid a 40 per cent premium for low-energy kitchen appliances, and he continues to pay extra for a green energy provider. He works with a company that provides willing suppliers with reusable containers. He also contracts with another company that collects his food waste and transforms it into biogas.

But Mr Marie says that he more than earns back these additional investments, because zero-waste, sustainable cuisine is more cost-effective than a traditional restaurant. Low-waste and low-carbon cooking necessarily implies a more plant-based menu simply because animal waste is less re-usable, and animal agriculture is such a significant contributor to greenhouse gas emissions — accounting for nearly a quarter of the global total.

Vegetables cost less than meat or fish, which leads to significant savings, while the principle of reusing rather than discarding helps reduce outgoings further. Techniques include fermenting vegetable and fruit peel into condiments and treacle, and turning surplus wine into vinegar, and leftover bread into miso. Mr McMaster estimates that his food costs are about 10 percent of his budget, compared with 40 or 50 per cent for a traditional fine dining restaurant.

“It’s completely affordable because you are throwing nothing away and because you are getting a 100 per cent yield on everything you have,” explains Matthew Scott, a London chef who previously worked with Mr McMaster at another sustainable London venue. “It is very achievable, it just requires a bit more thought and consideration. It takes up to six months or a year to get a [fermented] product that is up to level.”

But coronavirus has thrown out even the most careful long-term plans. The pandemic has had a disproportionate impact on the restaurant industry, forcing shutdowns in most of the sector — now for a second time across much of Europe. Silo and La Table de Colette have both shut down again. There are questions about whether restaurants will continue to prioritise sustainability.

Mr Stephen acknowledges the risk. “Many restaurants are now so focused on their immediate survivability, sustainability is dropping down the agenda,” he says. “One scenario could be an accelerated race to the bottom — how much do diners want to pay and how much can restaurants lower prices?” The hygiene concerns surrounding Covid-19 have already compelled many food businesses to revert to single-use plastic packaging.

Unlike their traditional counterparts, however, zero-waste restaurants may be well positioned to remain viable. Their sheer cost-effectiveness, along with carefully nurtured supply chains and a committed culture in which environmental sustainability is built into a profitable business model, may actually make them more robust in the face of financial stress.

Their resourcefulness is also an asset. During the first UK lockdown, Mr Scott launched hot4U, a food delivery pop-up with a daily menu focused on zero waste — and he has relaunched it now for the second lockdown. One of its menus included a shot of whisky in a bone emptied of the marrow featured in a dish.

“With respect to deliveries people don’t expect anything particularly gourmet,” he says. “So if you can undercut the lack of expectation by producing something that gives you that same ultimate feeling that you get when you are in a restaurant, then that’s a way forward.”

Get alerts on Sustainability when a new story is published 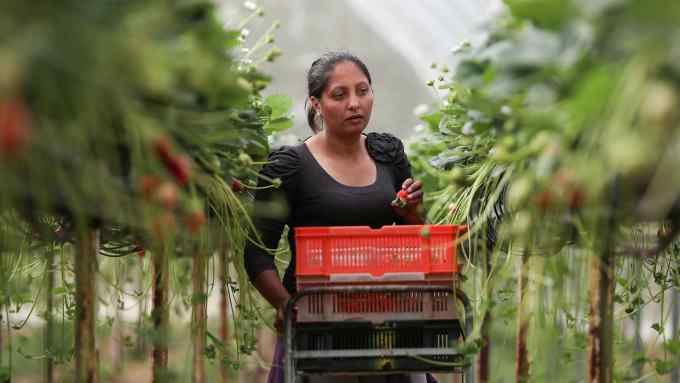