Mmm – Margate: where the grub is as good as the galleries

Go for the art, stay for the food

They came for the beach. They stayed for the art. Now visitors are flocking to Margate for the food, revved up on incandescent reviews. And while Margate doesn’t have any Michelin stars as yet, the quality of cooking at a handful of Old Town restaurants makes this one of the finest food quarters in the country.

Top among them is Angela’s, a seafood restaurant on the Parade run by Lee Coad and his partner Charlotte Forsdike, and its little sister around the corner, the (walk-in only) seafood bar Dory’s. At Angela’s (where reservations are recommended because the dining room is tiny), I’m treated to possibly the finest plate of fish I’ve ever tasted: a succulent fillet of turbot with scorched runner beans in a reddish-brown lagoon of crab butter, which my server trails as “to die for”. And truly, it is.

I’m tempted to follow up with one of the seasonal desserts, which include boysenberry and yoghurt ice cream and mulberry sorbet. But cruffins are calling me siren-like across the harbour. These are the signature pastries at Staple Stores, a recent arrival on the Harbour Arm with other branches in Ramsgate, Broadstairs and Westgate-on-Sea. This artisanal bakery and café is run by Rachel Young and chef Stephen Gadd, who used to work at Odette’s in Primrose Hill and Hibiscus in Mayfair and brings his own “cheffy touches” to standard fare. Sausage rolls are made with the puffiest homemade pastry. Danishes are vehicles for fillings such as tonka bean custard and passionfruit curd. Top billing goes to the cruffins, which ooze crème pât and coulis, come topped with peanut brittle and coffee-soaked sponge and stand to attention on the counter in sugar-dusted rows.

A few doors up stands Sargasso, a “coastal cooking” restaurant from chef Ed Wilson and the team behind Brawn on London’s Columbia Road. This long counter space exudes low-key sophistication as jazzy LPs play on a turntable and the shifting waterside light confers its own magic. I couldn’t be happier with my order: a plate of tomatoes, tropea onions and anchoïade like a sweet-sharp carnival of reds, oranges, pinks and yellows, plus a crab salad bearing tufts of creamy meat, crunchy cabbage and fennel. But that doesn’t stop me rubbernecking the handsome dishes alighting at tables nearby, including a plate of anchovies in olive oil so green it flashes neon. “Order me! Order me!” it seems to be saying.

Bottega Caruso is a small Campanian kitchen off Margate Old Town Square run by husband and wife Harry Ryder and Simona Caruso. The verdure e fagioli (stewed greens and beans) is a trademark, as is another cucina povera dish, polpette di pane al sugo – eggy-herb bread-balls cooked in the family’s secret tomato sauce. On my visit, the saffron-laced rigatoni with lamb and fennel sausage is the standout, an anthem of Middle Eastern-inspired flavours that resounds with every mouthful.

Among newer arrivals, Fort Road Hotel deserves a look-in. A joint venture from Frieze co-founder Matthew Slotover, developer Gabriel Chipperfield and artist Tom Gidley, the 14-room hotel boasts a basement bar and 35-cover ground-floor restaurant run by former River Café chef Daisy Cecil. According to the press release, the menu is “inspired by late 19th- and early-20th-century female food writers including Isabella Beeton, Elizabeth David and Jane Grigson”. When I eat there, the kitchen is still finding its feet, but mains like pan-fried skate with sauce vierge and Berkswell soufflé point to its ambition to join Margate’s top tier.

I’m also excited about an upcoming venture from Jackson Berg and Natalia Ribbe of Barletta, who currently run the café at Turner Contemporary (where their spiced carrots with yoghurt and parsley has taken on cult status, perhaps surprisingly given it’s a small plate of carrots). 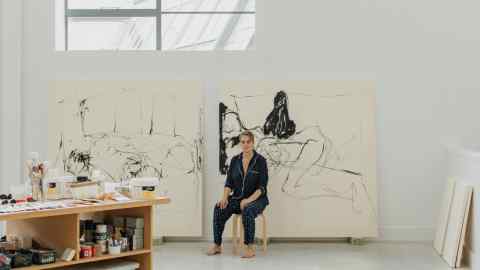 Opening this autumn, Sète will be a wine bar and restaurant inspired by informal Parisian wine bars like La Buvette and La Cave à Michel. Located on Northdown Road, the venue is aimed primarily at locals. But it joins a slew of neighbourhood spots that out-of-towners might like to seek out, including Japanese bento box and izakaya joint Mori Mori, New York-style pizza-by-the-slice venue Palms Pizzeria and Balkan pop-up Dolma Bar, which is set to return after a Shoreditch House residency earlier this year.

Given the wealth of dining options, the question for any touring gourmand is how to pass the time between eating. There’s art, of course. But the proliferation of exciting cocktail bars and drinking dens in Margate – from Off Licence to Stingray to Dive (a taqueria known for its Margaritas) – means the obvious answer is to drink. Certainly there could be no better welcome than the one I get at Daisy on Cliff Terrace where, as I nurse a Bitter Bounty (a Negroni with the gin swapped for coconut rum in a “trashy seaside take on the Italian classic”), Esme the resident dachshund hops on my lap and poses for a selfie.