Bullish Global, the cryptocurrency project backed by several billionaires, has begun a private pilot of its much-anticipated trading network as Wall Street steps up its interest in decentralised finance.

On Tuesday Bullish, which was recently valued at $9bn, began a seven-week private pilot of its platform ahead of a full launch later this year.

Bullish is one of the most high-profile projects exploring decentralised finance, or DeFi, which aims to do away with traditional intermediaries in markets, such as exchanges and lenders, and let buyers and sellers connect directly.

It has become one of the hottest corners of finance this year. Goldman Sachs, hoping to capitalise on interest from investors, on Monday lodged an application with US markets regulators to launch an exchange-traded fund focusing on digital assets and blockchain technology, tracking the profits of companies active in the market.

DeFi, a marketplace where computers handle all aspects of transactions and which eventually aims to eliminate intermediaries from finance, has grown rapidly this year. More than $61bn worth of trades have been executed in the market, up from about $15bn at the start of the year, according to specialist data provider DeFi Pulse.

Volumes on Uniswap, the largest platform for automated and decentralised trading, can exceed those on Coinbase, the cryptocurrency exchange that listed earlier this year for $76bn.

Bullish, whose parent company is going public in a stock market listing, has been backed by a group of billionaire investors including Peter Thiel, Michael Novogratz and Richard Li. The listing, in a merger with a special purpose acquisition vehicle, has put the value of the project at $9bn, despite the fact that no trades have taken place yet.

Although it is a decentralised network, Bullish also said it expected to be “a regulated exchange, integrating best practices in cryptographic safeguards and compliance standards”.

Ahead of its planned launch later this year, the platform will run a testing pilot until September 13, with both professional and retail investors pretending to trade in digital assets and paper money.

Bullish will invite a number of professional and retail traders to test out its systems as part of the simulation that will run until September and it said it would give out cash prizes “to encourage participation.”

“We’re awarding a total of $525,000 in cash prizes for three eligible participants who compete in the featured paper trading games,” Bullish said.

In its application to the Securities and Exchange Commission, Goldman Sachs said it would invest in equities and other assets such as deposit receipts, in a bid to replicate the profits generated by the largest companies in DeFi. The bank has yet to specify which companies are on the list that form the index the ETF will use.

Grayscale, which has more than $28bn of assets under management, said it would launch a new index which would comprise the 10 most used systems in DeFi but with close to 50 per cent weighting for Uniswap, the largest DeFi network. 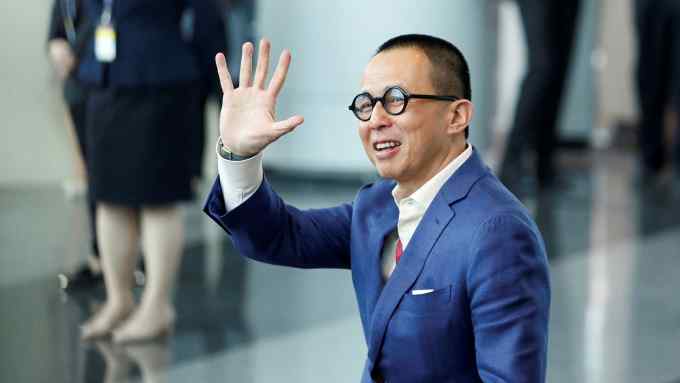