From rowing across the Mediterranean to running across the Wadi Rum Desert, these ultra-sporting challenges will push you to the max

Few things compare to the life-affirming rush of crossing the finishing line. Whether you’re upping your fitness regime, ticking an item off a bucket list or just pushing yourself out of your comfort zone, there’s a world of challenges to explore. Here’s 10 of the best:

Often dubbed the Grand Canyon of France, the Gorges du Verdon is situated in the heart of Provence, which provides an entirely appropriate setting for this beautiful yet testing swimrun. The relatively new sporting discipline sees competitors transition between water and land sections as the course weaves its way around. This particular event has three distances to choose from: the Classic of 27.8km, the Half of 47.4km or, if you fancy a truly testing challenge, the Ultra, which covers 65.65km, with 54km of running and nearly 12km of swimming. Be warned: it’s regarded as one of the hardest swimruns in the world. swimrunman.fr/en

Thanks to its timing over the late-May bank-holiday weekend, there’s no better way to kick-start a summer of sporting endeavours than a triathlon in the grounds of the 18th-century Lough Cutra Castle, a historic family estate beside a 1,000-acre lake in South Galway close to Ireland’s Atlantic coast. There’s an event for everyone: from a fun family relay to Olympic triathlon and finally Half Ironman distances (1.9km swim, 96km bike and 21km run) and everything in between. The rural setting makes the event stand apart from most others – you’ll be running on trails and through forests, and biking out to the dramatic coastline and back. castletriathlonseries.co.uk

Comparable to a high mountain stage of the Tour de France, La Marmotte is one of the best known and toughest single-day cyclosportives out there, covering the same route each year across the French Alps, finishing on the legendary climb of Alpe d’Huez. The popular Granfondo is 177km with 5,000m of climbing. Ultrafondo, the extended version (225km with 6,300m of climbing), is enough to challenge even the fittest cyclist. Both have a time limit of just under 12 hours. lepapemarmottegranfondoalpes.com

The Ridgeway National Trail is described as Britain’s oldest road; it dates back some 5,000 years and is scattered with historical landmarks. This event takes you along a 100km section, beginning on the chalk downland of the North Wessex Downs and journeying onto more intimate wooded valleys in the Chilterns. It is held over the course of a weekend, and you have the choice of tackling it non-stop, or splitting it into two days with camping in between – making it popular among both experienced ultra-runners and first-timers. thresholdtrailseries.com

Rowing an ocean is a huge undertaking, involving years of build-up, as well as months at sea. Noman’s concept opens up the experience to those who have other life commitments – all you need is a few days’ holiday. There are six boats in the race fleet, each with a crew of five rowers, and you can sign up as an individual to be buddied up, or enter a full team of five people. The ocean rowing boats are ready to go, so they’re equipped with food and all the supplies you will need, and you’ll receive training prior to the event. Upon finishing in Ibiza, the scene is set for celebrations with your crewmates. nomancampaign.org/oceanrowing

Haute Route’s cycling events are probably the closest amateurs will get to experiencing what it’s like to be a pro rider. Everything is taken care of along the route: professional mechanics, course marshals, support vehicles, feed stations, daily massages, meals, accommodation, nightly briefings, and much more. This leaves you to focus on what is a considerable challenge: a five-day ride across the Dolomites. hauteroute.org

With one of the seven natural wonders of the world as a backdrop, this ultra-run is otherworldly. The night before the race starts, you’re treated to a buffet at camp one, located at the edge of the Grand Canyon. From here, the course heads north, covering a total of 275km, with an elevation difference of +/- 10,000m, passing sand dunes and red rock canyons. It’s a self-sufficient race, so you’ll be carrying all your equipment and meals, while sleeping under the stars in 10-man tents. g2gultra.com

Set in the red-sand Wadi Rum Desert, this breathtaking five-day 250km ultra is ideal for both experienced runners and newcomers to multi-day running events. This is a semi-supported ultra, meaning you only carry what you need for the day and your overnight bags are transported between desert camps. You will be running on average a marathon each day. However, the Ultra X crew are on hand at checkpoints every 10km with water and medics, helping you complete the challenge of a lifetime. ultra-x.co/jordan

Over the course of five days, you’ll be crossing the Namib Desert and Skeleton Coast in south-west Africa, covering a total of 303km: 200km on fat bikes (a mountain bike with oversized wheels) and the remainder on foot in one of the world’s last great wildernesses. The event is fully supported, with all your gear carried and help on hand if needed. All meals are provided, as are seven nights’ accommodation. racetothewreck.com

Appetite is huge for the esteemed Ironman events, which take an average competitor more than 12 hours to complete. There is also the formidable Ironman 70.3, comprising a 1.2-mile swim, 56-mile bike and 13.1-mile run. This scenic North Island gathering has previously been voted the world’s best Ironman. ironman.com

Run the world – the best jogs, city sprints and ultra-marathons on the planet
Peak performance: the glorious highs of Hong Kong’s trail runs 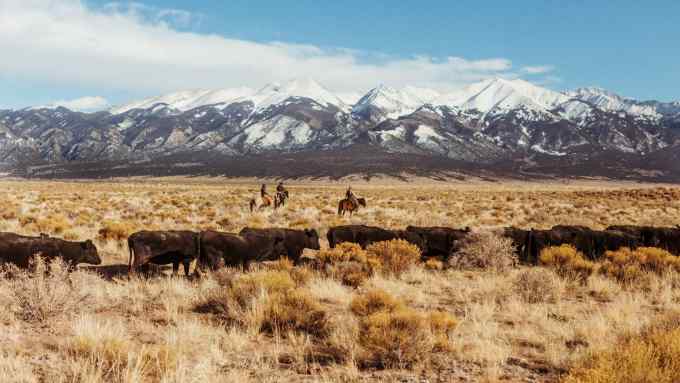