It’s difficult to think of a 20th-century figure who exerted as much influence over as many fields of creative activity as Max Bill, yet with so little recognition. The one-time student at the Bauhaus was revered as a graphic designer, as an industrial designer of furniture and products (I still wear a Max Bill-designed watch every day), as an architect and an educator (he was the first director of the influential Ulm School) and, of course, as an artist — both painter and sculptor. And yet. Outside his native Switzerland, Bill (1908-94) remains relatively little-known, beyond cult followings in those specialisms.

It is something that might be changing. The mighty Hauser & Wirth has taken on the Bill estate, alongside that of his life-long friend Georges Vantongerloo, as the Max Bill Georges Vantongerloo Foundation. A major exhibition at the gallery’s Zurich space (max bill: bauhaus constellations) opens next week and Galerie Knoell (exhibiting for the first time at Basel) will have a solo show of Bill’s work, covering his output from 1941-69.

Clearly, the centenary of the Bauhaus has something to do with the revival, but Bill embodies something deeper. He was almost, in fact, a one-man Bauhaus, a unifier of the arts and a believer in their power to be co-opted for social and political good. He was also early to recognise that designers “have to assume responsibility for all the new things created in the world”.

Bill began as a craftsman. As a boy, he’d had a spell in reform school (after stealing a book) and his father had forced him into learning a trade. He chose to train as a silversmith and got his lucky break when his work was picked out by Sophie Taeuber-Arp for exhibition at the Exposition Internationale des Arts Decoratifs in Paris in 1925. Bill was 17.

In Paris he encountered pavilions by Le Corbusier and Konstantin Melnikov and became hooked on Modernism. Having won a poster design competition (for Suchard) he used the prize money to go to study at the Bauhaus. While there he became close to fellow Swiss artist Paul Klee, but before long he was involved in a (typically Bauhaus-sounding) stage accident — an acrobat fell on his head, knocking half his teeth out — and the dental bills meant he was unable to pay his fees. He survived subsequently as a graphic designer, working on magazines (including anti-Nazi publications shipped across the border to Germany) and an artist, exhibiting his works with the Abstraction-Creation group, which included Hans and Sophie Taeuber-Arp, Piet Mondrian and Georges Vantongerloo while still in his mid-twenties. He built his first house and studio in Zurich-Höngg in 1932, a superb, stripped-down building which would later influence Brutalist architects. It was also the site of a terrible tragedy when his mentor, Taeuber-Arp, died while staying in the house, asphyxiated, while asleep, by the fumes of a stove she was had been trying to turn on.

In 1944, Bill began to teach at the Zurich Kunstgewerbeschule. It was after the war that he found more widespread recognition. He became the head (and architect) of the Ulm School of Design (1950), where he attempted to apply Bauhaus principles to the problems of German reconstruction in a school funded by the Marshall Plan. While there he designed the Ulm Hocker, an extremely simple stool for an institution that had run out of money to buy furniture. Three pieces of timber interlocked in a U with a simple dowel stretcher between, it could be easily carried between classes (also carrying books), used as a lectern placed on a desk, as a shelf or as a coffee table.

By the time Bill resigned in 1956 (mired in personal and political conflicts), he had become an internationally respected artist and designer. He travelled frequently to Latin America and there his precise, geometric Concrete Art influenced a generation of artists including Lygia Pape, Lygia Clark and Hélio Oiticica. His idea of Concrete Art was that it should be purely abstract. “A work of art,” he wrote, “must be entirely conceived and shaped by the mind before its execution. It shall not receive anything of nature’s or sensuality’s or sentimentality’s formal data. We want to exclude lyricism, drama, symbolism, and so on.”

And so on. Bill’s striking, colourful graphic works became, for a while, almost ubiquitous. He designed memorable posters for the Munich Olympics in 1972; he influenced a generation of Op Artists; and his sculptural works, many of them based on a Möbius strip or an endless ribbon, popped up in plazas throughout Switzerland and Germany. Ironically his ubiquity led to a kind of invisibility, his work was barely noticed and, by the time he died in 1994 he was slightly out of fashion, his cool detachment the opposite of the neo-expressionism and gestural, personal art then in vogue.

His second wife, the art historian Angela Thomas, lives in the Zumikon house he built in 1967-68 in the hills outside Zurich. She showed me around the house, which is home to the foundation, the archive and open occasionally for exhibitions. For a longtime admirer (and small-time collector) of Bill’s work, it’s odd to have such an intimately close encounter with an artist who always seemed cool and remote. Thomas points out the soot-stained fireplace where they used to roast chestnuts together, she presses a button and the rear window — an entire glass wall — sinks slowly into the floor, opening up the house to the terrace. Then she points out some of the artworks in the garden, a Richard Serra (two huge blocks of iron), a Richard Long, Bill’s own sculptures and, oddly, the stone threshold from Albert Einstein’s Munich house, which he bought from the builders demolishing the building for five Deutschmarks. The mayor of Munich is, she tells me, keen to buy it back.

Thomas takes me downstairs into Bill’s painting studio and there, wrapped around three sides of the mezzanine, it’s more than a little surprising to see a long work by Keith Haring, which he bought from the artist early in his career. In the design of the house, in the concrete walls and sparse, bolted asbestos panels, in Bill’s own, almost monkish bedroom (one single bed, no other furniture), you can see the raw functionalism of his designs of the Ulm school spilling across the landscape.

But you also see touches of the bourgeois burgher he became in the last couple of decades of his life (spent partly as a Zurich councillor, then on the National Council in Bern), which alienated him from younger, more radical artists. His largest sculptures were funded by the big banks, notably the megalithic “Pavilion Sculpture” on Zurich’s Bahnhofstrasse (commissioned by what is now UBS), and he was accused of becoming a corporate artist. Yet those sculptures have become part of the cityscape and have slowly become much loved, if little remarked upon.

Perhaps now, a quarter of a century after his death, we are able to see more clearly again. Bill began as a functionalist in the purest Bauhaus sense but, although his art remained strictly abstract and guided by logic and mathematics rather than feeling or expression, he also embraced the aesthetic, in both design and art.

He began to believe that the purpose of art was to diminish the travails of everyday life. “It has become clear to us,” he wrote, “that beauty can no longer be developed out of function alone; instead, the demand for beauty has to be set on the same level as a functional demand, since it is a function too.” 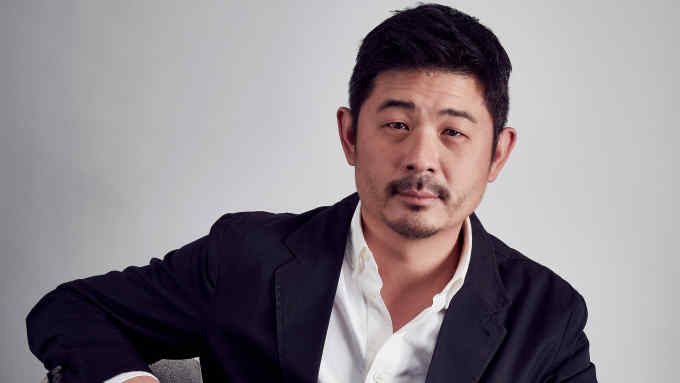