Where is best to begin a career after the Brexit vote? 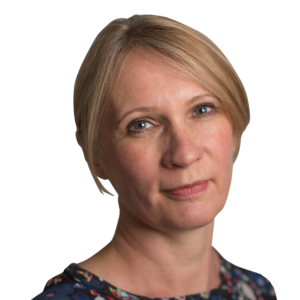 Estella Kolobaeva knows what she wants. The ambitious 21 year old wants to start a career in wealth management next summer following a masters in international finance at HEC business school in Paris.

Like many in her cohort, she is busy lining up internships. She has been touring prospective employers, attending presentations and networking events, meeting her school’s alumni and researching her options carefully.

Estella is doing all this only in London because she believes the British capital is still the best place to start work — despite the UK’s vote in June to leave the EU.

“For now, London is still the centre of financial life,” she told me soon after returning to Paris from a networking trip to the UK capital’s City and Canary Wharf financial districts, during which she visited Credit Suisse, Barclays, Bloomberg and HSBC, among others. “I talked to people and heard their stories of fast success — London is a city where you can get that.”

As a Russian citizen, Estella will need a visa to work in London regardless of whether or not the UK is a member of the EU when she arrives. She knows she may have to move again if her future employer decides to leave after the UK quits the EU.

She acknowledges that the Brexit vote has pushed her European classmates to think about working in Dublin, Frankfurt or Paris when they might otherwise have headed for London. And she is well aware that the result of the referendum last June may indicate that the UK is less welcoming to foreigners than she might imagine.

Nevertheless, London is a risk she says she must take. “Banks may cut [staff] because of Brexit. But I have to balance that risk with the opportunity to advance rather than going elsewhere and missing that opportunity,” she says.

The uncertainties of Brexit make it hard to determine whether the UK can continue to hold on to its status as a global draw for the brightest young business minds — students such as Estella. A lot depends on the signals they receive.

Will London-based alumni stay in the UK capital? For how long? How will the diminished currency affect their salaries? What will be the catalyst for them to leave? How quickly can the UK government reassure foreign workers that they are welcome to stay?

The answers to all these questions are unclear — and will be for some time. So far, Theresa May, UK prime minister, has refused to guarantee the rights of citizens from the EU before formal negotiations begin.

Research by the Financial Times conducted two months after the UK voted to leave the EU found nearly a fifth of European citizens living in the UK had made firm plans to leave within the next two years. A little less than 40 per cent were considering leaving. The largest category of respondents, 27 per cent, worked in financial services, as Estella hopes to do.

Simmering xenophobia and anti-immigration sentiment fuelled by the referendum result are good reasons to leave. The free movement of people came under scrutiny in the months before people went to the polls. According to data from the Home Office, hate crimes motivated by race or religion increased 41 per cent year-on-year in July, the month after the vote.

As Jonathan Moules reports in his introduction, one Dutch business school has struck London from its itinerary of contact-building trips for MBA students. The programme director no longer feels visits to the City and Canary Wharf are worthwhile after the Brexit vote.

Estella, meanwhile, is watching UK politics closely. If early next year the British government triggers Article 50 of the Treaty of Lisbon, which will start the process of the UK leaving the EU, she may rethink. But such an early move looks unlikely.

She will, in all likelihood, start her career in London. But she has calculated that she has a window of opportunity to do so before the full effect of Brexit is felt.

Business school graduates often see themselves as stateless. They are highly mobile and resourceful, prepared to go wherever the “fast success” Estella craves is most likely to materialise.

She cannot wait for the Brexit uncertainty to resolve itself. Her priority is to shape herself into an international citizen. And London is where she believes she has the best chance of doing so — for now.

“It’s important in finance and in general,” she says. “It’s the way to success — to work together.”