The Seagulls’ 2017-20 compound annual growth rate of 65.8% places it among Europe’s fastest-growing companies

Tony Bloom wouldn’t have been the first buyer of a football club to blow a fortune on failing to rise to the Premier League, the highest level of the English game.

The businessman bought Brighton & Hove Albion in 2009, and saw the team come within touching distance of promotion from the Championship league in 2016. But a draw against Middlesbrough denied them the chance to ascend automatically.

A subsequent defeat in the play-offs against Sheffield Wednesday condemned Brighton to wait at least another year to test their skills in the Premier League — and multiply club revenues.

He recalls how Bloom, who is also the club’s chair, stood by then-manager Chris Hughton and backed his side to rebound from the play-offs disappointment.

“We went into that season with a renewed determination to secure promotion, with people highly motivated rather than demotivated [and] with the board saying, ‘Keep doing what you’re doing’,” says Barber, in an interview at the club’s stadium.

Having put an all-staff promotion bonus on hold, Barber urged employees to push themselves to “find an extra level of performance” to help the team, nicknamed the Seagulls, make the grade.

In 2017, Brighton finally won the right to join the elite group of 20 teams that includes Liverpool and Manchester United, the two most successful clubs in English football history.

Rose Read, head of people at the club, recalls Barber’s arrival in 2012 and the belief he instilled that players and staff were worthy of a place in the top flight. “What I saw that season when we just missed out was, for me, the point at which people started to believe we could do it,” she says.

Promotion also transformed Brighton’s finances, giving it a cut of the Premier League’s multi-billion-pound broadcasting revenues and increasing the club’s appeal to commercial partners, such as Nike and workwear brand Snickers UK.

Revenues soared to £139mn in 2017/18, Brighton’s first season in the Premier League, from just £29mn a year earlier, when the team played in the Championship. That gave the club a 2017-20 compound annual growth rate of 65.8 per cent, placing it 451st on the latest FT-Statista ranking of Europe’s fastest-growing companies.

When Barber joined Brighton, a decade ago, he had set about expanding the club’s relationship with American Express, which was an early sponsor of the new stadium and which now backs the kit, training ground and women’s team. In 2019, Brighton renewed the arrangement in a 10-year contract worth £100mn — the largest commercial deal in the club’s history.

Revenues for the club peaked at £148mn in the last full financial year before the pandemic, before falling back to £132mn as teams were forced to hold matches behind closed doors to limit the spread of coronavirus.

However, the club has not made a net profit since 2018. Bloom has invested roughly £400mn over the years, helping to fund the construction of the club’s stadium, training facilities and youth talent academy.

“Ultimately, we’re looking to get to break-even point so that our reliance on Tony Bloom becomes less and less over time,” explains Barber.

Brighton is now playing out its fifth season in the Premier League, fighting for the club’s highest-ever finish in the division.

Bloom and Barber have had to make tough calls in that time, including the decision to dismiss Hughton, the manager who led the team into the Premier League, after finishing just one spot above relegation in 2019.

Now, though, there are signs that the investment in infrastructure is paying off. When Barber arrived, the club did not have an academy, and it took until 2014 for it to achieve top-level category-one status.

Producing talent is vital because it reduces the need to buy players from rivals on the football transfer market, where top clubs have pushed up the price of a world-class star to more than £100mn. It also represents an opportunity to reduce the club’s reliance on broadcasting, sponsorship and ticket revenues, with Barber highlighting the £50mn sale of defender Ben White to Arsenal last July as an example.

However, he is still battling to ensure Brighton can hold its own in an increasingly competitive environment. Qualifying for European tournaments would increase revenues, but Barber cautions that there is “a lot of work to do to get there”.

Wealthy investors have flooded into English football in recent years, with the result that at least six teams in the Premiership start the season with a target of finishing in the top four — the qualifying positions for the Uefa Champions League, Europe’s most prestigious club tournament.

Brighton’s goal is to establish itself as a regular finisher in the top 10.

“You’ve got clubs that have got newer, wealthier owners [and] then you’ve got the old guard,” says Barber. “It’s harder than ever, and it’s not going to get any easier.” 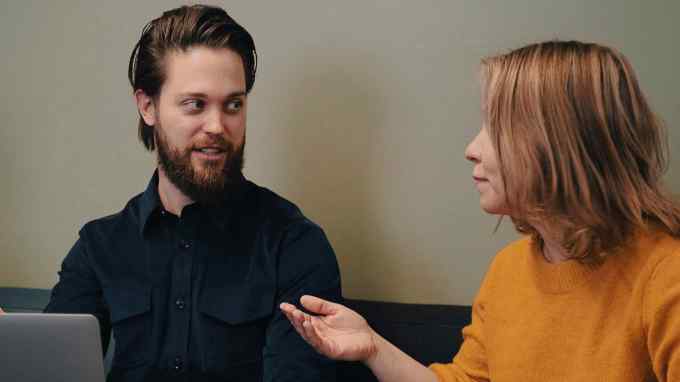