The best of Milan, with Carla Sozzani

I first came to Milan when I was nine years old, in 1956 – before that I lived in Mantua. My father relocated here for work and our family moved into a two-floor flat in the Ticinese district. Things have changed tremendously since then. People used to say, “Oh, Milan is boring, nothing happens there.” It was seen as an industrial city. Then we had the Expo in 2015, and Milan had a revival in the eyes of the world. But for us, it was always beautiful.

Today I live near the Giardino Valentino Bompiani, a garden in the heart of the city. Although we don’t have many parks, Milan is greener than you might think. A lot of buildings house secret gardens – I love the one at Museo Vigna di Leonardo, the artist’s old vineyard, and also I Chiostri di San Barnaba, a restaurant and gallery. Many more can be found by touring Milan’s churches, which is another great way to explore the city. Sant’Eustorgio and Santa Maria delle Grazie are two of my favourites.

The ’60s, ’70s and ’80s were alive with art and design, and Milan has many galleries to show for it. First there was the design wave – Magistretti, Mangiarotti and Gae Aulenti – followed immediately by Ettore Sottsass’ architecture group, Memphis Milano. I love the current exhibition of Sottsass photography – taken on his Leica M6 – at Triennale Milano, which always has excellent shows. For more 20th-century art, I’d visit Museo del Novecento, and I’m also a big fan of Gio Ponti so I’d recommend a trip to the Pirelli Tower. It’s a large, tremendous space – you have to book an appointment.

Fashion is at the city’s core. When I was younger, a typical Milanese look was a beige skirt, a blue jacket and Ferragamo low-heeled shoes. I went to Bocconi University in the late ’60s, having spent a lot of time in London, and I remember coming back with a pantsuit and a long jacket – Carnaby Street style. Women weren’t allowed to go to university wearing trousers so they took my card away. It was absurd. A year later the 1968 student revolts happened and everything changed.

Today I shop at [my own boutique store, restaurant and gallery] 10 Corso Como, of course – mostly Comme des Garçons, Maison Margiela and Alaïa – and I might go to Franco Jacassi, who owns Vintage Delirium. When we first opened the store he gave us all of these gorgeous buttons as it was a time when women would change the buttons on their coats. It’s different now, but you can still take a Zara coat to Mr Jacassi, buy his buttons and change the whole look.

Via Monte Napoleone is best known for its luxury shops, but it’s also where you find the most beautiful pasticcerie. There’s Sant Ambroeus, which later opened in New York; Cova is a highly traditional shop that makes its own panettone; and recently Marchesi, one of Milan’s oldest pastry shops, opened nearby. That’s why the area is so interesting – you can shop, or just look. Then you sit in a café.

Milanese food is very good. Antica Trattoria della Pesa, my favourite restaurant, serves dishes in the cucina povera tradition, such as cotoletta, a bone-in veal cutlet that’s so huge most people take it for two. Ho Chi Minh allegedly worked here in the 1930s. Special occasions call for Giacomo Arengario, right in front of the Duomo.

For somewhere to stay, we have three suites at 10 Corso Como, but I’ll also send visitors to Antica Locanda Solferino, a small hotel with a homely feel, and Hotel Manzoni, which has kept its original touches. For drinks, the Four Seasons has a lovely courtyard, as the building used to be a convent. You could stop there after lunch in the Bulgari Hotel’s amazing garden. 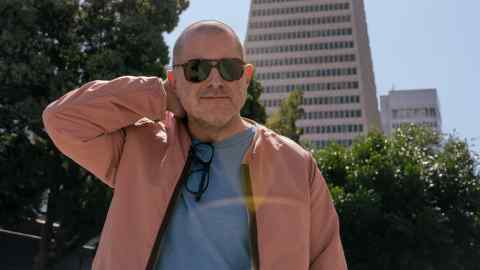 There was a time when the Milanesi used to run away on Friday afternoons and come back on Monday morning. Now they spend more time in the city, at galleries and museums, which is nice to see. People often ask me why I live here; I tell them it’s because I always have. But it’s also because the quality of life is so beautiful. People rush and run, but there is also always a place where you can stop, relax and enjoy life passing by.