Cathie Wood’s Ark Invest has set the bar on bitcoin ETF fees, analysts say, after it became the first asset manager to reveal a fee for its proposed bitcoin ETF.

The manager plans to launch a fund that will hold and track the performance of bitcoin, according to a disclosure filed with the Securities and Exchange Commission.

So far, at least 11 other shops have disclosed plans to launch crypto ETFs, including Fidelity, First Trust and WisdomTree. The SEC has not yet approved any bitcoin ETFs.

Ark’s disclosure reveals that the proposed ETF will pay the sponsor, Switzerland-based exchange-traded product provider 21Shares, a unified fee of 95 basis points. 21Shares will pay all operating expenses from that fee.

The ETF’s expense ratio would be likely to match the sponsor fee, analysts said.

Wood is an investor and a board member of cryptocurrency platform Amun Holdings, which is the parent company of 21Shares.

“Given that any approved product would provide identical exposure to the commodity as others, asset manager brand and costs will matter more than with an equity or fixed income ETF,” said Todd Rosenbluth, head of ETF and mutual fund research at CFRA Research.

Both ETFs already hold shares of Coinbase, the funds’ daily disclosures show. The Next Generation Internet ETF is also an investor in Grayscale’s Bitcoin Trust.

As a result, investors of the Innovation and Next Generation Internet ETFs would gain exposure to the forthcoming Bitcoin ETF without being charged for it, which would further boost the funds’ popularity, she said.

The Innovation ETF, Ark’s flagship ETF, garnered $15.4bn in net inflows during the year ended May 31, according to FactSet, while the Next Generation Internet ETF drew in $3.8bn over the same period.

“Since [Ark’s proposed ETF] already has a big market, others will want to match or undercut its expense ratio, kicking off a fee war in the space,” Mishra said.

Canada’s bitcoin ETFs underwent a similar race to the bottom, she noted.

The $756m Purpose Bitcoin ETF launched in February with an expense ratio of 100 bps. The $73m Evolve Bitcoin ETF, which rolled out a day later, slashed its fees by 25 bps, to 75 bps. Meanwhile, Canada’s third bitcoin ETF, the $186m CI Galaxy Bitcoin ETF, launched in March and charges 40 bps.

In the US, the first bitcoin ETF to launch would probably garner most of the new flows, Mishra said. If all bitcoin ETFs launched on the same day, the cheapest one would be the top seller, she added.

Bitcoin ETFs would carry higher fees than stock or gold ETFs because of the cost of custody, she explained.

The cryptocurrency exchange platform’s stock price rose 8.3 per cent on June 28, to $246.69, after news broke that it would collaborate with Ark on the ETF. Coinbase debuted on the Nasdaq in April.

Bitcoin might be held across multiple wallets, with the custodian implementing cold storage or the usage of several private keys and audit trails to protect assets, the filing noted.

The dearth of market-tested cryptocurrency custodians might be holding the SEC back from approving a bitcoin ETF, analysts told Ignites in March. However, this might be changing as more custodians put security measures in place to make sure that assets are being protected, Brian Mosoff, chief executive at Ether Capital, said in March.

BNY Mellon, for example, announced in February that it would begin offering digital-asset custody and administration services.

In March, the SEC warned custodians of digital assets that they should ensure such assets are safe. The regulator’s Division of Examinations also plans to scrutinise whether market participants handling digital assets can ensure that clients’ assets are protected from hackers. 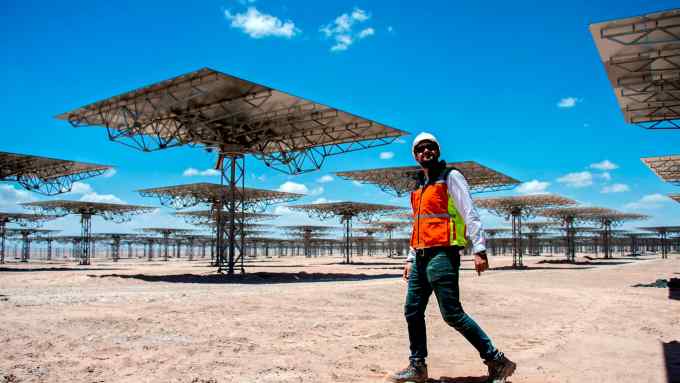