We’ll send you a myFT Daily Digest email rounding up the latest Retirement news every morning.

The pensions industry has appealed to MPs to help ensure a new service to help millions of savers keep track of all their retirement funds in one place is not ditched at “the eleventh hour”.

The Association of British Insurers made the appeal in a letter to the work and pensions select committee, following media reports this week that the government was preparing to abandon the so-called “pensions dashboard” project.

The pensions industry and the government have been working for the past two years to develop the pensions dashboard, which will allow savers for the first time to see all their pension pots in one online hub. The project was originally planned to be made available to savers from 2019.

But The Times this week reported that Esther McVey, secretary of state for work and pensions, was moving to “kill off” the project, not believing it was a service that should be provided by the state, and that it was a distraction from efforts to roll out universal credit.

“[The Department for Work and Pensions] is the largest department in Whitehall and is funded by the taxpayer to do more than one thing at a time,” said the ABI in its letter, published by the select committee this week.

“There is no credible reason why this project should not be proceeding at pace given the work already done and high levels of support from industry, your committee and from consumer groups.” 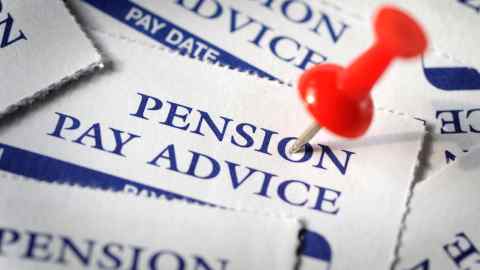 In 2017, Guy Opperman, the undersecretary of state for pensions, said “make no mistake, the dashboard will happen”. Questioned about this statement this week by the work and pensions select committee, Mr Opperman said no decision had been made on the dashboard’s future.

“That said, the department and government have been doing a feasibility study, they are then reviewing that, and a decision will be made . . . long and short of it is, you’ll understand that this is a matter on which the government has to make a decision. No decision has been made.”

When pressed by the committee on when a decision on the dashboard’s future would be announced, he said “fairly soon”.

In 2016, the then chancellor George Osborne announced plans to create the dashboard as millions of savers were being automatically enrolled into workplace pensions. The DWP has estimated that 50m pension pots will be lost by 2050 without a dashboard.

While the industry has worked with the government to develop a prototype, there has been debate over whether there should be multiple dashboards or a single service run by the government, as well as issues over data security and access.

Last year, Derek Morris, the former head of the UK’s Competition Commission, warned that savers were at risk of confusion if individual businesses were allowed to run their own versions of the dashboard, instead of a single service backed by the government.

Get alerts on Retirement when a new story is published