Sign up to myFT Daily Digest to be the first to know about Passive Investing news.

The huge adoption of passive investing has driven collective revenues for index providers, including MSCI, S&P Dow Jones Indices and FTSE Russell, to a record high.

Globally, index providers earned $4.1bn in revenue last year, up 9.7 per cent from 2019, according to a new report from Burton-Taylor International Consulting. Over the past five years, the compound annual growth has averaged 11 per cent, the report indicates.

MSCI garnered the biggest share of industry revenues at almost 25 per cent, followed by S&P, which accounted for 24 per cent, and FTSE Russell, with 19 per cent.

About half of the revenue, roughly $2bn, came from asset-based licensing fees that product issuers, including those running index funds and exchange traded funds, pay to track their indices and use the index branding in marketing material. Revenue from index licensing fees grew 11 per cent. Meanwhile, the industry collected $1.4bn from data subscription fees, which was just 2 per cent higher than the previous year.

“Index providers capitalised on sharp upticks in trading volumes — much of that influx is pouring into ETFs,” wrote Sean Eskildsen, an analyst at Burton-Taylor, in a review of his research. Globally, ETFs had a record $7.7tn in assets at the end of 2020, he added.

In the US, passive ETFs collected $447bn in net new sales in 2020, according to Morningstar Direct data, while active ETFs added $59bn. Passive ETFs represented $5.32tn at the end of December, or 97 per cent of all money in US ETFs.

“As droves of investors entered the marketplace, index providers adapted offerings to attract new entrants, with thematic and ESG indices growing at the fastest pace in 2020,” Eskildsen wrote.

Many of the largest index providers said they were hoping to translate the success they have garnered from traditional market cap-weighted benchmarks into next-generation indices, including those focused on environmental, social and governance research, as well as factors and investing themes.

“If you consider the sizeable business we have built in market cap-weighted indices and the significantly larger and broader range of applications for non-market cap indices, you can quickly see why we are so excited about these opportunities,” MSCI chief executive Henry Fernandez told analysts in April.

In the past year, MSCI has rolled out a series of fixed-income ESG indices, and rival S&P has debuted ESG versions of some of its most well-known indices, including the S&P 500, according to their websites.

The number of ESG benchmarks published by independent index providers rose 40 per cent in 2020, according to an October report from the Index Industry Association. This was more than 10 times the growth of all indices last year.

Index providers continue to pour their research and development budgets into this area because investors have made it clear it is an important element for them, said Rick Redding, chief executive of the Index Industry Association.

“As better corporate reporting happens on ESG, the index providers will be able to create more accurate and tailored benchmarks, which will lead the asset management community to create better products,” he said.

“We’ve been researching crypto for a while and hadn’t felt that it had the seriousness,” S&P chief executive Doug Peterson said in April. But with the recent development of exchanges, the maturity of cryptocurrency trading firms and the development of listed derivatives markets, “you’re starting to see some of the conditions that would allow us to develop some products”, Redding added.

However, so-called traditional equity indices still bring in the lion’s share of revenue, totalling $2.7bn in 2020, Burton-Taylor’s report shows. While fees on such products are often low, the size of the products generate significant sales.

Most ETFs or index funds do not have to disclose the licensing fees that they pay. But the world’s largest ETF, the $353bn SPDR S&P 500 ETF, does. It pays fees of 3 basis points on the daily size of the fund, plus a $600,000 annual licensing fee, according to its prospectus. Based on current fund size, the asset-based portion of the fee is $105.9m.

Yet the soaring amounts that index funds pay to benchmark managers raise some eyebrows.

Morningstar has sought to position itself as a disrupter in the index industry, Bundy said. In 2016, the firm began offering many of its basic equity indices for free when being used for general performance benchmarking purposes. The company also offers cost-effective options for index-tracking products, Bundy added.

Some asset managers have begun to push back on the increasing licensing fee costs, especially as competition squeezes their own revenue-growth prospects.

In 2019, BlackRock announced it had won price breaks from MSCI in a new 10-year deal. Under the deal, licensing fees are derived partially from the overall expense ratio of the ETF. And in 2012, Vanguard ditched MSCI altogether for a broader relationship with FTSE Russell and a long-term deal with CRSP to provide the benchmarks for its equity ETF family.

Get alerts on Passive Investing when a new story is published 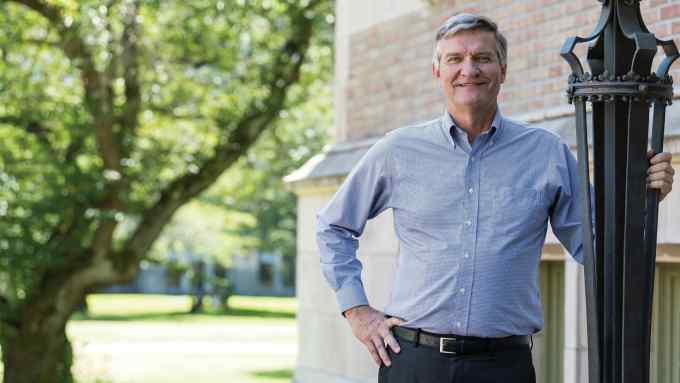