Although flexible networks have held up well, parts of the food chain are struggling

As the Covid-19 pandemic gathered pace in March, the chief executive of Nestlé warned his almost 300,000 staff: “Get ready for the storm to hit.”

The head of the world’s largest foodmaker had already been in crisis mode for a month. In February, Mark Schneider ramped up inventory levels of both raw materials and finished foods. A crisis committee began meeting twice a week, taking quick decisions on operational problems.

“Where you’ve seen lockdowns you have had to cope with shortages, and some of this got magnified by the lack of transportation capacity — everyone in this crisis is trying to book capacity so there is quite a bit of competition out there,” he said as Nestlé released earnings last month.

“There is no magic bullet . . . In some very limited cases we can think about adjusting recipes if there is a critical ingredient missing.”

The maker of foods from Cheerios cereal to Kit Kat chocolate and Maggi noodles has so far navigated the storm: in April it reported its best quarterly sales growth in almost five years.

The agility of networks such as Nestle’s has contributed to what many analysts say is a strong performance by global food supply chains so far in the pandemic.

“The overall food system has held up very well — it is quite resilient . . . In general, a more complex system creates more degrees of freedom for shocks to occur,” says Peter Alexander, lecturer in global food security at Edinburgh university.

Yet as the virus spreads, parts of the food chain are faring less well. Coronavirus has swept through US meat packing plants, forcing several closures. The chairman of Tyson Foods, the US meat company, warned in April of looming shortages: “The food supply chain is breaking,” he said.

Outbreaks of coronavirus in meat processing plants, where slaughter and production lines push workers closely together, have also led to closures in Australia and Ireland; in the US, millions of animals have been culled and discarded as farms lost their routes to market. This came even as thousands of people thrown into poverty by the pandemic queued at food banks.

Other farmers have similarly found themselves left with surplus product. Dairy farmers globally have experienced a drop in demand as restaurants, cafés and food-to-go outlets closed, leading to warnings that some farm businesses may collapse.

The drop in air traffic has also disrupted food chains: products from Brazilian papayas to Kenyan avocados would normally travel in the holds of passenger aircraft. Cancellation of flights has left farmers struggling to move produce with a limited shelf life. In India, transport and labour disruptions within the country have hurt the mango market, prompting prices to plunge.

Millions of animals are being killed and can’t be processed

“Markets for their produce, especially perishable goods, have collapsed and for some there is a challenge of getting the inputs they need — seeds, fertilisers and labour,” he says. “That’s compounded in poor countries where all farmers work on limited margins and are often in debt. This is going to tip more farmers into a really bad space.”

Disruptions to farm sales have also led to a shortening of supply chains. Mr Nabarro says UN agencies are promoting apps to connect farmers with buyers, including directly with consumers, where markets were closed or travel restrictions prevented farmers from transporting produce. Ludivine Petetin, senior lecturer at Cardiff university, who researches the policy, law and regulation of food and agriculture, says: “The local food chain is making a big difference in providing food security . . . and people are realising how important the local supply chain is.”

Liam Fassam, lecturer in operations and supply chain management at the University of Northampton, says long food supply chains — which can involve as many as 25 different companies over thousands of kilometres — mean most businesses lack visibility of the rest of the chain. This also curbs government action. “Because of the lack of tiered visibility, it’s hard for policymakers to come together and say ‘we know there is a million tons of wheat in Poland that needs processing’,” he says.

The disruptions are opening up potential for food fraud and safety breaches, he warns. “Millions of animals are being killed across the globe and can’t be processed — people will look to push those animals into other supply chains. They may end up in your shepherd’s pie” without proper safety measures, he says.

Such problems have pushed data up the agenda for governments, which are encouraging the development of information-sharing systems that enable visibility without breaches of commercial confidentiality, says Mr Fassam.

Mr Nabarro believes the length of supply chains may diminish. “Shorter supply chains offer greater resilience. I wouldn’t be surprised if there was greater thought given to that . . . accepting that you won’t be able to get everything you want all year round, you have to respect seasonality of production,” he says.

One immediate worry is how food production will adapt to the world reopening, particularly where the impact of the shutdown imperils businesses. “There are dairy farmers slaughtering their herds and walking away from their businesses . . . one concern is that when you turn food service back on, there will be no businesses to fill the gap,” says Mr Fassam.

The Financial Times is making key coronavirus coverage free to read to help everyone stay informed.

The broader economic effects of the virus are pushing millions into food poverty. The World Food Programme says the number of people in acute food insecurity may double by the year end to 265m because of the coronavirus.

Mr Nabarro says: “The way things work in food is very fragmented, and it suggests that as well as operating with different supply chains for different commodities and products . . . we need an integrated view of how every individual can get the nourishment that we need.” 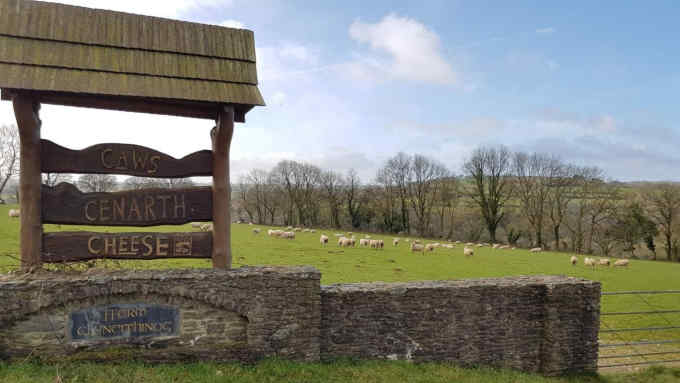 The death of globalisation and world-encompassing supply chains has been foretold so often that it is hard to imagine it might actually be happening. Could Covid-19 be the blow that finally shatters them?