“I don’t think I’ll ever use normal sunscreen again,” I announced after trying Unseen Sunscreen from US brand Supergoop! The translucent, SPF30 gel formula is weightless, scentless, moisturising and so velvety it moonlights as a make-up primer. My skin hasn’t felt this soft since infancy.

Supergoop! founder Holly Thaggard launched her brand in 2005, determined to make sun protection that people would want to wear every day. “That meant thinking incredibly inclusively: for every skin type, colour and tone… how do we develop something that is weightless, textureless, scentless and is literally unseen on the skin,” says Thaggard.

The Unseen Sunscreen, which has sold out four times since launching in the UK in 2020, is a leader among a growing number of sun protection products focused on wearability. Gone are the days of greasy complexions and the clownish white veil left by traditional formulas. New generation SPFs also offer benefits beyond UV protection, such as priming, soothing and hydration. “We all want multi-hyphenate products now,” says Alexia Inge, co-founder of online retailer Cult Beauty, “and that mindset has been applied to SPF.”

Many modern sunscreens offer anti-ageing features in addition to the usual defence against UV rays, such as antioxidants (vitamins C and E) that not only protect skin cells but also promote collagen production, diminish the appearance of fine lines and help with pigment regulation. Blue-light protection is another popular feature, as concern grows about the harmful effects of increased screen exposure on the skin.

If you put factor 50 into your moisturiser, that mix is maybe now factor five or eight”

Selfridges’ head of beauty Melissa McGinnis says its suncare assortment has increased by 28 per cent over the past year. One of her favourites is Tan-Luxe’s Super Glow Face Serum (SPF30), which acts as a gradual self-tanner while skin-plumping hyaluronic acid replenishes and retains moisture.

Inge says the more multi-faceted products tend to be “city SPFs”, as brands shift away from seasonal products to focus on everyday use. Murad was one of the first to capture this through its City Skin SPF50, which claims to protect against the harmful radicals encountered on a daily basis. The feather-light formula offers a glowy, luminous finish too.

Other innovations include SPF as droplets that can be worn solo or added to serums or moisturisers, such as the Sun Drops SPF50 from Dr Barbara Sturm or Coola’s SPF30 Sun Silk Drops. However, Dr Ifeoma Ejikeme, medical director of Adonia Medical Clinic, urges caution when mixing SPF into other skincare products. “If you think that’s factor 50, and you put it into your moisturiser, that mix is maybe now factor five or eight, because it’s so diluted,” she says.

Sunscreen typically works either as a physical or mineral barrier that sits on the skin’s surface and deflects harmful rays, or as a chemical formula that absorbs the energy from UV rays, changes their molecular structure and converts the UV radiation into heat, which is then released from the skin. “There were always problems with a lot of these products, like trying to make them suitable for everyone’s skin,” says Dr Catherine Borysiewicz, consultant dermatologist at The Cadogan Clinic. The new formulations combine physical and chemical blockers, and by minimising the molecular size of the minerals, “you don’t get the Queen Elizabeth I vibe going on”, says Inge. 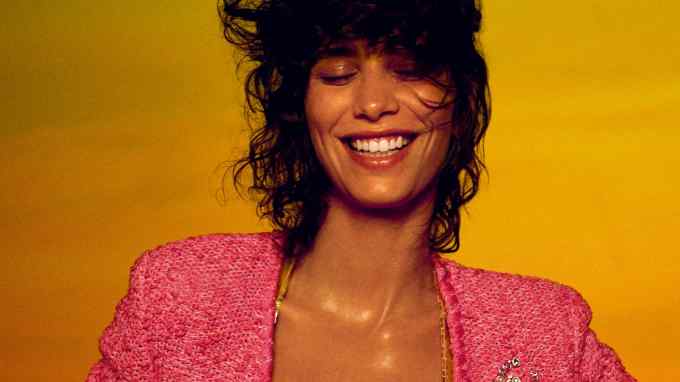