At only 25, the British-Nigerian painter is out to tackle ignorance about race — and is now exhibiting in Art Basel’s OVR: Miami Beach

Sitting on a chair next to a table, the woman wears an expression that is lucid and far-sighted, as if she has witnessed more than many. She is elegantly dressed in a long, fitted dress that billows around her in sepia, chocolate, beige and taupe. Those tones darken across her face and hair, the mottled, broken pattern suggesting light on water as it fractures and reforms.

Sarah Forbes Bonetta, the subject of the painting, must have possessed such protean resilience. Born in west Africa in 1843, the Egbado princess was sold into slavery in a neighbouring African state, rescued by a British naval captain and became goddaughter to Queen Victoria.

“I saw a thread on Twitter and I found her story really interesting,” recalls Joy Labinjo, who painted the portrait. Until then she had “heard about” Forbes Bonetta but knew little of her extraordinary life. “It’s a shame we’re not taught [these histories] in school,” she says, her mellow voice bell-clear across our WhatsApp connection. “We learn about the Tudors and Stuarts — it wouldn’t have been hard to fit her in.”

‘For me a lot of the [race] problems in the UK come from people not knowing how we came to be such a mixed country. I’m talking about colonialism’

Forbes Bonetta’s portrait is one of a clutch of new paintings that Labinjo will be showing both at Art Basel OVR: Miami Beach, with her London gallery Tiwani Contemporary, and in Tiwani’s West End space — Covid restrictions allowing. Created this year, the paintings mark a compelling new direction for the artist born in Dagenham, east London. Still only 25, of British-Nigerian heritage, Labinjo leapt to prominence last winter with a solo show at the Baltic Centre for Contemporary Art in Gateshead.

That exhibition revealed a startlingly mature practice that turned on Labinjo’s custom of constructing figurative scenes from photographs found in family albums. At once immediate and mysterious — plants stray into sitting rooms, unexpected patterns perplex — they were the work of an artist able to give her subjects an unyielding corporeal presence while hinting at hidden inner lives.

At that point Labinjo was focused on black subjects. As she told one interviewer: “It was important to focus on normalising the black figure and the black family and give them space to exist on a gallery wall.”

But as 2020 unfolded, with the killing of George Floyd and “the resurgence of the Black Lives Matter movement” — Labinjo quietly underscores that BLM was not a new phenomenon — she found herself driven by a new, urgent political impulse.

“I couldn’t not make work about it,” she says, convinced that ignorance is a crucial factor in the crisis. “For me a lot of the problems in the UK come from people not knowing how we came to be such a mixed country. I’m talking about colonialism,” she continues, “but also the perception that black people . . . came to Britain because of Windrush — which they did — but they were here before.”

Drawing in part on Black Chronicles, an exhibition of photographs of historical black figures put on by Autograph ABP at London’s National Portrait Gallery in 2016, and partly on her own research, Labinjo’s paintings revisit images of black Britons who were once sufficiently established to sit for their own portraits.

Alongside Forbes Bonetta, we discover a black gentlewoman whose refined glamour is intensified by the exquisite pattern of vines and flowers that is her backdrop. “I thought she looked really powerful and beautiful,” says Labinjo, of this figure whose name has been lost. “I found a wallpaper sample from her period at the V&A museum which I simplified to display her figure.”

That marriage of meticulousness with imagination is one of the reasons Labinjo is such a fine painter, capable not only of documenting her characters but also of giving them an intimate, human pulse.

Generous enough to send me images of paintings she has yet to finish, she includes an intriguing portrait of an impeccably dressed young black man lounging on a chair. “He looks really dapper and confident, possibly queer,” she remarks. “Very fashionable and posed”.

Next to him, Labinjo has placed a globe on a side-table. Her plan is to paint a map on it that will remind viewers of the “history and the world” that enabled her subject to be immortalised in his own era but erased his name from subsequent ones.

This year, however, Labinjo has also included more white people in her paintings; sometimes, their representation is benign. Included in the Royal Academy Summer Exhibition, “Jenny and Louis” (2020) shows a white couple, casually dressed, arms around each other, their smiles exuding innocent bonhomie.

But there are also works such as “Africa-Britain” (2020) in which three white men, suited and booted, march across the painting carrying sinister black suitcases. Their jutting chins and smug expressions ooze entitlement: it was made, says Labinjo, at a time when she was “thinking about the wealth accumulated in Britain from the slave trade.” She pauses. “It’s up to the viewer to imagine what’s in the suitcases. It could be oil. It could be sugar. It could be money.”

Equally unnerving, at least for white viewers, is “We Don’t See Colour, We Don’t See You” (2020), a painting of 11 white faces, either covering their eyes with their hands, squinting through their fingers, or adjusting their spectacles as, one way or another, they avoid the sight of the unseen black people beyond the frame.

“I was terrified to take my work in that direction,” admits Labinjo, when I ask her how she held her nerve as she made work that will certainly make many white viewers extremely uncomfortable. As a clutch of these works went on show at the Breeder Gallery in Athens earlier this year, Labinjo recalls that she “would go home to bed and think, ‘Fuck! Fuck! What have I done?’”

These are paintings that crackle with the energy of an artist in the grip of passionate feelings. “Yes!” confirms Labinjo, adding that during the summer’s tsunami of white breast-beating, she felt frustration and “anger at finally being believed” after “being made to feel as if you were lying” as “white people [finally] woke up to racism.”

“Painting gave me something to do with the emotions. It was more overwhelming when I wasn’t painting,” she recalls. Other artists pointed the way, including African-American artist Faith Ringgold — “her thoughts were big thoughts but she was able to put them in a painting” — and the black British painter Donald Rodney, whose picture “How the West was Won” (1982) shows a white cowboy turning a gun on a Native American, his body contoured with the legend: “The Only Good Injun is a Dead Injun.”

FT Magazine
Artist/film-maker John Akomfrah: ‘I want to say something about ordinary blackness’

As the news cycle moves on to the gospel of a Trumpless America and a potential Covid vaccine, and those black Instagram squares are drowned by winter flower arrangements and lockdown puppies, Labinjo’s new paintings are electrifying visual memos for a year like no other. From Sarah Forbes Bonetta to those menacing bureaucrats, they remind black viewers that their roots in Britain run deep and call on white viewers to honour their promises. Lest we forget.

Listen to our podcast, Culture Call, where FT editors and special guests discuss life and art in the time of coronavirus. Subscribe on Apple, Spotify, or wherever you listen

Explore the series
READ MOREArt for the soul: where culture, nature and wellbeing meet
A new sculpture park in Miami hopes to make waves 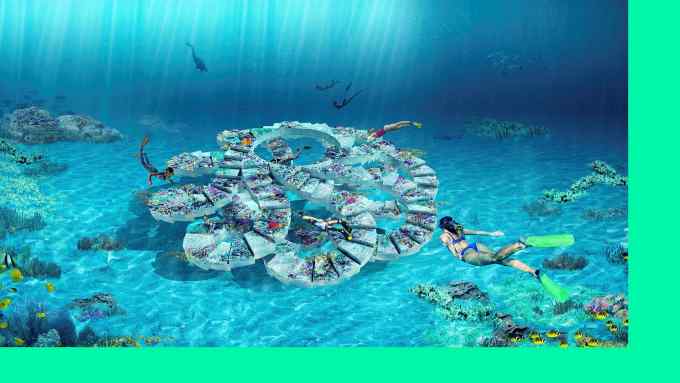