US bank in talks to buy California’s United Capital

Goldman Sachs is closing in on a deal to buy investment management group United Capital Financial Partners as the Wall Street firm accelerates its push to manage money for middle America, two people familiar with the situation told the FT.

The deal is likely to see the traditionally acquisition-shy Goldman pay “around $750m” for California-based United Capital, the people said, a small sum relative to the bank’s $73bn market valuation but still its biggest acquisition since the financial crisis.

Up for grabs is a firm with $24bn in assets under management and more than 220 advisers spread across 95 offices, a prize for Goldman as it expands its traditional business serving the super-rich to a more mass market wealth management business competing with the likes of Charles Schwab and Morgan Stanley.

“It’s a national client base, a tonne of offices, a very good footprint,” said one of the people, adding that United Capital’s philosophy of “helping people live richly” was a good cultural fit with the wealth management business that Goldman is building. Goldman’s investment management business has $1.6tn in assets under supervision.

Goldman declined to comment on the deal, which was first reported by The Wall Street Journal. United Capital could not immediately be reached for comment.

As Mr Solomon and his team work on a medium-term strategy that will take Goldman away from its investment bank roots into more stable revenue sources, the bank has also spoken of efforts to cross-sell more wealth management products through Ayco, a specialist provider of workplace financial counselling that it bought in 2004.

“We need to grow (wealth management), that’ll be another part of it (the strategy),” said one person familiar with Goldman’s evolving plan, which also includes creating a new cash management business, refining its fixed-income trading operations and bringing more outside capital into its alternative investments businesses.

In wealth management, Goldman plans to use technology to reach a broader client set, initially in the US and then internationally, the person added, in comments echoed by several peers. 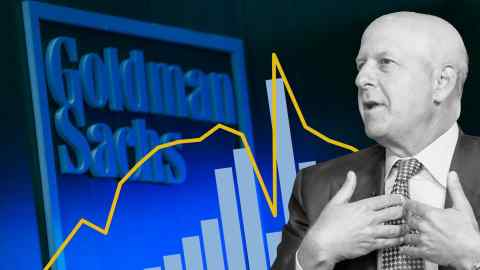 United Capital offers Goldman both a physical wealth manager and a digital tool FinLife, which United Capital says frees up financial advisers to “charge for what clients value most — guidance that helps them live the life they want”. The investment manager’s future branding and integration will be considered as part of Goldman’s wider wealth management strategy, the person said.

United Capital has effectively been up for sale since January when its chief executive and founder Joe Duran, a self-described yogi who maintains a prolific feel-good Twitter stream, said his firm was seeking a “single partner”, though at the time he said a private equity firm was the most likely suitor.