‘You can no longer turn a blind eye’: US philanthropists on racial justice causes

Black Lives Matter protests persuaded some donors to give, but others still have doubts about treading on sensitive ground

As coronavirus swept the US, it quickly became obvious to Dana Dornsife and her husband David that the pandemic would have an outsized impact on communities of colour.

After Drexel University, Dana’s alma mater, approached the couple last summer, they donated $9m to establish the Center on Racism and Health, which will conduct research on racial inequality and health disparities as well as provide training and advocacy.

Dornsife, an entrepreneur, philanthropist and CEO of Lazarex Cancer Foundation, says the centre has the potential to increase awareness of racial healthcare disparities and help underserved people to access care. “Once you see the disproportionate impact on our communities of colour around diagnosis of Covid, death caused by Covid, inequitable access to healthcare to help overcome Covid, you can no longer turn a blind eye to that,” she says.

The Dornsifes are not alone among wealthy US philanthropists — who are mostly white — in focusing their money on black America. As well as the disproportionate impact of the pandemic, they are responding to the killing of Breonna Taylor, George Floyd, and many other black Americans. But some philanthropists are reluctant to concentrate solely on racial equality, preferring to give to broader causes such as environmental organisations and homelessness, according to a consultant to wealthy donors. For some, an unwillingness to support racial equality stems from disagreement with some of the aims of the Black Lives Matter movement, which arose in response to the killings of black Americans, largely at the hands of police.

The pandemic has made inequality even more difficult to ignore. In October 2020, a report by the Centers for Disease Control and Prevention found that although most US citizens who died of Covid-19 were white, black and Hispanic people were disproportionately represented in the data. Before the pandemic, many people did not understand the healthcare disparities faced by communities of colour.

The Dornsife fortune was accumulated through David Dornsife’s career in the steel industry, explains Dana. She says the two “met as a result of my design business 25 years ago, and have been using our wealth together to benefit others throughout the world ever since.” Through her work at the Lazarex Cancer Foundation, a non-profit she founded in 2006, Dornsife came to understand the lack of access to quality healthcare for cancer patients of colour. Though Dornsife and her husband were involved in the launch of the Center on Racism and Health, she says they trusted the Drexel faculty to determine how to best use the funds.

“We have just found that part of building a successful program is empowering those individuals who have that knowledge base to feel comfortable to just go to work, and focus on their work, keep their head down, keep their hearts forward and get the job done,” Dornsife says.

Of the more than 600 US billionaires in Forbes’ list, only seven are black, such as the media star Oprah Winfrey or Robert F Smith, who paid off the student debt for the 2019 class of Morehouse College. Less well-known donors include McArthur Binion, a visual artist and founder of the Modern Ancient Brown Foundation. He launched the Pay-It-Forward Artist Campaign, which selects five Detroit-based artists for unrestricted microgrants of $1,500. Recipients then choose other Detroit artists to receive a $1,500 grant, a move he says aims to strengthen local bonds.

Binion earned his master of fine arts degree at the Cranbrook Academy of Art in Michigan — among the first black artists to do so. Detroit is an artistic hub as well as home to one of the biggest US black populations: 78 per cent of residents are black.

“Detroit’s legacy historically has been a city known for cultivating its music scene and in general there is support for musically inspired artists. I want to bring to the surface visually talented young artists,” Binion says. “My hope is for them to intensify their pursuit and eventually become full-time working artists.”

This autumn, Modern Ancient Brown will launch a residency programme, allowing graduates to use its studio space for three months for free. Resident artists will receive a stipend for art supplies, and Binion funds the grants himself. He says he hopes that a program for young black artists by a black artist will set an example for others.

He is represented by Lehmann Maupin. Rachel Lehmann, co-founder, says she recalled spotting Binion’s work during the Venice Biennale in 2017, which struck her and her partner, David Maupin, as “being an exceptional voice”. Though Detroit has artistic institutions, a rich culture and a concentration of artists, the city lacks support for them, Lehmann says. It has not recovered from previous economic blows and the pandemic laid bare inequities that had long been ignored. “What he wants is to have artists from different parts of the arts to be able to express themselves. That’s all. Be heard. Be seen. And therefore become successful hopefully,” says Lehmann.

Some non-profits, too, have allowed community activists on the front lines to take the reins. The Field Foundation, which funds justice, arts and leadership programmes, awarded no-strings-attached grants to social justice activists and organisations in June through its Leaders for a New Chicago programme. The goal was to recognise racial-justice leaders in the city who needed rest and support for their work, says Hilesh Patel, its former leadership investment program officer.

Similar to the approach taken by Modern Ancient Brown, grant recipients will select next year’s honorees, which puts racial-justice leaders in charge, Patel says. (The board will get final approval over grant recipients, he adds.) The foundation opted not to require reports from grant recipients, because they wanted to trust them to spend it as they see fit. “With that very traditional, often colonial, very racially problematic model, that trust is not really fostered in communities,” Patel says. “Communities, organisers, leaders, organisations, they deservedly do not have high trust of philanthropy, even if they are seeking funding because philanthropy hasn’t always done the most equitable job.”

However, another problem is that philanthropists do not understand the Black Lives Matter movement or what phrases like “defund the police” mean, he says. The latter, for example, refers to redistributing resources toward other community needs, but some philanthropists raise concerns about fewer police officers, says Patel. “It’s really important . . . to make sure those terms, ideas and concepts are fully fleshed out and defined, so that they don’t become amorphous,” Patel says.

Antonia Mitchell, director of Aurelia Philanthropy, a consultancy, says the debate among some wealthy families over whether to support racial equality splits the generations. She has noticed that younger members want to focus on racial equality, while older members may want to give to medical research, environmentalism or other causes, she says. Though they may have supported the civil rights movement 60 years ago, some older philanthropists have expressed disappointment with a lack of progress since. They tend to have less diverse social circles and are not as present on social media or as familiar with stories of racial injustice, she adds. Younger members of affluent families are more convinced that they can effect change. “In the truest sense of being colourblind, they [the older donors] want to see improvements. And they understand [the importance of] helping one of the most challenged groups in society,” Mitchell says. “But that isn’t to say that they only want to support that. And philanthropy often gives a way to predominantly support [one disadvantaged group] while also helping others.”

But some philanthropists are changing their approach. They want to look at how specific charities operate, check if they work in an anti-racist way and prompt them to reform, Mitchell says. She foresees more philanthropists inquiring about racial diversity in leadership, for example.

Donating to non-profits can offer more of a tangible, immediate benefit to people’s lives than, say, giving to political candidates who try to make changes on a systemic level, argues Rosalind Chow, an associate professor of organisational behaviour and theory at Carnegie Mellon University. When evaluating the effectiveness of racial equality efforts, she recommends paying attention to the communities who receive the money and the restrictions imposed on gifts. Philanthropists “need to be willing to give up control, in some way, of how those monies are spent,” Chow says. “Where are they putting the money? Is it on things that are more visible but potentially less impactful for institutional change? Once they decide to give, how much freedom, how much latitude do the organisations have in how they spend that money?”

Metrics may not reflect true efficacy, Chow says. It can be difficult to measure precisely how much trust and goodwill a non-profit has garnered within communities. An emphasis on measurable outcomes can sometimes lead charities away from work that is in the best interests of the people they serve. While some funding organisations want to know how many people a non-profit works with, it can be difficult to quantify how many members of the community with whom the charity has built trust, she says.

The disconnect between mostly white philanthropists and the pursuit of racial equality could stem from the fact that time has passed since Floyd’s murder, Chow says. Research suggests that support for Black Lives Matter may have declined among white Americans, despite the fact that protests have been largely peaceful. Media coverage of Black Lives Matter protests could have played a role in declining support, she adds, with some news reports depicting instances of violence during the protests. “Outrage is just really difficult to sustain over time,” Chow says. “When you are feeling vicarious outrage on the behalf of other people — unless you’re really, really committed, it’s easy to just kind of slide back into complacency when it’s not a reality that you face every day.”

Dornsife hopes donations will confront racial inequality in the long term. She advises fellow philanthropists to understand their core goals, conduct thorough research and listen. “We can’t do nothing,” she says. “We really need to help in a way that feels good for them, in a way that is culturally appropriate . . . and in a way that is sustainable.”

Get alerts on Philanthropy when a new story is published 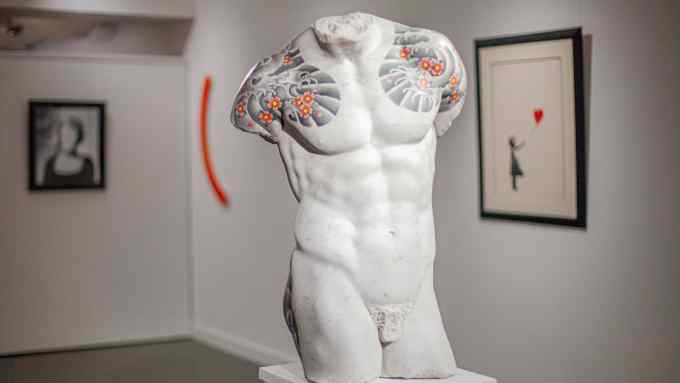