Employees struggling with the soaring cost of living are at higher risk of suffering mental health problems, research has found — prompting calls for employers to offer more financial literacy initiatives, or direct support.

Two out of three UK employees say money worries affect their mental health, while three out of five say this financial distress is affecting their performance at work, according to a survey by workplace savings provider Cushon.

As a result, the cost of living crisis presents a “double whammy” hit to productivity, argues Steve Watson, Cushon’s head of proposition, as financial worries firstly affect an employee’s ability to do their job, and can cause mental health problems, which may further hamper longer-term efficiency. Workers suffering from stress, anxiety and depression took an average of 21.6 days off sick in the financial years 2019 to 2020, according to the UK Health and Safety Executive.

“We used to think about financial wellbeing and wellbeing separately but now we have to see it more holistically, says Watson. “Everything is linked.”

UK consumer price inflation soared to 9.1 per cent in May, higher than in any other G7 country and the highest in Britain for three decades. With energy and food prices surging, many on lower incomes are being forced to choose between heating their homes and eating.

And the problem may be more widespread than employers think. More than half of UK adults report feeling anxious about rising prices, while one in five say they feel unable to cope, according to research by think-tank the Money and Mental Health Policy Institute.

Money worries can also exacerbate existing health problems: the survey found that almost one in five people being treated for mental health problems has missed a healthcare appointment because of not being able to afford to go.

Conor Darcy, head of research and policy at Money and Mental Health, says people have told him they are not showering or cooking to save on energy costs, and he expects the situation to worsen as utility bills spike this winter and workers run out of savings. One in 6.8 people experiences mental health problems in the workplace, according to the Mental Health Foundation.

“We still hear lots of people who are just about getting by, they are using their savings, but they may be turning to a little bit of credit now,” Darcy says.

In the US, the relationship between financial worries and health can be even more direct — or like a “chicken and egg”, according to Heather Odle-Dusseau, chair of the management department at Gettysburg College, who has studied how financial distress impacts workers.

She says a study shows that healthcare bills were the largest source of financial hardship, which in turn caused distress and mental and physical health problems. The second and third most common causes were losing a job and student debt.

But, in spite of the clear toll on their employees, employers can be reluctant to intervene, fearing that they will encounter demands for higher pay.

Christian van Stolk, executive vice-president at RAND Europe, which has studied the impact of financial interventions from money management lessons to pay advances, says they are not a substitute for poor pay.

“You can’t just say our workers need to be more financially literate if they are on very low incomes, supplemented perhaps by benefits,” he argues.

Other companies have been found to underestimate the problem — for example, by presuming that higher earners will have more robust financial literacy skills.

A RAND Europe study, commissioned by the Wellcome Trust, analysed data from two major workplace surveys, in Britain and Asia. Overall, it identified low participation rates in financial wellbeing initiatives. But it found that, for those who did engage with programmes, their mental health improved. This was especially the case for younger people, those on lower incomes and, in the case of the UK, those with ethnic minority backgrounds.

Other studies have shown that financial counselling and coaching can increase employee satisfaction with their situation and reduce requests for workplace loans. Darcy says that, for those already suffering from mental health problems, employers can help “signpost” resources.

“It can feel quite obvious, sometimes, when you are saying, ‘If you’re struggling financially, there are places where you can go and get help’,” he observes. “[But] when people are really struggling mentally, just finding that effort to . . . figure out which is the right place to go and get information — and who can you trust — can be really tough.”

Employers can go further and step in themselves. One 2010 study showed that pay advances decreased bill defaults. And, in the UK, Watson suggests that by switching employees’ pensions to a salary-sacrifice arrangement, companies could put a couple of hundred pounds more back in workers’ pockets each year (figures for an employee earning £30,000).

He says a number of employers were also considering allowing people to divert some of their pension to savings to provide an emergency fund or house deposit, or encouraging automated savings by offering bonuses for those who save for several months.

Van Stolk says the mental health crisis has become so serious that employers are investing just to stem the tide of problems.

But he adds that there is still a stark divide between the low paid, who are rarely offered interventions, and employees on higher incomes, as well as between those who work for large and small companies.

“Most employers are becoming much more aware of these things and are intervening in those areas,” Van Stolk says. “But I would put the spotlight on smaller employers who often have very limited means.” 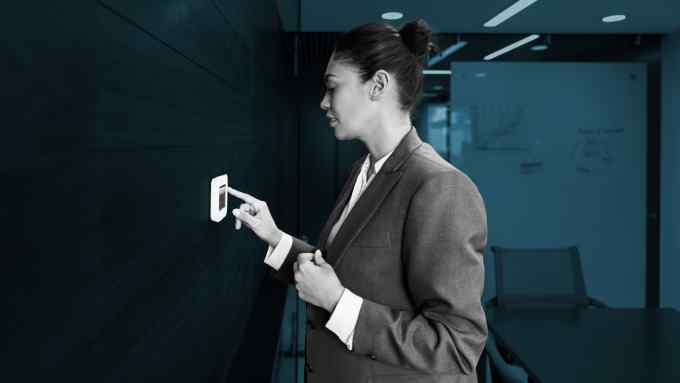