Investors in a $15bn exchange traded fund are being warned to brace for a major rebalancing at the end of May that could see Amazon, currently one of the top 10 holdings, removed from the index altogether.

The cautionary advice on the iShares MSCI USA Momentum Factor ETF (MTUM) from CFRA, a research consultancy, might not come as a complete surprise to those who have been monitoring the market rotation away from growth to value companies, but the scale of the expected changes is a reminder that some ETFs can dramatically revamp their holdings.

“We have highlighted to our clients the importance of a regular look under the hood of their ETFs because what is inside is often not static,” said Todd Rosenbluth, head of ETF and mutual fund research at CFRA.

“Those that used momentum ETFs as a replacement for growth funds need to be aware that these funds will soon hold more traditional value-oriented securities than in the past,” he said, adding that investors who wanted to retain a strategy that consistently favoured growth might want to select something like Invesco’s QQQ ETF, which tracks the Nasdaq 100, or another vehicle focused on the technology sector.

BlackRock said that the benchmark index for MTUM is the MSCI USA Momentum SR Variant Index, which rebalances semi-annually. MSCI said that as this related to a forthcoming rebalancing, it was not able to discuss inclusion and/or exclusion as it related to constituents.

“This particular fund has no sector constraints, so sector exposures can flip,” said Kenneth Lamont, senior research analyst for passive strategies at Morningstar.

MTUM is a smart beta, or strategic beta, ETF. These funds, which allow investors to emphasise so-called investment factors such as momentum — buying securities when they are rising in price and selling them when they are falling — or stock-centred approaches such as value or growth, had collective assets of $1.2tn at the end 2020, according to Morningstar.

Morningstar blames unrelenting fee competition for their decline in popularity.

MTUM has a total expense ratio of 0.15 per cent. CFRA research indicates the ETF climbed 52 per cent in the 12 months ended April 23, in line with the S&P 500, but had trailed the index since the beginning of the year, rising just 7.9 per cent — much lower than the 12 per cent gain for the broad US benchmark.

The fund’s May revamp will be based on stocks’ relative performance in the six and 12-month periods up to the end of April, with companies that have underperformed the wider S&P 500 index potentially replaced by those that have outperformed it.

Based on market movements as of this week, Rosenbluth forecast that Amazon, which currently accounts for 4.6 per cent of the portfolio, could be removed altogether.

MTUM is currently heavily weighted to growth stocks in the broader information technology sector, which accounts for 42 per cent of assets. It has minimal exposure to traditionally value-oriented financials, at 1.5 per cent and no energy sector holdings at all. CFRA expects financials such as Wells Fargo and Capital One to be added in the next rebalancing when it forecasts exposure to financials to rise to the mid-single digits.

Other stocks at risk of ejection include Costco Wholesale, Netflix and Nike, which have “been hurt as [market] sentiment shifted from companies that benefited as people stocked up on food and watched movies in 2020 to those well positioned as people prepared to leave their homes”, amid vaccination programmes in countries such as the US, Rosenbluth said.

In a sign of the market rotation, energy companies such as Occidental Petroleum and Valero Energy, which have more than doubled in value over the past six months, are likely to be added. Rosenbluth forecast that MTUM’s exposure to the energy sector would exceed its 2.6 per cent weight in the S&P 500 after the rebalance.

While investors in MTUM might want to check their overall exposure to certain sectors as a result of its coming rebalancing, Elisabeth Kashner, director of ETF research and analytics at FactSet, said the logic behind purchasing it in the first place was still sound. 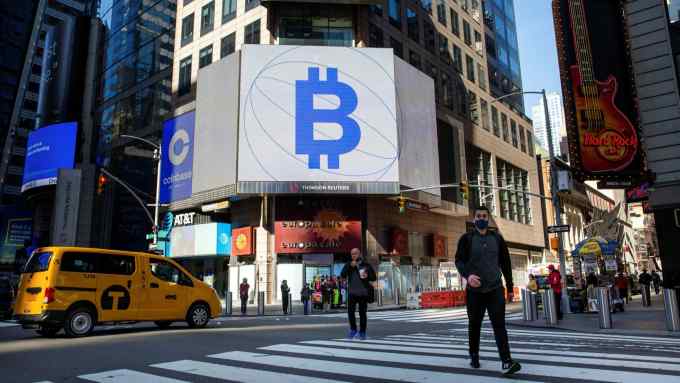