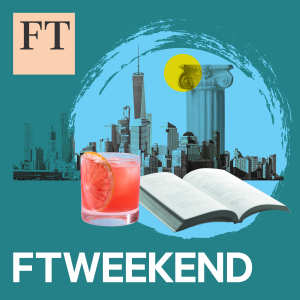 This week Lilah goes to Savannah, Georgia, to visit chef Mashama Bailey. Mashama recently won Outstanding Chef at the James Beard Awards. Since 2014, she has been chef and partner at The Grey, a restaurant located in a formerly segregated bus station. And she has been redefining American food by reclaiming its African-American roots. But because so much of this history hasn't been documented, how do you find and preserve it, and also expand on it? Mashama explains her creative process. We also speak with Stephen Satterfield, host of the Netflix docuseries High on the Hog. Stephen is the founder of Whetstone Media, which is dedicated to tracing food stories back to their roots of origin.

Links and mentions from the episode:

Lilah’s written piece on Mashama in the FT Magazine: https://on-ft-com.ezproxy.cul.columbia.edu/3I8v4br

Mashama and her business partner John O Morisano’s memoir about The Grey is called Black, White, and the Grey

Stephen is the founder of Whetstone Magazine and Whetstone Media. You can learn more at https://www.whetstonemagazine.com/

Whetstone Radio Collective has a suite of podcasts: https://podcasts.apple.com/us/channel/whetstone-radio/id6442689915

Dr Jessica B Harris’s seminal book on African-American food history is called High on the Hog: a Culinary Journey from Africa to America

Edna Lewis is considered the first lady of Southern cooking. Her groundbreaking cookbook, published in 1976, is called The Taste of Country Cooking

Lilah also recommends Bryant Terry's 2021 cookbook Black Food, and the work of Michael W Twitty. Michael is on Instagram at @thecookinggene and has an excellent Masterclass session on tracing your roots through food

Mashama is on Instagram at @mashamabailey. Stephen is at @isawstephen

Special offers for FT Weekend listeners, from 50% off a digital subscription to a $1/£1/€1 trial can be found here: http://ft.com.ezproxy.cul.columbia.edu/weekendpodcast

Come join us at the FT Weekend festival in London on September 3rd! Buy a ticket at ft.com/ftwf. Here’s a special £20 off promo code, specifically for our listeners: FTWFxPodcast22

Read a transcript of this episode on FT.com