Spending cap ushers in return to profitability for F1 teams

The profitability of Formula One teams has traditionally been summed up by a joke attributed to the American Nascar driver Junior Johnson: “The best way to make a small fortune in racing is to start with a big one.”

Historically, the most successful teams — especially Ferrari, but lately also Red Bull and Mercedes — have had to spent lavishly to keep themselves at, or near, the front of the grid. In recent years, more than $400mn could be spent during a season.

And, over the past decade, at least four of the 10 teams on the grid have struggled financially, including McLaren, which “spent everything we had and then some in our desire to get back to the front of the field,” according to chief executive Zak Brown.

But those days of endless spending appear to be coming to an end — along with the long history of teams scraping through a season by cutting corners, paying salaries late or not at all, recruiting uncompetitive “pay drivers” for their ability to bring money in, and, in the not too distant past, receiving midseason bailouts from former F1 ringmaster Bernie Ecclestone.

Now, under the ownership of Liberty Media, the sport has made changes. Increased revenue from television contracts and race promoters has helped create a $700mn prize money pot to be shared between the 10 teams, on top of sponsorship deals.

But the most critical new development has been the introduction last year of a mandatory ceiling on most (though not all) categories of spending by teams: starting at $145mn in 2021, falling to $140mn this year, and $135mn in 2023.

“A lot of teams did not need to be profitable, because their owners saw it as part of global investment that delivered a return for the business,” says Formula One Group chief executive Stefano Domenicali. “But, to stimulate the growth of our business, it is essential to maintain the financial viability of our major stakeholders, which means controlling costs while increasing revenue.”

Domenicali, who was team principal at Ferrari between 2008 and 2014, says the impact of the cost cap is already visible in the teams’ balance sheets. “Despite the Covid situation, last year was the first in which we did not receive any requests from teams for advance payments,” he says.

“As a commercial proposition, Formula One is very stable and strong — all the teams can earn money. We have never had so many partners investing in the sport, directly with us or with the teams. And we see the level of return on investment getting bigger as we expand in new markets such as the US.”

Domenicali also says the benefits of the cost cap are visible in the narrowing of performance differentials between the different cars. “All the teams had scored points after five races, which had never previously happened in the history of Formula One,” he says — arguing that this not only means more prize money for all the teams, but also helps them to negotiate better sponsorship deals.

Even teams that were among F1’s big spenders see the value of the cost cap.

“It has prevented billionaire team owners outspending each other on salaries,” says Toto Wolff, team principal and shareholder of eight times constructors’ champion Mercedes. “The cost escalation made the teams unsustainable, which meant that Formula One was not interesting to potential new participants.

“Today, investors know you cannot spend more than $140mn and Mercedes and Ferrari cannot either. Meanwhile, the Ebit [earnings before interest and taxes] of F1 is growing, and the teams take around 70 per cent of that. Even the lowest placed team will get between $75mn and $80mn in TV money before they sign up a single sponsor or a driver that brings in money. The most important thing for team owners is the predictability of their business case.” 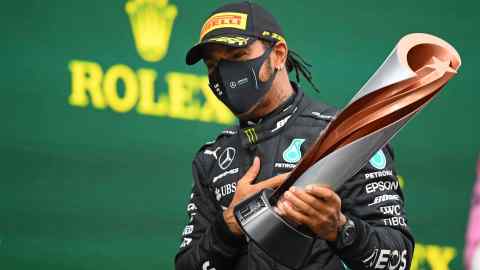 It is also a significant development for the big teams. “We’ve gone from a cost centre — although we were always around break-even because of our success — to a double-digit margin Ebit business,” Wolff says. “For a team owner, rather than just being a trophy investment that generates a return from marketing, it has become a profitable sports and entertainment business.”

The cost cap was long overdue, according to McLaren’s Brown. “Previously, there was really no path to profitability because the sport was about who could afford to lose the most,” he says. “It’s still early days, but we’re seeing signs of how it is starting to level the playing field. I believe it will provide fans with more competitive and compelling racing throughout the entire field, and a better financial proposition for racing teams and their shareholders.”

However, this has significant implications for new entrants and the value of F1 teams. Opportunities to enter the sport through distressed sales have substantially diminished. Nor does there appear to be any great enthusiasm among the existing teams to expand the size of the grid to the maximum of 24 cars, not least since it would divide up the income cake more ways.

“It would only make sense if a new team was accretive to the business in terms of brand image or additional income,” Wolff says.

Rather than just generating a return from marketing, F1 has become a profitable sports and entertainment business

From an economic perspective, F1 teams are increasingly likely to resemble the US sports franchise model, he suggests, in terms of the limited supply and demand. “Today, if you if you want to buy a Formula One team, just like an NFL or NBA team — you can’t. There is simply no team for sale.”

Brown says that the value of an F1 franchise is going to increase significantly, as in other sports. “Historically, buying an F1 team brought the obligation to support it financially — the acquisition price was just the starting point,” he says.

“Now, teams have the ability to be self-sufficient, for a shareholder it becomes a much more attractive franchise to own. There are only 10 and all of them are healthy. If you consider that we had a valuation of $560mn and Williams was reportedly sold [to Dorilton Capital] for about €150mn, if Chelsea Football Club is being sold for $5.2bn, it certainly shows how much value growth [potential] there is in an F1 team under the new cost path of Liberty’s ownership.”

F1’s Domenicali says he has never previously seen so much interest from investors, not only in attempting to create new teams but also in taking stakes in existing ones. “It means that from a financial perspective the platform is robust enough to guarantee a return on investment.” 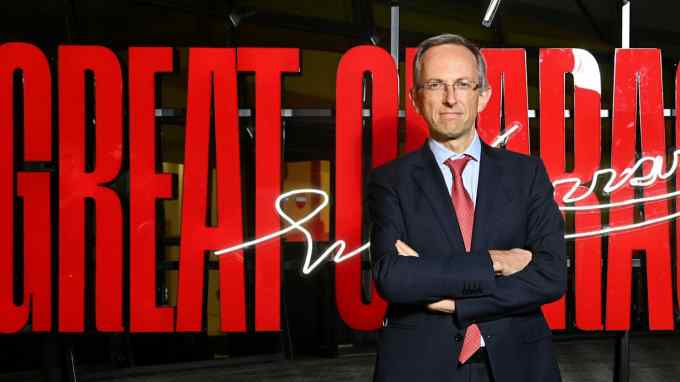