We’ll send you a myFT Daily Digest email rounding up the latest UK news every morning.

For a piece of corporate literature accompanying a black-tie charity event, it was an unusual waiver. “The Presidents Club shall accept no responsibility and shall not be held liable for any actions of its members, staff or event attendees that amount to harassment.”

But then the auction held on the evening of the Presidents Club 33rd Annual Dinner 2018 at London’s plush Dorchester hotel was an unusual one. And the club itself is no ordinary club.

One of the main reasons for the Presidents Club’s existence is to raise money. Over the past two years it claims to have made donations of £2.1m to a string of charities focused on helping children, notably a long-term project with Great Ormond Street hospital to fund the Presidents Club High Dependency Unit, which opened before Christmas.

If the club has held an annual dinner for 33 years without a break — and such is its secrecy it is hard to be sure — it has been meeting since 1985, the year before the Big Bang revolutionised the City and created a new breed of British millionaires.

The Dorchester has been a regular venue. The welcoming words in the glossy brochure that hailed the achievements of the charitable trust and listed the lots for the auction held on Thursday night were signed by David Meller and Bruce Ritchie, the trust’s joint chairmen.

Mr Meller has a strong interest in education, chairing the Meller Educational Trust, which sponsors five academies and two university technical colleges. He has government connections, too: he is a non-executive board member for the Department for Education and a trustee of the Mayor’s Fund for London. At the start of this year he was awarded a CBE for his charitable work.

Alongside Mr Meller and Mr Ritchie, the property developer Harvey Soning is a trustee of the charity. Harvey Goldsmith, the rock impresario, stepped down as a trustee two years ago after a long association but remains as a “lifetime president” alongside Peter Shalson, who made his money from pubs, the stockbroker Barry Townsley, and the old-time comic Jimmy Tarbuck.

The other goal of the Presidents Club is to entertain its guests as they open their wallets for good causes.

But as that unusual legal note on harassment suggests, there appears to be a seamier side to a Presidents Club night out.

“A boob job for the missus — ten grand to get me started,” bellowed Jonny Gould, the man who presented Channel 5’s Major League Baseball show. To whip up the crowd into a bidding frenzy, his introduction to lot 8 was typical — a course of plastic surgery donated by 111 Harley Street clinic, whose founder, Dr Yannis Alexandrides, was on the guest list.

“Close your eyes and you’re sleeping with the most beautiful woman in the world,” Mr Gould added, before bringing one of the hostesses hired by agency Artista up on to the stage as a living advertisement and watching as she pointed out the various parts of her anatomy that had been “done” at the clinic.

Video: My time undercover at a men-only event

With a winning bid of £25,000, Mr Gould proclaimed the prize won by “the legend that is Richard Caring”, owner of a string of high-end restaurants including The Ivy and at that moment seated at table two.

Other prizes were similarly designed to appeal to the audience’s sense of masculinity. As well as the cosmetic surgery and an exclusive night at the lap-dancing establishment The Windmill, Mr Gould sold off a supercharged Land Rover, fine-tuning for a Range Rover, a Tesla Model X, a BMW i8 Roadster, and an array of flights in private jets and helicopters.

There were some less macho prizes, such as the personal services of two top chefs — Nuno Mendes and Rainer Becker — to cook for dinner parties of up to 10, a Richard Prince artwork, and two weeks’ work experience at Sky Media.

Two guests — Peter Jones from Dragons’ Den, the TV show for wannabe entrepreneurs, and an unidentified rival — did battle to have characters in David Walliams’ next book named after their children. In the end an expensive truce was called: Mr Walliams would double the prize, for £100,000 each.

The auction reached its peak with Mr Caring bidding £400,000 for naming rights at a new intensive care unit at Evelina London children’s hospital, earning the restaurateur a standing ovation. That brought the total raised to £2m, a good step up on the £1.5m raised a year earlier.

With the bidding over, hostesses circulated with pledge cards for additional donations of £5,000. Mr Gould left the stage to thunderous applause. He was immediately replaced by a troupe of exotic dancers.

This article has been revised to make clear that the Jonny Gould referred to is not the radio and TV presenter who has worked at (among others) Smooth Radio, talkRADIO, and Sky News. We apologise for the distress caused.

Have you experienced sexual misconduct in the workplace?

Tell us about it.

You can reach us securely using this form or emailing investigations@ft.com. The most secure way to contact us is via post or SecureDrop. 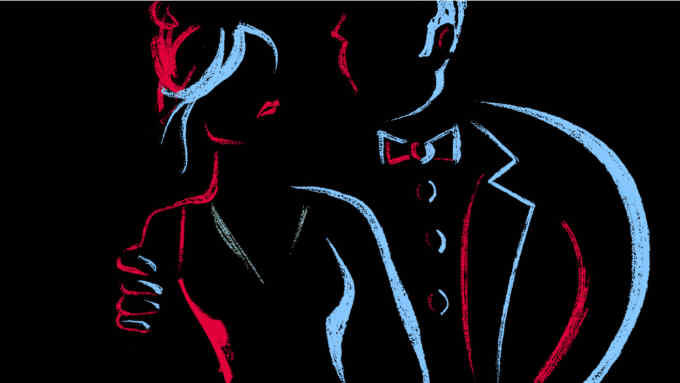 A furore has erupted over a men-only fundraising dinner in London for the Presidents Club charity after an FT investigation revealed hostesses at the event were groped, sexually harassed and propositioned.
Here is the FT coverage of the event and its aftermath