To investors seeking income — there’s still plenty of it about

Interest on cash deposits remains paltry, but some companies are throwing off dividends in the here and now
Merryn Somerset Webb 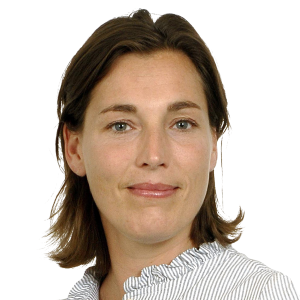 I had a note from my bank this week reminding me that I receive interest of 0.01 per cent on the cash I hold with them. I immediately resolved to paint the kitchen, buy an air fryer — people keep telling me I must have one — and top up my gold holdings.

If the bank paid me 10 per cent I would have little interest in doing either of these things. This sounds obvious. But it is worth briefly thinking about why this is the case.

It all comes down to the way in which the interest you are offered effectively represents the value attributed to your time, says Edward Chancellor in his (very good) new book The Price of Time.

The interest I am paid on my money, which I am lending to the bank for its own use, should be enough both to compensate me for the delayed gratification that comes with not being able to use my cash now and to maintain its purchasing power.

French economist Frédéric Bastiat credited Benjamin Franklin with the bons mots: “Time is precious. Time is money. Time is the stuff of which all life is made.” If that preciousness isn’t recognised — and at 0.01 per cent it most certainly is not — it makes sense to feel like the cash-on-deposit deal isn’t working for us (which it is not) — and to favour keeping the future in the present (using the money now) or looking for a place to put it that attributes a bit more value to it.

This is a totally normal reaction. It seems ridiculous now (and looking at the inflation numbers it should have seemed ridiculous then too) but let’s not forget that in March 2020 the Bank of England cut its main interest rate to an all-time low of 0.1 per cent. Over the following year the amount of cash paid into cash Isas fell substantially and the money paid into new stocks and shares Isas rose £10bn on the previous year.

Three-quarters of all Isa accounts in 2019-20 were subscribed to in cash. Last year it was down to two-thirds. Stocks and shares Isas also made up 58 per cent of the value of all Isa funds last year — up from 49 per cent.

This will be partly about people using their spare time in the pandemic to sort out their long-term finances, partly about piling into the building bubble of 2020-21 and partly about the introduction of the personal savings allowance, which can make cash Isas feel a bit pointless. But the main driver is still likely to be that 0.1 per cent, a number that valued the fortitude people expressed by saving not spending at such an insultingly low level that it made complete sense to refuse to put up with it.

The problem with this is that, irritated by our own futures being undervalued, too many of us poured cash into companies whose futures were rather overvalued. Instead of looking for companies throwing off real cash and dividends in the here and now, investors stuck their money in growth stocks. Scottish Mortgage regularly topped the leading buys of every big UK investment platform.

This maddened old-fashioned fund managers. All the way through 2020 and 2021 I received increasingly infuriated messages from a retired friend. Why would all those complaining about yield not just buy the oil companies; or Vodafone, which was trading at a five-year low in the middle of last year and even after dividend cuts was yielding 6.3 per cent; or British American Tobacco (BAT), which was regularly yielding more than 7 per cent?

This is not to suggest that dividend-paying stocks are a substitute for cash on deposit. Of course they are not. (This is a subject that could take up many columns but the short reason is that with any equity your capital is always very much at risk.) They are just a significantly better one than non dividend-paying stocks.

Still, lessons have been learnt (again — a reminder that while in all other areas learning is cumulative, in finance it is cyclical). Vodafone is up 15 per cent since the last rant I received from my old friend. Shell is up 73 per cent and BAT 27 per cent. Scottish Mortgage is down 33 per cent.

The good news for those of us looking for income is that there is still plenty of it about. And its appeal is not just for the income itself but for the knowledge it gives you about the company in question, in that its managers both attribute some value to your capital and are capable of producing the income to pay that value to you.

A new report from Stifel points to 25 equity investment trusts in the UK with a current yield of more than 4 per cent. Most have a good long-term record of delivering dividend growth and substantial dividend reserves (money they have accumulated from dividend payments made to the trust over the years and can use to pay out future dividends to their shareholders and hence smooth returns if need be). They are also regularly turning up in Scottish Mortgage’s old place at the top of the platforms’ most bought funds lists.

There are a few things to look out for. Eight trusts aim to pay out a percentage of their asset value every year, usually in the region of 4 per cent, regardless of whether they have received that percentage as income or as capital gain.

One is Montanaro UK Smaller Cos — which has a 5.9 per cent historic dividend yield, largely paid out of capital rather than income. In the year to the end of March 2021, for example, revenue per share was 1.2p and the dividend 5.5p, says Stifel.

That’s the kind of thing that — tax implications aside — matters little to anyone when capital gains are high but might matter much when they are not. In the same year the trust’s net asset value (NAV) rose 35 per cent. Since then it has fallen 5 per cent (and is 25 per cent from its highs).

Some might be fine with that. If you are looking at your investment trust portfolio as an annuity you won’t mind running down capital to such an extent. Most will not be, I think.

Trusts to look at if you want a steady income paid out of dividends, and occasionally out of revenue reserves, include City of London (paying 4.5 per cent and jammed with the likes of BAT, Shell and Rio Tinto); Merchants (4.8 per cent with a very similar portfolio); JPM Claverhouse (4.3 per cent); and Lowland (4.8 per cent).

For those wanting to see value outside the UK, Murray International makes the list with a yield of 4.2 per cent and now has a 17-year record of rising dividends.

A word of warning. Many of these trusts now trade on premiums to their NAV. You are paying more for the trust than for the market value of the sum of its parts. That effectively means you are attributing more value to the skills and of course the time of the fund manager than he is charging you in management fees. That may be an entirely valid thing to do at the moment — but you might as well be aware that you are doing it. After all, the price of time matters.

Merryn Somerset Webb is editor-in-chief of MoneyWeek. The views expressed are personal. She is a non-executive director of BlackRock Throgmorton Trust and Murray Income Trust and holds Shell.