If you think the same, join us
Special Report Sustainable Food and Agriculture
See all 68 stories
Deforestation

We’ll send you a myFT Daily Digest email rounding up the latest Deforestation news every morning.

Five years ago, farmer Ademir Rossato arrived in the new, sweltering promised land for soya production: the heart of the north-central Tocantins state on the vast Brazilian cerrado, or savannah. “There are no more trees, thick trees, to knock down around here,” he said staring at his 6,000 hectares being prepared for another bumper planting.

After all, he adds, much of the land under cultivation in the area had been degraded, often areas that had been cleared by early settlers, used for low-density ranching and then abandoned. Local farmers such as Mr Rossato insist there is ample land of this type available for fresh cultivation without the need for “tearing down any tree”.

Through the use of lime and other nutrients, farmers such as Mr Rossato have made this some of the most productive farmland in the world, underpinning Brazil’s farming boom. Investments have poured into the country’s newest agricultural frontier in the north-eastern states of Maranhão, Tocantins, Piauí and Bahia — the so-called Matopiba.

But sensitivities remain high as farming in areas that are off-limits under environmental rules appears to be continuing in Matopiba. This year, Brazil’s environmental agency, Ibama, fined grain trading houses and farmers — including Cargill, Bunge, and farmers like Mr Rossato, who have appealed — for practices linked to soya and illegal deforestation in an action named Operation Soy Sauce.

The cerrado, an area about the size of Saudi Arabia covering some 2m sq km, or 24 per cent, of Brazil’s vast continental territory, exemplifies the tension between output and ecology. It is one of the fastest growing soy regions but its woodland has less stringent rules against deforestation than those in the Amazon. 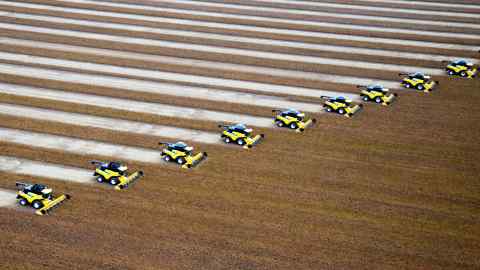 In the Amazon such a measure has been in place since 2006 and today in the region “soya is not a vector of deforestation any more”, says Cristiane Mazzetti, who works with Greenpeace’s Amazon campaign. However, as there is no extension of that commitment to the cerrado, she says “in Matopiba, soya is one of the great vectors of deforestation”.

The cerrado provides about 60 per cent of Brazil’s agricultural output of soya, corn, and other crops. The area under cultivation in this zone has increased 87 per cent between 2000 and 2015, according to Brazilian research institute IPAM. In the last decade, the biome lost 236,000 sq km of native vegetation.

IPAM says the savannah is “Brazil’s most threatened biome today”. As China’s insatiable desire for food turns Brazil into an agricultural superpower, the trade war between Beijing and Washington has increased Chinese demand for Brazilian soyabeans, heightening environmentalists’ concerns.

Fabricio Rosa, executive director of Brazil’s association of soyabean producers, Aprosoja, counters that “the area that produces soy and corn is very small, it cannot be considered as an important vector of deforestation suppressing native vegetation”. He adds that “the cerrado is the region of the planet with the greatest potential” for soya production.

A study by Abiove, Brazil’s association of vegetable oil industries, says soyabeans accounted for just 8.8 per cent of deforestation in Matopiba. “The impact of soya in the cerrado is lower every year,” the report states. However, during the most contested general election in decades the deforestation debate remains a polarising one, say André Guimarães from Brazil’s Coalition of Climate, Forests and Agriculture.

The probable election of far-right candidate Jair Bolsonaro, as president, is seen by analysts as a potential blow for environmental protection. Mr Bolsonaro is backed by the so-called ruralistas, or politicians representing rural interests, who hold a strong position in congress and tend to push for government concessions to expand agribusiness.

Global Canopy, an Oxford-based environmental think-tank, wrote in March that “over 50 per cent of all Brazilian soy is produced in the cerrado, and this is expected to increase. This growth has been accompanied by the loss of over 40 per cent of the cerrado’s native vegetation, largely due to agricultural production.”

Environmentalists say actions such as the environmental regulator’s clampdown on illegal farming in Matopiba this year are forcing investors in the Brazilian agribusiness to make doubly sure they are not contributing to environmental damage.

In July, Louis Dreyfus, the commodity trader, pledged to “eliminate engagement in, or financing of deforestation” in the cerrado. Two months later, Banco Santander Brasil, Bunge, the agricultural trader, and the Nature Conservancy developed a long-term financing mechanism starting with $50m for farmers committed to preserving native vegetation in the cerrado. Most of the current loans are short-term and focused on covering annual crop costs. “This new mechanism will offer loans of up to 10 years, recognising that investments in land acquisition and preparation have a long-term payback,” they said.

Groups including Greenpeace, the World Wildlife Foundation and IPAM last year began pushing for multinationals to protect the biome. More than 60 companies, including McDonald’s, Walmart, and Unilever, have so far agreed to not buy from suppliers who are damaging native vegetation in the cerrado.

For Jair Schmitt, a biologist and head of the anti-deforestation unit at Brazil’s environment ministry, both agribusiness and the country’s civil society have started to “mobilise” on the cerrado issue. “The goal is to have an agreement to eliminate new deforestation in the cerrado by the end of the year,” he says.

Get alerts on Deforestation when a new story is published 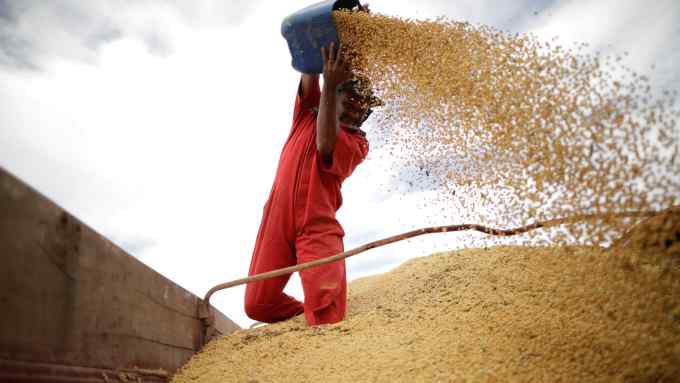