My London: through the eyes of Liz Johnson Artur, Kalpesh Lathigra and Sirui Ma

Themes of family, discovery and the natural world inform the work of these three contemporary photographers

Photographs found on the ground

I started picking up discarded photographs as soon as I arrived in London in 1991. I started taking photographs then, too. For both, I walked the streets.

I like them weathered, scratched, torn, faded, the passing of time on their surfaces. There is no order or calculation as to why I pick up, or take, a photograph. I love the moment of discovery.

The everyday is where I like to find my photographs. On the ground there is friendship, appreciation, caring and a lot of living. It’s also history to me.

It is stories and people I like to preserve and, even more, to elevate them to the uniqueness a print can hold for me.

Nim and other stories

I saw Nim playing football with her girlfriends outside the Motor Mechanics bay at Stratford School, east London when I was 17. She was the year below me. I thought she was the most beautiful girl in the school, and I pursued her hoping that she would take notice of me. She did, and ten years later we got married and had a family.

I dropped out of my law degree when I was 21, after Nim gave me Cartier-Bresson’s India book for my birthday. It began my love affair with photography. It was Nim who took me to MoMA and Tate and showed me Jasper Johns, Rothko, Warhol, Picasso and Monet.

When our son Sehn turned four and our daughter Maya was nine, I bought an MPP large-format camera and began in earnest a series of photographs about my family and my relationship to them.

The idea of being a father has been a difficult one for me to comprehend. The feeling of being connected to my children came from the camera. Some of these photographs are of “found moments”, if you like; others are staged from our daily lives so that they become elevated, heightened moments.

These “Other Stories” are what make up our lives. My parents are in their seventies now and, as mortality looms on the horizon, my father tells me stories of his journeys from India to Africa and to the UK. He arrived in London in 1965. His first year here was the most difficult, and he found himself in tears almost every day, yearning for his family and for the African sun. My mum was born in Zanzibar, though she never calls the island Zanzibar but Jangbar, the Persian word for “black coast”. She reminisces about eating toasted cassava on her way to school every morning.

This new series was taken at a time when my life was hit by a curveball. I was recently diagnosed with myasthenia gravis, a rare autoimmune disease. It has consumed me for the last three months, both physically and emotionally. My new self-portrait, in the baptism of this illness, is stark. I no longer recognise myself.

Sehn and Maya, now 16 and 21, decided what they wore and how they wanted to be seen in their portrait. The location was Wanstead Flats, east London. It forms a feedback loop as it was there that I played rugby for my school team and where, today, Sehn plays football and Maya walks with her friends, on the same earth that I tasted on rain-sodden days.

My mum wanted to perform for her portrait and roped my dad in to help dye her hair. She remembered an earlier portrait I made of her holding a cup of chai, her dyed hair wrapped in cellophane. But this time she wanted to hold a pot of hair dye in her hand instead. Her pose was the same as that of the Hindu idols that sit in her Mandir.

After her shower, Nim saw the Wista 5x4 large-format camera in our bedroom. The morning light had enveloped the space. She has been collaborating with me since time immemorial and she knew that I wanted to make a photograph of her.

The rhythm of nature

We humans are animals with short-term memory. It’s hard to remember what the summer sun feels like during winters that feel endless. Hard to imagine that the city we live in was ever vibrant, buzzing with energy.

But London in the sun feels like it could be the best place on earth. Living here, we understand how precious sunshine is, and we all come alive in it.

I took these photos while foraging for wild garlic in early April. As I get older, I feel more attuned to the rhythm of nature. I seek it out more. New vines steadily climbing up a tree, small yellow blossoms quietly blooming, fresh green leaves unfurling. Seeing the beginnings of spring manifested in the growth around me, I feel like I too am re-emerging with new life.

Explore the series
READ MOREPhoto London 2022
My London: through the eyes of Liz Johnson Artur, Kalpesh Lathigra and Sirui Ma 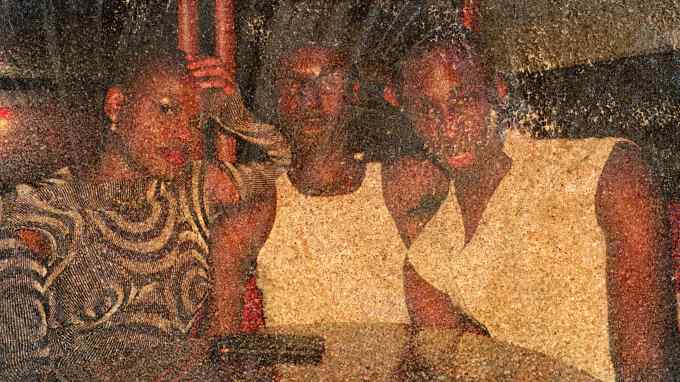