Assets under management by pot-tracking ETFs are at an all-time high.

Sign up to myFT Daily Digest to be the first to know about Canadian news.

Cannabis stocks are the latest to experience the often shortlived high provided by Reddit exposure.

Social media has proved a powerful driver of retail sentiment so far this year, leaving investors and analysts to wonder which company might become the next GameStop.

The focus turned to pot stocks this week: three of the top five most discussed companies on the r/WallStreetBets forum on Wednesday were cannabis companies, according to alternative data provider Quiver Quantitative.

Money has followed. Retail investors have poured more than $440m into cannabis stocks since the start of February, double the entire previous month, according to Vanda Research.

That sent prices spiralling, before falling away this week. US-listed Canadian cannabis producer Tilray started the week at about $25 a share, then raced to an intraday high of $67 on Wednesday, before crashing back to $29 by Friday close. The company was the second most-traded share on Robinhood’s trading app on Thursday.

“A herd of rampant bulls is running amok in the meme stock shop, and the cannabis industry is their sector du jour,” Ben Johnson, director of passive funds research at Morningstar, said.

Tilray has been the subject of retail investor attention before. Following its initial public offering in 2018, the price briefly rocketed to $300 a share thanks to a so-called short squeeze — where investors pile into a stock that has been subject to negative bets, forcing hedge funds to reverse their positions, fuelling the rally.

Canadian cannabis producer Sundial was also among the most traded shares on the Robinhood platform on Thursday. Its share price rose from just above $1 on Monday to with spitting distance of $4 on Thursday, before tumbling to $2 by Friday. But it is still about 83 per cent higher for the week.

“You see a certain amount of names gaining traction on Reddit r/WallStreetBets, Twitter and StockTwits well in advance of the big move, the hype is created and there’s a network effect,” said Viraj Patel, senior strategist at Vanda Research. “Then you see the flows, the money and finally the price action happens.”

This herd behaviour is unusual in the way that investors move into one asset category and out of another extremely quickly, Patel said.

Cannabis bulls point to the favourable path of US policy: flows into cannabis shares have grown since the US election, when legalisation passed in many state ballots. The top five shares traded on Robinhood the day after the election were all cannabinoid companies.

Specialist investors argued that retail investors, by driving money into Canadian companies, were not picking investments that would benefit from federal legalisation in the US. Some are even taking to social media to try and educate them on ways to invest in American cannabis, such as through exchange traded funds that offer more exposure to the US market, including via derivatives.

“We are trying to help young investors understand the difference between US and Canadian cannabis,” said Todd Harrison of CB1 Capital, a manager that specialises in cannabis investment. “Fundamentals matter. Unless these investors find the right vehicle it’s going to be a short exercise,” said Harrison.

Assets under management by cannabis-tracking ETFs are at an all-time high of $1.9bn, according to data provider TrackInsight. January flows of $527m tripled the previous record set in December 2020.

Sector bulls call potential legalisation “Prohibition 2.0”, likening it to the period of time after the Great Depression when the alcohol ban in the US was lifted and moonshine manufacturers became established brand names.

But analysts caution that the fundamentals of US cannabis companies remain unproven, and the hurdles to federal legislation are significant.

“Prohibition 2.0 is a fun narrative,” said Johnson. But, he added, “investors in this sector have been pretty disappointed in the past by how it has performed. At the end of the day, fundamentals will win out.”

Get alerts on Canadian when a new story is published 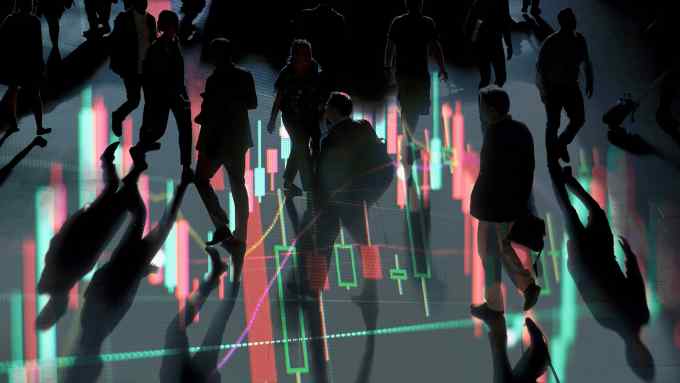