Shortly after July 4, a video emerged online showing crowds of revellers dancing at a party on one of Okinawa’s beaches. The event to celebrate American Independence Day was hosted by a former US marine and not one person in the video was wearing a face mask.

To ordinary Japanese watching on social media — who had spent four months in self-restrained voluntary lockdown — it was a stunning snub to the nation’s efforts to keep coronavirus under control.

“We’re all being extra cautious not to allow any infection so to see that video made me so angry and disappointed,” said Chieko Oshiro, who heads a local residents’ group in Okinawa, Japan’s southernmost island.

The virus outbreaks since, which have made Okinawa the hotspot of Japan’s second wave of Covid-19, may not have been directly linked to the party — or the others like it held on the island that evening — but in the court of public opinion, it was the smoking gun.

It has stoked anger within Okinawa, where the heavy presence of US military bases and the behaviour of the 20,000 marines and other military personnel stationed there have been a longstanding source of tension.

“Trust in the [Japan-US] security alliance is on the brink of collapse,” Denny Tamaki, Okinawa governor and a former leader of the anti-US base movement, warned in a recent television programme.

In theory, Okinawa should have been well placed to manage the spread of Covid-19. Visitor numbers plummeted after Japan declared a state of emergency in April and the military bases that dominate the island should have been shining examples of discipline and control.

Instead, many Okinawans were left feeling betrayed by two governments — Japanese and American — that they believe rarely work in their best interests.

There was prime minister Shinzo Abe’s ill-conceived campaign to reignite domestic tourism that led to more than 100,000 arrivals in June from cities such as Tokyo and Osaka undergoing their own severe outbreaks.

Islanders also watched in dismay as more than 340 US military personnel tested positive for the virus in the months after the first confirmed case on one of the island’s bases in late March.

“The spread of infections in Okinawa is a consequence of both irresponsible government policy and the US bases,” said Hiroji Yamashiro, chairman of the Okinawa Peace Movement Center.

After zero confirmed cases in May and June, the virus began to take root last month in a part of Japan where families are larger and more likely to live together under one roof. Okinawa now has the highest number of weekly new infections per 100,000 residents in the country, with confirmed cases topping 1,700 this week. 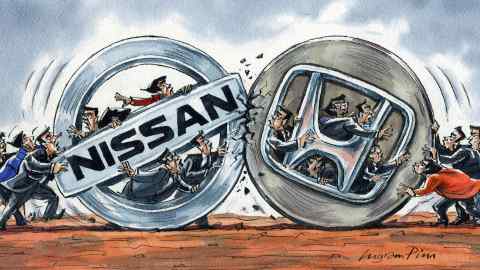 Popular tourist venues have been closed and other measures put in place to discourage people from leaving their homes or visiting from the mainland. Okinawa’s governor has also called for urgent action to prevent the island’s medical system from collapsing under the strain.

Frustrated locals were quick to blame the lack of testing for those entering Okinawa via US military airlifts that do not pass through Japanese airports. They are exempt from complying with Japanese immigration rules due to a US-Japan agreement governing the treatment of US military personnel.

Local sentiment soured further on the perceived lack of transparency on how cases at the US bases had spread as well as Tokyo’s passive response to addressing the issue.

“There’s a problem . . . when the government does not take steps in the face of a serious challenge such as coronavirus that’s threatening lives,” said Hiromori Maedomari, a professor at Okinawa International University. “Naturally, there’s criticism whether Japan is prioritising its own people or the US bases.”

US Forces Japan has defended its response, saying troops and families are being tested after quarantine, and under strict restrictions not to leave their bases. While some details were initially withheld for security reasons, information had been consistently shared through government channels, a spokesperson said.

“While we’ve seen a growth in cases in a couple of our bases . . . they’ve been contained and there’s absolutely been no connection that has been proven to show that there’s been any spread from the clusters on the bases to the local community,” Kevin Schneider, commander of US Forces Japan, said during a news conference in late July.

But the military has rejected requests to stop the transfer of troops from the US, where there is still on average more than 47,000 new virus cases a day.

Yet despite local anger at the way the virus was brought to Okinawa, the revival of the tourism industry remains vital for an island that has one of Japan’s highest unemployment rates. Bars, restaurants and hotels have suffered badly without visitors while the US marines have been confined in their bases.

“It’s a relief that the US forces are now taking stringent measures following the July 4 parties, but the local economy has been hit hard,” said Akemi Kyuna, who heads another of Okinawa’s residents’ associations. “We have lots of bars where foreigners gather but there’s no one here now and many places are suffering.”

Additional reporting by Nobuko Juji and Mitsuko Matsutani in Tokyo 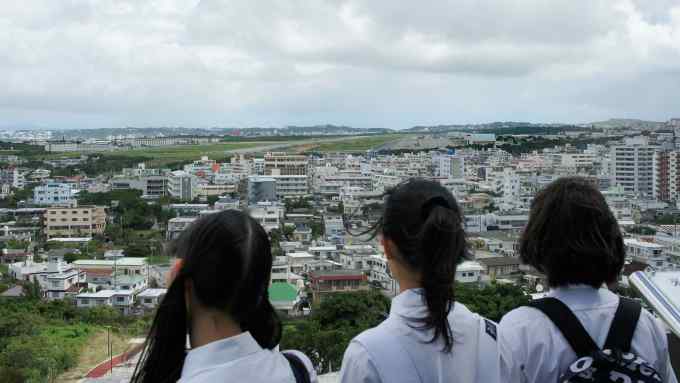