Ark Investment Management has removed restrictions from its exchange traded funds that limited how much the funds could hold in a single company, recent disclosures show.

But Ark removed those limits, effective immediately, the firm disclosed at the end of March.

Ark also removed language prohibiting its actively managed ETFs from investing more than 35 per cent of their assets in depository receipts, including American depository receipts used by foreign companies, and other types of securities, filings show. It also removed a limitation capping active funds’ investments at 10 per cent of assets in unsponsored ADRs that are traded over the counter.

None of Ark’s funds' investments are close to the previous limit on fund assets held in a single company, disclosures on the Ark website showed on April 5. The products’ biggest bet was in Tesla, which made up 10.78 per cent of the $21.5bn Ark Innovation ETF, 10.7 per cent of the $6.7bn Ark Next Generation Internet ETF and 10.41 per cent of the $3.2bn Ark Autonomous Technology and Robotics ETF.

Overall, 7.36 per cent of Ark’s ETF assets were in Tesla as of December 31, according to FactSet, a data provider. The manager’s ETFs had $34.8bn in assets under management as of that date, the database shows.

The removal of limits on ADRs may have the biggest impact, especially for Ark’s flagship Innovation ETF, said Robby Greengold, a Morningstar strategist.

However, the Innovation ETF’s strong performance and inflows have “made it more difficult than before for the ETF to make meaningful investments in the kind of innovative small and microcap companies that have historically been prominent in the portfolio”, Greengold said.

Investors added $15.8bn to the Innovation ETF over the year ended March 29, according to FactSet data. The fund returned 152.51 per cent in 2020, Ark’s website showed.

But Greengold said he would be surprised to see Ark’s ETFs invest substantially more than 10 per cent of their assets in any one company.

Cathie Wood, Ark’s chief executive and lead portfolio manager, had previously said that her company’s funds had a “self-imposed” restriction on investing more than 10 per cent of assets in a single company.

Top positions in Ark’s funds have historically maxed out at 12-13 per cent, Greengold said.

At the end of 2020, Ark’s ETFs owned more than 20 per cent of the outstanding shares of Compugen and Statasys, according to FactSet data. But those positions were spread out across its different funds, Greengold noted.

Ark earlier in March published a white paper outlining a new price target for Tesla, predicting that the company’s share price could hit $3,000 by 2025.

Other funds have attracted criticism for even larger bets on Tesla. Morningstar in January downgraded its rating for the $7bn Baron Partners Fund from bronze to neutral because the fund had allowed its position in Tesla to balloon to 47 per cent of assets as of December 31. That share had fallen to 39.5 per cent by the end of February, according to Baron Funds’ website. 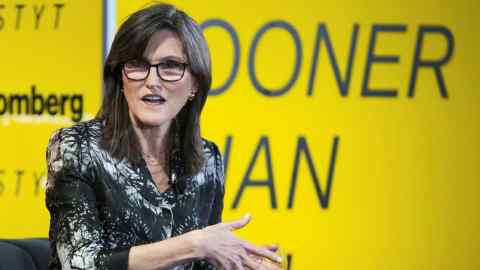 Like other transparent ETFs, Ark’s funds publicly disclose their holdings each day. Investors can also sign up to receive notifications of any trades that the firm makes in its actively managed ETFs.

Some of Ark’s ETFs invest in Spacs. As of April 5, the $3.2bn Ark Autonomous Technology & Robotics ETF held 0.42 per cent of its assets in Atlas Crest Investment Corp, a Spac that went public last year and announced in February it would acquire electric airline company Archer. Another 0.24 per cent of the fund’s assets were in Jaws Spitfire Acquisition Corp, a Spac backed by Serena Williams that last month agreed to take 3D printer Velo3D public.

Investors added $36.5bn to Ark’s ETFs collectively over the year ended February 28, according to data from Morningstar Direct. The firm was the ninth-largest ETF issuer at the end of last month, with $51.3bn in assets, Morningstar data shows. 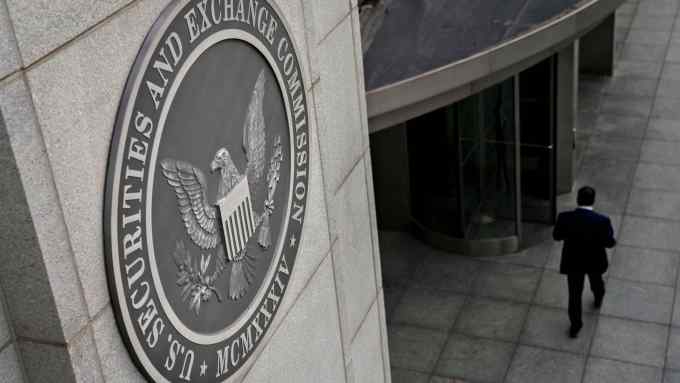