Return of Frieze New York proves that small is beautiful

With only 65 galleries, the art fair at The Shed in Manhattan will have a more intimate feel

It’s art fair season again, but not quite as we knew it. Frieze New York, which opens in Manhattan’s The Shed on May 18, encapsulates the new normal better than most.

In 2019, nearly 200 galleries participated in the fair’s trademark temporary tent on far-flung Randall’s Island, where it had been since its 2012 launch. A move to a more central spot was on the wishlist but was complicated by the scarcity of large-scale venues in Manhattan. Because lockdowns and quarantines then prevented many of Frieze’s overseas exhibitors from showing in 2021, the possibility of a much smaller venue opened up; the fair shrank to a third of its pre-pandemic size and took its current slot in Hudson Yards. The shift seems to have proved a success and this year Frieze New York returns to its Chelsea spot — with just 65 exhibitors.

“The scale of the fair is now more intimate and very manageable,” says fair director Christine Messineo, who oversees her first New York event since joining Frieze as its US director last November. This chimes with a wary crowd, still feeling their way when it comes to mass events, who will probably be reassured that the fair is maintaining many Covid-19 restrictions, including face masks, proof of vaccination and timed entry.

Frieze’s organisers also know the appeal of smaller-sized fairs based on their Los Angeles edition. This was conceived as an event for about 60 galleries, a year before the pandemic, and immediately proved a more enjoyable — and, say gallerists, profitable — experience. (It later expanded to 100 galleries.)

On the back of a sell-out solo booth of work by Denzil Forrester at Frieze Los Angeles earlier this year, London gallerist Stephen Friedman brings another single-artist showing to New York with handcrafted ceramic columns and masks by Jonathan Baldock (£5,000-£25,000).

“The move to smaller events has been a long time coming,” Friedman says. “Prior to the pandemic, when we participated in the larger-scale fairs, we only had a very short period of time to engage someone over a very brief conversation. During the lockdowns, we reached out to clients over Zoom and had proper time with them. Ever since the return to so-called normality, we see that devoting more one-to-one time has a positive impact on the business.”

Stefan Ratibor, director of Gagosian gallery, notes that the novelty value of a different venue plays well, especially in New York. “The heat cools quite quickly, it’s the same with restaurants, there’s an energy to variation,” he says. His gallery also brings a solo booth to the fair, with four paintings by Albert Oehlen. The booth will include one of the fair’s likely talking points: a vending machine that holds a drink Oehlen created called “Cofftea” (or “Kafftee” in the artist’s German), a combination of coffee and tea. This, Oehlen notes, “won’t let you sleep ever again”. It may sound unappetising, but for those who want to keep going through an art-fair week, the gallery will give away a limited number of tokens for visitors to buy the drink — “fungible tokens, if you like”, Ratibor quips.

Elsewhere, Frieze benefits from this year’s earlier opening of the Venice Biennale, with artists from the show in the art fair’s aisles. Pace gallery has six new paintings by Latifa Echakhch (€120,000-€180,000), who is representing Switzerland in Venice, while Goodman Gallery’s booth will include quilt works by the anthropology-trained artist Kapwani Kiwanga, who features in the biennale’s main exhibition. The Venice effect has taken hold — the gallery confirms that Kiwanga’s three works, priced around €20,000 each, have already sold to a Canadian collector.

Other Frieze highlights include Charles Gaines, who has five works from his large-scale Numbers and Trees series at Hauser & Wirth ($550,000 each). Michael Werner Gallery markets its shared representation of Issy Wood with her painting “Trash 2” (2021, $90,000), while the London-based artist’s original representative, Carlos/Ishikawa, brings “Trash 1” (2021).

Having a more contained fair in Manhattan means “we can do more around it, we are more connected to the city and to landmark cultural institutions”, Messineo says, highlighting in particular the non-profit spaces below 57th Street that for decades have brought experimental contemporary art to the market’s attention. Collaborations within and outside the fair include a performance on May 18 by the multidisciplinary artist-choreographer devynn emory — a hospice nurse working with Covid patients too — at Artists Space (11 Cortlandt Alley).

The fair has revived and updated a 1997 Manhattan-wide project by the American artist Tom Burr, “Eight Renovations”, which put storytelling texts on buildings and sites that mark areas of transformation and gentrification. Frieze’s venue becomes the site of Burr’s ninth “Renovation”, with his words pasted in its atrium during the fair.

With such a dramatic cut in exhibitors, there is the awkward reality that more than 100 galleries which used to show at Frieze are now excluded. Messineo says that the focus is on the city’s own galleries — 35 of the 65 are from New York — and that the application process means there is a chance for everyone each year. “The fair could transform, in terms of its galleries,” she says. 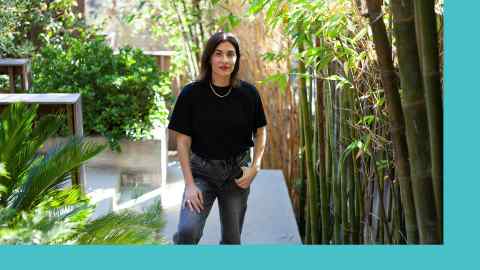 But other fairs are feeling the benefit of the overflow. At Expo Chicago in April, David Cleaton-Roberts, a partner at Cristea Roberts, noted that “we came here because we used to do Frieze New York and still want to do a spring fair in the US”. Meanwhile, New York’s homegrown Independent fair goes from strength to strength.

Happily then, Messineo says that Frieze plans to stay in The Shed for the foreseeable future. “Small is beautiful,” says Gagosian’s Ratibor. 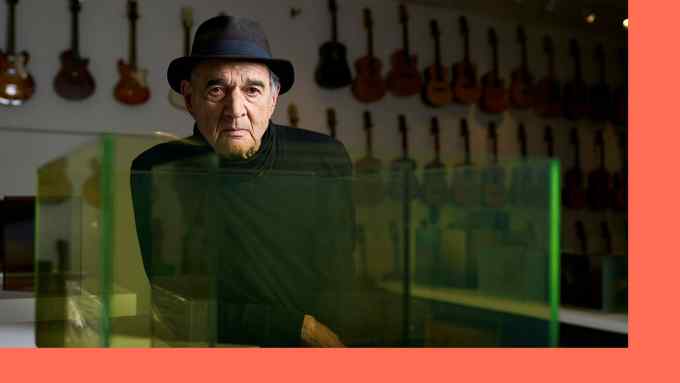