Data suggest, with 22 new issuers so far, that this year could equal 2020’s record of 51 new providers

The number of new entrants to the global exchange traded fund market is on track to match last year’s record tally as active managers seek to join an industry boom that shows no signs of slowing.

In the first five months of the year, 22 companies launched their debut ETF, according to data from TrackInsight. This comes on top of the 51 new providers it recorded last year, well ahead of the previous record of 34 reached in 2015 and 2017.

The surge in new issuers mirrors a dramatic rise in the popularity of ETFs, which saw record net inflows of $359bn in the first quarter of this year and more than $1tn in the 12 months to the end of March, according to consultancy ETFGI, with total assets touching $9tn at the end of April.

The newcomers are entering a market in which ever more niches are filled, allowing fewer opportunities for new entrants to make their mark and build up critical mass, yet most observers expect the stampede to continue.

“The barriers to entry are really low. You need a little bit of money to invest, but it’s easy to kick-off an ETF,” said Peter Sleep, senior portfolio manager at 7 Investment Management.

“There is an ecosystem — lawyers, custodians, index providers, consultants. You can almost get [an ETF] off the shelf.”

The emergence of white label issuers that provide a one-stop-shop for small asset managers launching ETFs, such as HANetf in the UK and Alpha Architect and Nottingham in the US, make the process still more seamless, Sleep said.

“They have the marketing nous and they have everything raring to go. All you need is an idea and a bit of start-up money.”

Many of the newcomers have been active (rather than index-based passive) managers, fuelled by legislation in the US allowing ETF providers to conceal their list of holdings from the wider market in order to protect their “secret sauce”.

The three new entrants to have raised the most money since 2019, Kansas City-based Avantis Investors, with $4.9bn, and Canada’s National Bank Investments and CIBC, all run active funds.

“Most new entrants focus on active ETFs. They want to diversify with new types of products but offer the same strategies as they did in other formats,” such as mutual funds, said Anaëlle Ubaldino, head of ETF research and advisory at TrackInsight.

Andrew Jamieson, global head of ETF product at Citi, said the rollout of actively managed ETFs had been a game-changer and was likely to prompt many more asset managers to enter the fray in order to avoid being left behind.

“Two or three years ago, many people would have said that the ETF market was out of reach of anyone not already in a game dominated by a handful of large passive powerhouses, but that has changed,” Jamieson said.

“There is a continuing realisation that ETFs are more a technology than just another wrapper, and arguably a better technology than a mutual fund, in terms of trading liquidity and greater transparency.

“We will continue to see new entrants come to market, particularly as ETF AUM continues to accelerate. I don’t think asset managers can watch that happen year after year and stand idly by.”

Sleep also saw advantages for asset managers in an ETF, rather than mutual fund, structure. Dealing costs typically occur outside an ETF, rendering it cheaper, while there is also no need to maintain a shareholder register as that is done by a clearing house.

“And in the US, the biggest market of all, you have this massive tax advantage,” Sleep added, referring to mutual funds’ liability for capital gains when they sell profitable holdings.

T Rowe Price, BNY Mellon, Dimensional Fund Advisors and Allianz Investment Management are some of the biggest names to have dipped their toes in the ETF water in the past 18 months, but they have been joined by 23 pure-play ETF providers, the TrackInsight data show.

Eight of these offer thematic ETFs ranging from cyber security and medical cannabis to “social justice” and democracy.

Ubaldino predicted this trend would continue, given strong asset flows and humanity’s love of a “story”.

Sleep described many of these thematic funds as “momentum” ETFs that are largely buying stocks that are already rallying, which “takes a lot of risk out of launching an ETF”.

Ubaldino also noted a surge in risk-control strategies from the likes of Cabana Asset Management, Armor Index ETFs and Allianz, which aim to limit the downside of equity market falls.

“Markets are supported by monetary policy and we don’t know how much longer that can go on for. There is a view that if you are stepping into the market at this point, you need a safety net,” Ubaldino said.

“There will definitely be new players come to market. The trends of the last 12 months — thematic investing, ESG [environmental, social and governance-based investment], active — all these play in the heartland of the new players rather than the dominant passive powerhouses,” Jamieson said.

Given his view that there is a “strong likelihood” that Europe will also start to allow the portfolio-shielding techniques that have encouraged the growth of active ETFs in the US, the Citi man added:

“It has been long argued that every single asset manager has to have an ETF strategy and I think that is becoming harder and harder to avoid. Very few big players don’t have one, or at least aren’t evaluating what one would look like.” 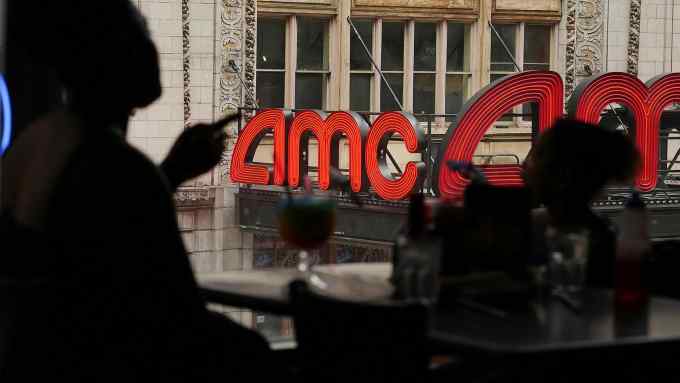