The MSCI World index is heavily weighted to the US and big tech, and the same often applies to global equity funds whose managers are reluctant to stray too far from the market leaders.

For global income funds, that presents a particular dilemma: managers have to decide whether to forgo higher dividends elsewhere and instead back low-yielding, but usually strongly performing, US and tech shares.

This partly explains why some of these funds tend not to offer the kind of yields that UK income investors might expect.

But is that dilemma getting less urgent? A note by research group CFRA suggests it might be. Todd Rosenbluth, CFRA’s head of ETF and mutual fund research, said that while the S&P 500 information technology sector had a yield of just 0.78 per cent at the end of last year, dividend growth was afoot.

“Not only did 44 of the sector’s 76 constituents pay a dividend, but nearly all either raised their dividend or initiated one in 2021, according to S&P Dow Jones Indices,” he said.

This has had a notable effect already: the tech sector was the largest payer of dividends in the S&P 500 last year, contributing about 17 per cent of its overall income versus 15 per cent for healthcare, 14 per cent for financials and 11 per cent for consumer staples.

This recent trend has not necessarily been captured by some rule-based funds. Rosenbluth said that tech was often under-represented in ETFs with a focus on stocks that have a long record of dividend growth, for example. Take SPDR S&P Global Dividend Aristocrats Ucits ETF (GBDV) and its US equivalent, the SPDR S&P US Dividend Aristocrats Ucits ETF (USDV), both of which had just over 3 per cent of their assets in the information technology sector on 11 February.

Inevitably, higher-yielding global income funds have also been pretty light on these areas. Fidelity Global Enhanced Income, which had a trailing yield of 4.6 per cent at the end of January and writes options to boost its income, had 12.7 per cent of its assets in the tech sector compared with MSCI World’s 22.9 per cent. It does not hold big tech names such as Microsoft and is notably light on US exposure in general.

Murray International, another high yielder, counted none of the US tech giants among its 20 biggest positions at the end of 2021. Manager Bruce Stout is known for looking beyond the US and focusing instead on high-quality stocks in “cheaper” regions such as Asia.

Across the sector as a whole, however, the picture is fairly mixed: some funds and trusts stay roughly in line with MSCI World’s tech and US weightings, while others deviate.

Given that the other major US technology companies do not pay dividends, it is unsurprising that Microsoft and Apple are the most recognisable tech names that do appear, sometimes prominently, in global income portfolios. The 8.3 per cent position Aegon Global Equity Income had in Microsoft at the end of November is one extreme example.

This perhaps makes sense given the company’s record: CFRA noted that Microsoft kicked off its dividend history with a payout of $0.32 per share in 2004. That has since risen to $2.24 per share at the end of the 2021 fiscal year, a level that has been upped again since. For many holders, consistent dividend growth is as important as the overall level of income paid out.

Should the tech dividend increases continue to roll in, we could see more global income managers both diving into the sector and backing names other than these two. If tech can retain its poise, managers will be having their cake and eating it.

*Investors Chronicle is a 160-year-old publication from the Financial Times offering an expert and independent view of the investment market. It provides educational features, investment commentary, actionable tips and personal finance coverage. To find out more, visit investorschronicle.co.uk 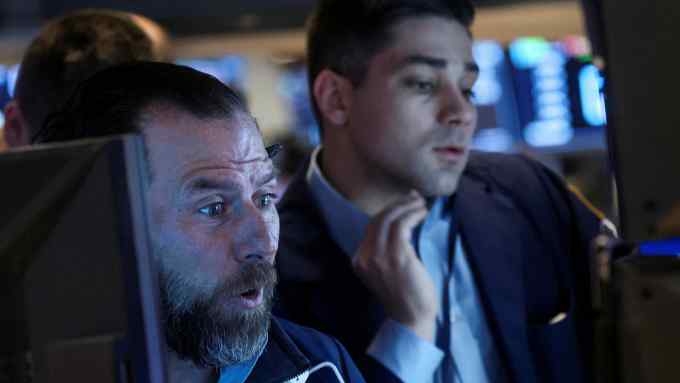