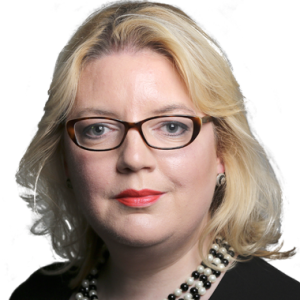 My stepson is a clever old stick. He passed A-level maths at the tender age of 16 and is now at university studying a subject that makes my head spin. Yet he got stuck on a relatively simple question. What was the interest rate on his student loan?

His panic was induced by an article shared by a friend on Facebook showing that students who started courses after 2012 not only faced higher tuition fees (the top rate is £9,000 a year) but much loftier interest rates on their student loans.

After turning the house upside down to find his logon details for the student finance portal, we confirmed he was among the cohort rolling up interest of 3.9 per cent. This is calculated as RPI inflation plus 3 per cent, and applies from the day the loans were paid into his bank account (not, as he incorrectly assumed, when his course ends).

The repayments dashboard showed the interest rate, and the total amount he owed (including interest that had already been added). His quick mathematical brain worked out that by the time he finished his course, 3.9 per cent interest on £44,000 of loans would be nearly £150 a month.

As you might expect, there was a lot of “OMG” going on, which attracted the attention of his big sister who finished university a few years ago. The dashboard showed she was incurring interest of 1.5 per cent on her substantially smaller borrowings (her course fees were £3,000 per year).

A full-scale sibling war threatened to break out, so amid screams of “It’s not fair!” I shut the lid of the laptop. However, the dashboard’s big blue button for “make a voluntary repayment” had seared itself on to my retina. Seeing as he would wind up with more debt, compounding at a higher rate of interest when inflation is starting to rise again, should we help him repay his student loan early?

The growing burden of graduate debt is deeply troubling to parents of millennials. This month, the FT reported how some graduates will still be paying off student debts into their fifties — a sobering thought for people like me who paid no tuition fees at all (and even more sobering for older parents, who remember the halcyon days of student grants). It is a natural instinct to want to protect your child by helping them pay off their debts early, or even paying their tuition fees in advance.

But it is the wrong instinct.

Here’s a quick lesson to explain why. For starters, a student loan is not a “loan” or a “debt” in any conventional sense. Unlike a mortgage or a bank loan, if my stepson hasn’t repaid it after 30 years it will be written off. More than two-thirds of graduates who left university last year will never repay the full amount as they simply won’t earn enough, according to the Institute for Fiscal Studies.

This is because repayments are “income contingent”, making it much more like an additional tax rate for graduates than a loan.

When my stepson earns over £21,000 a year, he will have to repay 9 per cent of his income above this threshold.

This, says MoneySavingExpert founder Martin Lewis, is the figure that parents and students should be focusing on, not the total debt, or the rate of interest which in his view are “irrelevant”.

“Forget what you’ve borrowed — you’re just going to pay 9 per cent additional tax for 30 years,” is his message. “As soon as you start thinking about this as a loan, you make the wrong decisions.”

As a result, Mr Lewis thinks we should follow the Australians, and rebrand the student loan as a “graduate contribution”.

He has heard of middle-class parents remortgaging their houses to help their offspring repay graduate debts. The Student Loans Company told me that £233m was “repaid earlier than required” in 2015-16 (although this figure doesn’t tell us how, or why).

You might worry that student debts will affect your child’s ability to get a mortgage (importantly, student loans will not appear on their credit file, although their repayments will reduce their monthly take-home pay).

Yet to clear borrowings and interest on the average student debt of £44,000 within 30 years, Mr Lewis calculates that graduates would need a starting salary of about £40,000 with 2 per cent above inflation pay rises each year, and take no time off for travelling or raising a family in the next 30 years.

If you are prepared to take a gamble that your child will meet or surpass this level of earnings power, then and only then should you consider clicking on the big blue early repayment button (and maybe wait until they’ve successfully landed the big City job, and know they want to stick at it). Otherwise, you risk servicing a “debt” that the majority will never become liable to pay.

For parents who can afford to assist, saving towards a housing deposit is arguably a much better use of your cash (both the Help to Buy Isa and the incoming Lifetime Isa have a government bonus).

Even after they’re on the housing ladder, Mr Lewis still thinks it would be better to help them pay off their home loan before thinking of overpaying their student loan. After all, if they end up losing their dream job in the City, they will still have to pay the mortgage.

Get alerts on Martin Lewis when a new story is published