From the lakes of Berlin to the waters of Malibu, the world’s most stylish have a cult new workout

Follow anyone who works in the fashion industry on Instagram and you’re generally guaranteed to see the following content: street style pictures from New York, Paris or another fashion capital; aspirational magazine editorials; nostalgic archive imagery; and no shortage of shaky footage from the front row. You wouldn’t necessarily anticipate film of someone careening across an otherwise still body of water on an electric surfboard. But, in the case of Julie Pelipas – the fashion director of Vogue Ukraine – this isn’t an uncommon occurrence.

Rangy and blessed with an Ursula Andress-type sensuality, the Kyiv-based stylist is the perfect poster girl for the new wave of water babes. And recent months have seen her more often zipped into neoprene and tearing along water at speeds of up to 55km per hour than standing outside the shows. “The first moment you do it you feel… it’s impossible to even translate it into words, but you start to become adrenaline-driven, and that feeling is almost sexy,” says Pelipas. “It’s something that pushes you out of your comfort zone, and it brings your body to be 100 per cent focused on achieving balance and a kind of force.”

Pelipas, who is 187cm tall and “not balanced”, tried surfing when she was younger, to no avail. Last summer, however, she fell for the co-founder of Sweden-based company Radinn, which makes the aforementioned motorised boards (from $7,950) and felt a sudden urge to give it another go. “The shape is almost like a classic surfboard, but it’s a little smaller and wider, so it’s more stable,” says Pelipas. The built-in motor, which is battery-powered, means you can move with no waves or wind, and the speed is controlled with a hand-held Bluetooth remote. “They are trying to make it as easy to use as possible for people who aren’t surfers – people who work in the office and want to get out for an hour. You can literally step on it with your clothing and stay dry.’’

Pelipas isn’t the only one who’s jumped on. Electric surfing, whether using jet or foil boards, is taking off in cities around the world – from Stockholm to Malibu. “I have already converted so many people – my friends and those in my office, anyone I know,” says Pelipas.

Laird Hamilton, the big wave surfer and former model who famously appeared in a Life fashion shoot with Brooke Shields, has also embraced electric surfing. His board of choice is an eFoil, made by Lift, a company based out of Puerto Rico. “They’re magic,” he says. “I always describe it as flying without the consequences of crashing.”

Hamilton, who pioneered tow-in surfing and helped popularise stand-up paddleboarding, is no stranger to the latest trends and technology in watersports. He first used foil boards – which have a fin with wings that extend into the water for added speed – some three decades ago, and has started using electric-powered versions over the past few years. Lift’s eFoils ($12,000) are designed to be used in either surf or calm water, are controlled with a hand-held remote and can reach speeds of up to 40kmph. “The best thing is that you don’t need wind, you don’t need a wave, you don’t need any other element other than a nice body of water,” he says. “We do it in the surf, we do it in rivers, we do it in lakes, we do it all over.”

Although Hamilton is well-versed in riding waves, he says electric-powered boards are more accessible to people who aren’t highly skilled in surfing. “You can take people who have no or little riding experience, and get them out there and they can do it,” he says. “It’s very scalable.”

While much of the goal with watersports – or any sport, for that matter – is how fast you can go, electric surfboards don’t only cater to thrill seekers. “There’s also a meditative aspect to it,” says Hamilton. “The sensitivity and what the board demands to operate it, puts you into a flow state, which is pretty nice.” That, and because it’s a similar movement to traditional surfing, it also counts as exercise.

“It’s an amazing workout for the legs,” says Pelipas. “When I first tried it, afterwards I felt like I had been in the gym for four hours. And you’ll see, all the girls who do it, they have perfect legs.”

Hamilton uses his eFoil in Hawaii, near his home in Kauai, as well as in California. “I enjoy riding it in Malibu, because the water is really still and flat, but there’s also a river in Hawaii that I like to ride on too. When there’s flat water, and the surface is all glassy and still, that’s an amazing venue.”

A few thousand miles away, Pelipas boards in Berlin, Kyiv and southern Spain and is eyeing up Stockholm and Venice next. “The biggest obsession about this is that you can use it to explore cities like Berlin and Amsterdam,” says Pelipas. “You step on it and travel through the city by river like you have your own boat, but you’re by yourself – it’s absolute freedom. You feel like a bird, a fish, a dolphin. You feel connected to nature at that moment.”

The number of companies offering electric surfboards continues to grow; so, too, does the technology that drives them. Each new version sees boards becoming lighter, faster, longer-lasting and, often, more affordable. What’s more, companies such as Radinn are thinking of ways to make the activity beneficial to the environment. “Imagine if you could surf and have fun, and at the end of the day, you’re also cleaning the river,” says Pelipas. A joyride that could, possibly, also be good for the planet? Now that’s something worth getting on board for.

READ MORESea-suite: the ultimate water-sports guide
Why is a good swimsuit so hard to find? 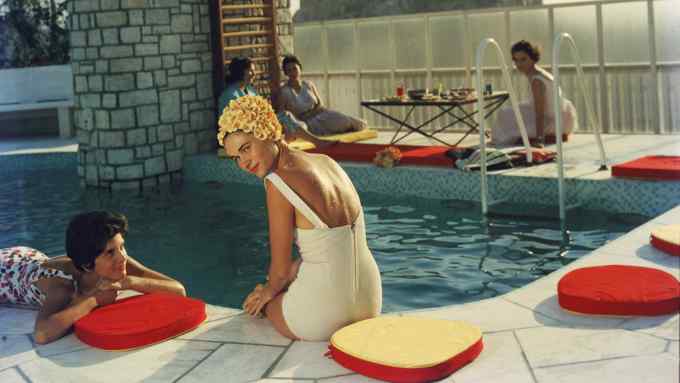