Sign up to myFT Daily Digest to be the first to know about Fund management news.

Chinese financial technology giant Ant Group plans to upgrade its fund portfolio services provision in a move that could bring it into direct competition with Bang Ni Tou, its roboadviser platform that it launched as joint venture with Vanguard.

“We will not monopolise roboadvisory services via Bang Ni Tou,” Mr Huang said, referring to the advisory business it established with Vanguard last year.

Mr Huang made the comment at Ant’s Inclusion Fintech Conference held in Shanghai at the end of September.

The move could leave Ant’s highest-profile advisory partner, Vanguard, at a disadvantage.

Ant and Vanguard teamed up in June last year to establish their fund advisory joint-venture company, which launched Bang Ni Tou in March. Bang Ni Tou, which translates as “Help You Invest”, is an automated advisory service operated via Ant’s digital wallet Alipay.

However, an upgrade of Ant’s fund portfolio services could result in Vanguard becoming just one of nearly a dozen companies that manage investment portfolios for investment via Ant’s platform.

Ant is planning to enhance the advisory experience for its retail wealth users, which Mr Huang believes is something that cannot easily be provided by traditional fund sales institutions.

When Ant’s tie-up with Vanguard was first formed, some market observers believed that Ant would take advantage of Vanguard’s established robo capabilities in the US and European markets, and replicate that model in China in partnership with the US fund giant.

This move seems to indicate, however, that China’s tech giant is choosing to focus on developing proprietary advisory capabilities rather than relying on the collaboration.

In fact, a clue to this wider approach could be seen in the fund investment advisory licence, which only listed Vanguard as a service supplier. The licence was awarded to Ant Fund Sales — a legal entity that won the licence and which is run by Ant Group — rather than the joint venture.

Bang Ni Tou, however, has already achieved “strong growth momentum” just five months into its operation, according to one person familiar with the company.

By early September, the number of users on the roboadvisory platform had shot up from 85,000, just three months previously, to 370,000.

Mr Huang urged asset managers to better prepare themselves to “capture the opportunity” when Ant fully opens up its discretionary roboadvisory ecosystem to include more fund providers. 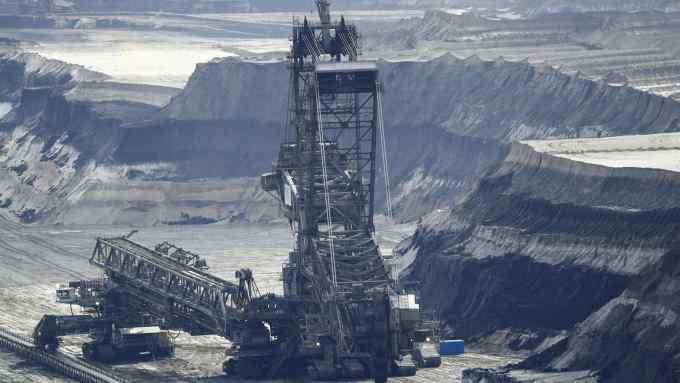