Employees are looking for collaboration, fun and shorter commutes

We’ll send you a myFT Daily Digest email rounding up the latest Future of work news every morning.

Companies are rethinking their office spaces as the growth of hybrid working means the workplace has to compete with homes and other locations as attractive places to get work done.

Workspaces will have to be designed to facilitate collaboration and be appreciably better than working at home, according to property experts.

Before the pandemic, employees at recruitment group Michael Page had a desk with a traditional desktop computer. But the company has switched to laptops as workers move more freely between home and the office. That has led to changes in where people sit, the space they need and their purpose for coming to the office, admits Nick Kirk, managing director for the UK, Ireland and North America.

Michael Page is likely to ditch many rooms used for face-to-face meetings with job candidates in favour of continuing with video interviews, Kirk adds. It also plans to adapt areas to offer more “landing space”, he says, referring to unallocated areas “where people can literally sit down with a laptop and work”.

Overall, the company sees an opportunity to reduce its office footprint by a third, even though property costs would not fall by the same proportion, Kirk says. Savings will be used “to invest in a better space”, more aligned with the fun and engaging experience that he says employees want in their workspace.

Tech giant Google is also experimenting. Chief executive Sundar Pichai has told workers that, in recognition of their demands for flexibility — such as working from home a couple of days a week, or from another city for part of the year — it has been testing “multipurpose offices and private workspaces”. Google has also been developing better video meeting technology that “creates greater equity between employees in the office and those joining virtually”.

Nici Bush, global vice-president of workplace transformation at Mars, the consumer goods group, says that while staff can work flexibly between home and office, the flexibility needs to continue within the office space itself.

“What you want to do is not the same throughout the whole day,” she says. Within a building, there must be places to relax and have coffee, areas for focused work and areas for hybrid meetings, she suggests.

John Mulqueen, head of offices for Europe, Middle East and Africa at property group CBRE Global Investors, agrees that spaces must increasingly allow for “me time” and “we time”.

Beyond the configuration of the space itself, technology, location and amenities are important.

“You can’t expect to force people back to the office, you have to provide a hook,” Mulqueen argues. “Managing this ‘mixed’ mode, that’s the real challenge,” he says. Video conferencing that works when some are at home and others in the office is the top priority.

Peter Ferrari, chief executive of Ashby Capital, a UK property investment company, says that while there might be a reduction in the amount of office space, “those [offices] that remain have got to be so much better”. He is focusing on what offices offer in terms of wellness, technology and sustainability.

Also important is location — one that offers shortest commute possible. If work is about collaboration, “the office needs to be in a central location, probably in a city where everybody can get to”, he says. Offices also need to provide access to amenities inside and out, such as cafés, bars and restaurants.

Then there is the question of so-called third spaces — whether cafés and other near-to-home “hyperlocal” workspaces, or hotel lobbies and even shared kitchen tables.

Ferrari and Mulqueen express some scepticism about these “third spaces” for big businesses. But John Spencer, chief executive of UK suburban flexible workspace provider Bizspace, says it has seen demand rise from workers who prefer not to commute into a hub office everyday but lack appropriate space at home.

“Localism is going to become as popular as centralisation was maybe a decade ago,” he predicts.

Meanwhile, Spacemize, an app founded by Zain Dhareeja and Saeed Al Ghurair offering flexible workspace in hotels, has recently expanded from the UK to the US. “Our target market is corporate employees and entrepreneurs who are seeking a third space between homeworking, which can often become unproductive or lead to many feeling isolated and distracted, and the office,” says Dhareeja.

But whatever option is chosen, he says, “to create better experiences for employees, companies must invest in engaging, user-friendly and smart technologies to support workers wherever they are”. 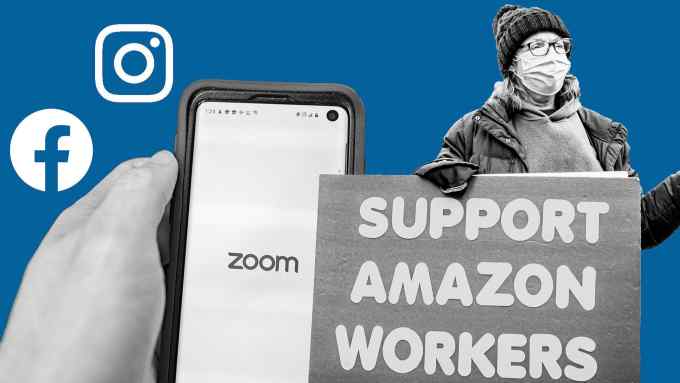