Singapore: a haven in the pandemic, even if some pleasures are off the menu

With low taxes and a stable rule of law, the rich are choosing the city state as their base
Mercedes Ruehl 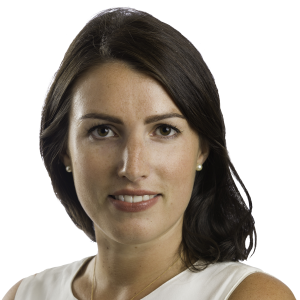 Singapore is a home to jet-setters. The 5.7m residents of the wealthy south-east Asian city state are among the world’s highest spenders on overseas travel. But last March, they found themselves grounded by the pandemic.

The country’s size (it is smaller than New York) meant that Singaporeans initially chafed at the prospect of spending long periods without boarding a plane or driving across the border to Malaysia to play golf.

But, as deaths rose and borders closed, many were happy to stay put. Some foreigners who were stranded in Singapore haven’t left either, says one luxury estate agent who found homes for several wealthy Chinese and Indian families. “One Chinese millionaire asked me to help find a villa to rent within 24 hours as he did not want to return to China, where the virus was spreading. Now he has moved his life here.”

The rich have long been drawn to Singapore by its low taxes and stable rule of law, more so during the pandemic. The financial hub has a tropical climate, the highest coronavirus vaccination rate among states with a 1m-plus population, and a Covid death toll that, despite recent increases, remains low by global standards.

“Covid-19 has been an opportunity for the wealthy, who have more flexibility and options to reassess how they want to live their lives,” says Stephan Repkow, founder of multi-family office Wealth Management Alliance, which has had a number of clients move to Singapore since the pandemic began.

Yinglan Tan, founder of venture capital firm Insignia Ventures, says five of his investors have moved to the city since the onset of the pandemic. “The attractiveness of investment destinations in the post-pandemic world is not just a factor of where the money can go, but whether it is a safe and stable place,” he says. Singapore upgraded its economic growth forecast in August to between 6 and 7 per cent for this year after it fell to 5.4 per cent in 2020.

It is relatively uncomplicated for wealthy people to settle in the city state. Its Global Investors Program gives business owners or families a fast track to permanent residency if they invest S$2.5m ($1.8m) in local businesses or certain funds. The number of single-family offices in Singapore has doubled since the end of 2019 to about 400, according to the government. Property deals, meanwhile, have boomed. Between January and August this year, sales of private residences totalled S$45bn, more than in any full year since 2012, according to property group ERA Singapore.

While travel and social gatherings have been limited, the city has avoided strict second or third lockdowns, leaving residents relatively free to spend on entertainment. Arron Goh, founder of high-end-events company The Inside Access, says he is busier than ever helping clients secure tables at Michelin-starred restaurants or hold yacht parties. “One family of five asked me to organise a three-day vacation on a megayacht,” he says.

Lee Lee Langdale, a golf club membership broker, says she has never seen membership prices so high in her 21 years in business. Memberships at Sentosa Golf Club, one of the island’s most popular, cost up to S$410,000 ($300,000), more than 60 per cent higher than before the pandemic.

But Singapore has not been unaffected by the pandemic. The rapid spread of the Covid-19 Delta variant forced many businesses into unpredictable opening hours.

Bebe Ding, co-founder of the Cru fitness brand, had to hold classes on hotel rooftops and in office blocks and warehouses to keep the business afloat. Often, she worked through the night to record online cycling classes. “It’s been exhausting, but Singapore is still the best place for us to be,” she says.

Le Mirazur, the restaurant on the French Riviera that was named the world’s best in a 2019 ranking, delayed its Singapore pop-up at the private Mandala Club after Covid cases spiked in May.

Residents have also had to contend with increased restrictions on civil liberties and surveillance, on top of oppressive existing laws, such as the prohibition of homosexuality and limits on public protests. The state’s TraceTogether app, which works via Bluetooth, is mandatory in restaurants, cafés, cinemas, hotels and even parks, but some Singaporeans were upset to learn that the police had access to the data for investigations.

The pandemic has not improved the city’s reputation, especially among young people, for being dull, either. Music is forbidden in restaurants and bars — to stop raised voices spreading the virus, the authorities say — while alcohol is also banned in such establishments after 10.30pm.

For business, reopening is a new challenge. Many residents are frustrated at the government’s caution: rather than easing restrictions, it is introducing more, despite rising vaccination levels.

Strict curbs remain on travel and social distancing — social gatherings were limited to two people earlier this month, down from five in the summer.

But Singapore’s measured approach is important for wealthy people, says Repkow. “Many of my clients are global citizens and need to decide their base,” he says. “Singapore is becoming more credible on that front.”