How to defeat rightwing populism 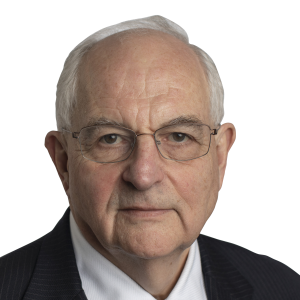 We’ll send you a myFT Daily Digest email rounding up the latest US presidential election news every morning.

The rise of Donald Trump is, as I argued last week, a symptom of the failings of elites, notably, but not exclusively, the Republican Party’s elite. Mr Trump is successfully channelling aggression and anger. That tactic is not new. Again and again, it has brought demagogues to power. But demagogues do not give answers. On the contrary, they make things worse.

Many seem to think that things could not get worse. Oh yes, they could. Things could get far worse, not just in the US, but across the world. This is why Mr Trump is so dangerous: he has no notion of the foundations of US success.

Mr Trump is a rightwing populist. Populists despise institutions and reject expertise. They offer, instead, charisma and ignorance. Rightwing populists also blame foreigners. Mr Trump adds to all this a zero-sum view of “the deal”.

In any country, embrace of the delusions of populism is disturbing. In Italy, for example, Silvio Berlusconi’s ability to play the pied piper to the misguided lost the country two decades of reform. Yet the US matters more: it has shaped the modern world by spreading enduring institutions built upon legally binding commitments.

Two results of what was a bipartisan achievement are noteworthy. The first is that the US has potent allies. Neither China nor Russia has such allies. They do not even trust each other.

The US has allies only partly because it is so powerful; it is still more because it has been trustworthy. The second is that the US has accepted enduring commitments. The obvious example is in its promotion of trade. Without that, the progress of many emerging economies in recent decades could not have happened.

With his transactional view of the world, Mr Trump could well discard both alliances and institutions. This would damage, perhaps destroy, today’s economic and political order. He and his supporters might believe that the US would escape unscathed if it tore up its commitments. They are wrong. If the word of the US proved worthless, everything would change, for the worse.

Mr Trump’s indifference to the credibility of the US goes deeper still. The country provides the world’s most important financial asset: US Treasuries. Since the fiscal position of the US has deteriorated, caution is necessary. So what does the presumptive nominee of the supposedly fiscally prudent party propose? According to the Tax Policy Centre, his (hugely regressive) tax proposals would raise federal debt by 39 per cent of gross domestic product, relative to the baseline. One response might be huge cuts to spending, which he has not explained to his gullible supporters.

Another would be a default. He “loves playing with” debt, he says. He even contemplates buying US debt back at a discount. Such “playing” would destroy the credit built up since Alexander Hamilton, the first US Treasury Secretary, devastating global finance.

Some claim Mr Trump feigns commitment to policies he knows would destroy US credibility and devastate global stability. Yet if he were really so dishonest, what might his limits be? Folly or cynicism — which would be worse?

It is still quite likely, albeit far from certain, that Mr Trump will be defeated. That might depend on whether Bernie Sanders decides to run as an independent. But if he were defeated, would that be the end of the matter? Arguably, not. Yes, the populist moment might pass. But it might also not do so. The domestic legitimacy of the US role in the world economy has understandably eroded.

This is partly because of the financial crisis, but also because many Americans have done poorly in recent decades. This is not just a US problem. Branko Milanovic has noted in his book Global Inequality that the upper-middle class — largely the middle and lower classes of high-income countries — has done relatively poorly in recent decades. Princeton professors Anne Case and Angus Deaton note, in addition, a sharp relative deterioration in mortality and morbidity among middle-aged white American men and women*, due to suicide, and drug and alcohol abuse. This surely reflects the despair of these people. It is tough to fail in a culture that worships personal success. Support for Mr Trump among this group must express this despair. As their leader, he symbolises success. He also offers no coherent solutions. But he does provide scapegoats.

If rightwing populism is to be defeated, one must offer alternatives. In a forthcoming article Dartmouth College’s Douglas Irwin notes that protectionism is quack medicine. Productivity growth accounted for more than 85 per cent of the job losses in manufacturing between 2000 and 2010.

Effective policies would include generous earned-income tax credits, combined with higher minimum wages. The evidence from the UK is that this mixture can be highly effective. Anger over illegal immigration is also understandable. Employers of undocumented workers should surely suffer heavy penalties.

US banks have paid more than $200bn in fines. But almost nobody has gone to prison. Combined with the (necessary) rescue of the financial sector, this has generated a widespread belief that the system is being exploited by morally disreputable insiders.

More fundamentally, within the high-income countries, the gainers from globalisation and technology feel no apparent responsibility for losers. Lowering taxes should not be everything. Above all, the system’s legitimacy depends on elite performance, which has been poor.

The US commitment to both institutions and alliances was right. The creation of an open and dynamic world economy and broadly co-operative relations among the powers remains a great achievement. Yet the greed, incompetence and irresponsibility of elites has now brought forth great populist rage. Mr Trump’s rise is a symptom of a disease that he would undoubtedly exacerbate. If it is not too late, people must now find more effective ways to cure it.

*This column is subject to a correction and has been amended.