State of the artisan: how fashion rediscovered its human side

A new seam of fashion brands is prioritising people over profits

Dechen Yeshi has the kind of commute most city dwellers would give their right arm for: from her house atop a valley on the Tibetan Plateau, she strolls down a grassy slope, taking in the crisp mountain air and verdant surrounds, to arrive at a workshop five minutes away. The 38-year-old moved to the lofty prefecture from Connecticut 13 years ago, not necessarily in search of tranquillity but to set up a textiles business that she and her mother, Kim Yeshi, hoped would create work for the people who live there. “We wanted to do something that was poverty-alleviating, but at the same time uses people’s skills and the local raw materials to create something amazing,” says Kim, who lives in India with her husband, a Tibetan academic. After establishing a base in Amdo, which lies to the east, the duo launched Norlha, a clothing company and white-label producer for some of the world’s biggest luxury names.

Norlha is one of a growing number of contemporary brands whose main priority is to create work for communities, rather than make fashion for fashion’s sake. In doing so, these independents are actively challenging one of the biggest criticisms of the industry – that it predominantly serves the people high up, while too often exploiting those who actually make the clothes. These brands and the communities they support occupy all corners of the globe: the likes of Varana, which hones ancient craft in India; Lemlem, which works with weavers in Ethiopia; Sindiso Khumalo, which collaborates with artisans in Burkina Faso and Cape Town; and Philip Huang, which utilises traditional dyeing techniques in Thailand.

“I believe that fashion can create jobs,” says LVMH prize finalist Kenneth Ize, who works with weavers in Nigeria to create vibrantly striped textiles for his collections. “I want to create value around the craft, and I believe that through showing this culture to the world, it could mean significant growth for the country. It’s not only going to be about making fashion, it’s going to grow the economy in general.”

One UK-based proponent of community-led fashion is Patrick Grant, the creative director of menswear brand E Tautz and founder of Community Clothing, a social enterprise designed to create work for Britain’s dwindling textile industry. Grant has partnered with 28 factories, each specialising in a core part of the chain – including spinners, weavers, embroiderers, textile printers and garment makers – to create perennial basics for men and women. “I want to help restore economic prosperity to our textile regions,” says Grant, who estimates to have created more than 140,000 hours of skilled manufacturing work since launching the brand in 2016. “We design products that play directly to their strengths, utilising their existing skills and machinery, and taking their advice on fabric and yarn types and on garment construction.”

Part of the endeavour of these brands is to use the resources that have traditionally been present in each area – from wool or linen in the UK to cotton in India or Ethiopia. In Tibet, an abundant raw material is the fibre from yaks, of which there are around 14 million across the plateau. The wool, which can be coarse and unruly, has traditionally been used for insulation; Norhla, however, uses the soft underdown (known as khullu) that the yaks naturally shed – and which has not previously been widely utilised – to make luxury accessories and ready-to-wear for men and women. “The reason that this project was so attractive to the nomads is because we were giving the yak a new and modern context,” says Dechen. “These are people who for generations and centuries have seen the yak as central to their way of life.”

For others, it’s about preserving skills and techniques that have fallen out of favour with modern industrialisation. Varana, which has its flagship store on Dover Street in London, employs artisans in India whose craft has existed for centuries but is no longer in as much demand. “We started because the skills were dying out, because the children of these craftspeople aren’t really doing what generations of their families have done,” says founder Sujata Keshavan. “The tragedy is that, because of a lack of work, a lot of the weavers are actually breaking stones on the road and doing unskilled labour, because they can’t get orders. They have these amazing skills, but they don’t use them.” Keshavan is counteracting that by taking the techniques and applying them to designs that are more attuned with the high-end fashion market. “They’ve been doing this specific craft for years and years, but the market has changed,” Keshavan adds. “If we want to shine a light on these crafts, and hope that they continue, it’s very important that the design is a bridge between what would be desired today by people all over the world and their capabilities.”

That includes jamdani, a loom-embroidered textile traditionally used for saris that has been identified by Unesco as a craft that needs to be preserved. Instead of using the motifs that have typically been woven into the cloth – intricate, geometric patterns or neatly tiled florals – Varana creates pieces such as a bone-white, floor-length dress with a pattern that mimics soundwaves. There’s also khadi, a feather-light fabric used in a capsule collection of long skirts and dramatic, balloon-sleeve blouses. The cloth is made entirely by hand, without the use of electricity. “It’s got the lowest carbon footprint in the world of any fabric,” says Keshavan, who also notes that her khadi is made from rain-fed cotton that is 100 per cent biodegradable, and therefore highly sustainable.

Being respectful of the environment is also a priority for many of these brands, and is something that is easily achieved by virtue of the traditional processes and techniques that they employ. The duo behind New York and Bangkok-based label Philip Huang, former model Huang and his wife, Chomwan Weeraworawit, use natural indigo dye produced by artisans in north-east Thailand to create their designs, which range from kimono-style jackets to socks and blankets. They came across the process – which is less polluting than the synthetic equivalent – while visiting Weeraworawit’s family in Thailand some years ago, and were immediately mesmerised by the technique of soaking the leaves of the indigo plant and beating the liquid to extract the vibrant hue. “The artisans we work with, the indigo grandmas, many of them are in their 70s, and have been doing this their whole lives,” says Huang. “But there aren’t many of the younger generation involved in the work, so we made it our mission to appeal to the youth, and I think it’s something that they would engage with.”

The idea of building communities through clothing production is one that the Ethical Fashion Initiative too has been striving towards since 2009. Founder Simone Cipriani wanted to create a bridge between marginalised artisan groups and global lifestyle brands; the United Nations and World Trade Organisation-led initiative has since engaged communities in Mali, Afghanistan and the Ivory Coast, and has relationships with brands from Vivienne Westwood and Stella McCartney to United Arrows. “The networks of artisans we co-create with,” says Cipriani, “become not only an interface for trade with global brands and distributors, but also a tool to rebuild their society’s social capital – the capacity of working together for a different common future.”

That is the sentiment shared across the board – that fashion and the production of it can be a force for positive social change. “It’s a challenge, but working together makes us all have this mutual sense of responsibility for each other,” adds Dechen. “It’s not just sending your order out to a far-flung factory from a design studio. The designers come here and they work with the artisans. We are all human beings working together.”

Explore the series
READ MORESpring forward! Blossom to boost your mental health
Flower to the people: behind the scenes of Lewis Miller’s ‘flashes’ 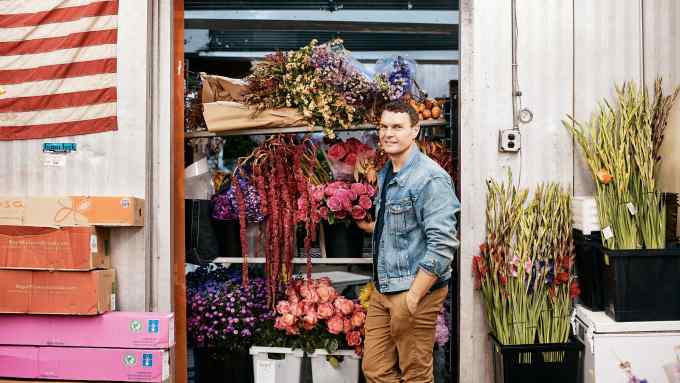