Wall Street threw open its doors to the crypto industry this week as the first US exchange traded bitcoin fund attracted more than $1bn of investor cash and sent the price of the biggest digital currencies to new highs.

Similar vehicles already trade elsewhere, but the launch of a crypto ETF on the world’s biggest equities market represents a significant milestone for crypto advocates after eight years of lobbying regulators.

For the first time, mainstream investors can now hold a US-listed bitcoin-linked security in their portfolios alongside traditional financial assets like stocks and bonds.

“This is the fastest ETF to get to $1bn in assets . . . From an asset growth and trading volume perspective this is unprecedented and is a sign of the pent-up demand,” said Todd Rosenbluth, head of ETF and mutual fund research at CFRA.

The well-received debut of the bitcoin ETF shows how traditional financial companies are racing to snag a slice of the digital asset industry. It also highlights the acknowledgment among many financial watchdogs that the sector has become too large and is growing too fast to brush off.

Retail investors accounted for only around 12-15 per cent of net buying in the ProShares ETF on the first two days of trading, pointing to significant interest among institutions, according to data from JPMorgan. Another similar vehicle sponsored by Valkyrie Funds launched on Friday, three days after the ProShares product, in a move analysts expect to be replicated many times over.

Other announcements this week, including a blockbuster fundraising round by crypto exchange FTX backed by a clutch of blue-chip investors, have added to the hype surrounding digital assets.

These signs of broadening interest, as well as a rise in professional traders using crypto as a base for sophisticated market bets, helped propel the price of bitcoin above $66,000 on Wednesday for the first time before receding to about $61,000 by Friday. Shares in Coinbase, the biggest listed exchange, soared more than 10 per cent in the days leading up to the launch.

However, many analysts say the launch of the ProShares ETF is just the start of a much longer battle to convince the Securities and Exchange Commission that a product providing a direct hook-up to largely unregulated crypto markets should trade on Wall Street bourses.

For the SEC, the decisive factor in allowing the ProShares ETF to go ahead was that the vehicle holds futures contracts traded on the Chicago Mercantile Exchange, a fully regulated venue, rather than digital coins outright. Cryptocurrencies are typically bought and sold through a wide variety of venues in a market the commission’s chair Gary Gensler has referred to as the “Wild West”.

“What you have here is a product that’s been overseen for four years by [the Commodity Futures Trading Commission] and that’s being wrapped inside of something within our jurisdiction . . . we have some ability to bring it inside of investor protection,” Gensler said in an interview with CNBC.

Interactive Brokers, the retail broker, unveiled crypto trading for financial advisers on Monday but Thomas Peterffy, its chair, was more circumspect on the value to investors of holding the ProShares fund or ones like it. 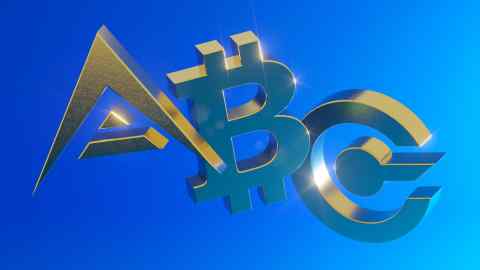 Peterffy, who helped usher computing on to Wall Street in the 1970s when he used machines to help calculate the value of securities and options, said the only utility for crypto was as a fallback when the monetary or banking system experienced some trouble.

“I believe when such trouble occurs, these ETFs will go to an incredible discount to the value of the coins. So I think it has no utility. As long as people don’t think about it, the price will move with the price of bitcoin.”

Others pointed out that an ETF that relies on futures can become unglued to the asset it is supposed to track. USO, the $2.9bn oil ETF, has often diverged significantly from the price of US crude oil over the past decade.

One factor is the “roll cost” — when the fund manager regularly shifts to a new futures contract when the previous one expires. This could be more costly if the market expects the price of bitcoin to rise in future. A situation in which the futures price is higher than the spot price could mean the ETF undershoots the returns that would be provided by owning bitcoin outright by around 7 per cent a year, said Andy Kapyrin, co-chief investment officer at RegentAtlantic, a $5bn registered investment advisory group.

That makes the product more expensive for investors wanting to hold a position over the long term, Kapyrin added. “This will keep it relegated to shorter-term trading portfolios, rather than long-term holders,” he said. It is “a no-go for advisers” recommending long-term positions to hold but admitted it was “a good product for trading”.

That is why several asset managers are already making a push to get the SEC go-ahead to start funds linked directly to crypto prices. Some ETF sponsors also pulled back from their own futures-based products.

Invesco said it would focus on gaining approval for an ETF that holds digital tokens. Just before Wall Street opened for trading on Tuesday, digital asset manager Grayscale Investments announced plans to convert its $40bn Bitcoin Trust, the biggest crypto investment fund globally, into an exchange traded fund that will own digital tokens outright.

“There is a bit of euphoria in the industry that we now have an ETF, but it’s the first step,” said Dave LaValle, global head of ETFs at Grayscale. “Ultimately the goal is that investors should have a choice between ETFs that are futures and physical bitcoin based.”

It may be a dream many years away. Brett Harrison, president of the US arm of crypto derivatives exchange FTX, said the SEC’s decision this week not to stand in the way of the ProShares fund was unlikely to be the first in a series of regulatory dominoes to fall.

“I think the SEC wants to see the spot crypto exchanges come under some regulatory envelope before agreeing to that,” he said.

SEC chair Gensler has called on US lawmakers for powers to oversee crypto trading platforms, and he wants the companies to register with the agency.

The SEC is also in the middle of a fraught legal debate over whether digital coins should even be registered as securities. Many leading crypto players challenge that view.

“It’ll be highly unlikely for a direct bitcoin or any other type of crypto asset fund to be approved in the near term,” said Amy Lynch, founder and president of FrontLine Compliance, a regulatory consultancy. “Right now the issue is exactly what type of format of these assets is going to be deemed a security”. 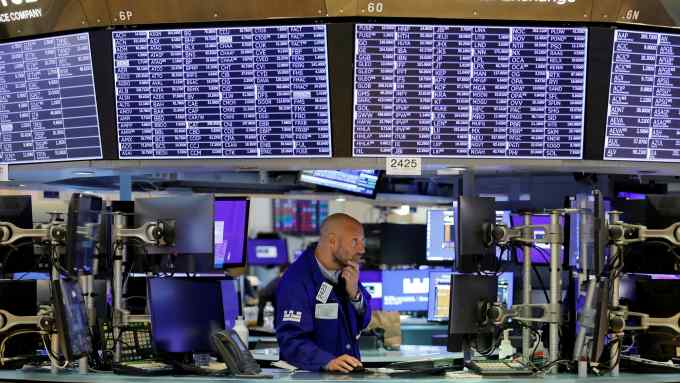