Having achieved a legalistic peace at home, the continent grew blind to conflict outside it
Janan Ganesh 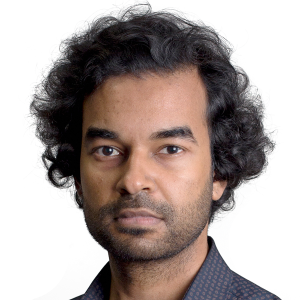 We’ll send you a myFT Daily Digest email rounding up the latest Geopolitics news every morning.

Until such time as a court rescinds the Louisiana Purchase, Europe does not have Texan gas or North Dakotan oil. It does not have Oklahoma. Much less favoured than America by Providence — that classy word for dumb luck — it has to do deals with resource-rich nations and manage the strategic consequences. Even as it weans itself off Russia, look at the new friends that Europe is making: in Algeria, in the Gulf.

The continent has an excuse, then. But it wasn’t one that Germany’s UN delegates offered in 2018 when Donald Trump warned against gas dependence on the Kremlin. Instead, they smirked and shook their heads as if to wonder what the old crank would say next. Angela Merkel pressed ahead with the Nordstream 2 pipeline despite his better counsel. She retired nuclear power plants. She put hope in peace-through-trade, as though the Great War had not shown that commercially enmeshed nations can be hostile ones.

As 2022 winds down, the best Germany can say is that other European countries stand no less discredited. This was the year Sweden gave up its official neutrality in world affairs as the untenable conceit that it was. France’s self-image as a bridge to the east, as an expert on the Russian psyche, gets more laughs than results. Britain’s openness to Kremlin-friendly wealth has dated terribly. At EU level, there is less burbling about “soft power” now that the necessity of the hard kind is so distressingly clear.

Europe must accept that not just a policy, but an entire worldview collapsed this year. As Poland and the Baltic states will stress, it was never held by the whole continent: more like the western European nations, and even then just some of them. Still, it led to misjudgments that compromised the security of all Europe. The lack of defence spending was one that will take a political age to reverse. The strengthening of Russia through trade was another. A decision in Berlin can expose Finland.

Admitting that it saw the world wrong, that Trump was quicker to grasp one or two bleak realities, will be difficult for Europe. Explaining exactly why it was so naive will be much more painful. For the reason goes to the core of the integrationist project.

The EU deserves most of the credit for the continent’s post-1945 peace. (If the key were Nato, what explains the enmity between Greece and Turkey, both members of that alliance?) But no historic success is without its perverse consequences. Among some Europeans, especially in states that are old members of the project, there is a view of conflict between nations as something irrational, a kind of glitch in the normal run of things. The idea that interests can be irreconcilable, and held so deeply as to be impossible to set aside, has got lost.

From there, it is a short step to military under-investment, complacent trade relations and a touching confidence in the durability of peace deals and other paper agreements. Of Paradise and Power, Robert Kagan’s 2003 book on this theme, aged horrendously as the Iraq war that he championed slid into fiasco. With the invasion of Ukraine, its reputation is coming around again. His account of how a certain part of Europe thinks is harder to dismiss outright.

Before the Ukraine war, much of the continent had come to see good global citizenship as a matter of process: of going to summits, working through institutions, using the language and protocols of diplomacy. This is life inside the EU, after all, and how well it has tied once-warring nations into a legalistic peace. Process is the point in Europe. Its relevance to the outside world, even the nearest bits of it, is the question.

At its worst, the focus on good form and manners also became cover for shirking the rougher side of international leadership. A human lifetime after the second world war, Europe is still the military junior, and at times the ward, of America. In absolute terms, its contribution to the defence of Ukraine is much the smaller. Europe “would be in trouble without the United States”, said the Finnish premier Sanna Marin in Australia last week.

Because all but the very oldest among us have grown up under this state of affairs, we forget how weird it is. A rich continent, more populous than the US, still looks an ocean away for guardianship, as it did before the dawn of colour television. But it didn’t come from nowhere, this negligence. It came from Europe’s own hard-won victory over its dark past. Perpetual peace instilled some mental habits that don’t travel well in the wider world. I’d say the EU was a victim of its own success, if the victims this year weren’t just outside it.