We’ll send you a myFT Daily Digest email rounding up the latest Batteries news every morning.

Relentless cost reductions over the past decade have made solar panels and wind turbines increasingly competitive with coal and natural gas.

Now the same thing is happening with batteries, allowing electric cars to become cheaper and electric grids to store surplus energy for when it is needed.

The cost of lithium-ion batteries has fallen by 75 per cent over the past eight years, measured per kilowatt hour of output. Every time battery production doubles, costs fall by another 5 per cent to 8 per cent, according to analysts at Wood Mackenzie.

But, unlike solar panels, increasing battery production alone will not be enough to ensure price falls inexorably without action to tackle shortages of their key ingredients. Lithium-ion batteries contain scarce metals such as cobalt, over half of which is mined in the Democratic Republic of Congo. The price of cobalt has doubled over the past two years, raising the cost of producing battery cells.

The risk of a bottleneck in the supply of materials used in the standard power source of the world’s growing fleet of electric vehicles is a future concern.

The good news is that attempts are under way not only to boost the amount of energy batteries can hold using the same amount of raw materials, but also to switch to more abundant metals.

Investors have poured money into start-ups promising new battery technologies, while the largest battery companies are switching to batteries that use more nickel than cobalt. Utilities keen to develop static power storage facilities are also looking at using so-called flow batteries that use recyclable materials such as vanadium.

Since Sony commercialised them in 1991, lithium-ion batteries have played a vital role in the digital revolution, allowing us to use our smartphones and tablets all day and then recharge them at night. Their ability to deliver sharp bursts of stored energy also make them the technology of choice for electric cars.

Wood Mackenzie estimates battery demand for transportation is set to rise by almost forty times by 2040.

China is likely to be building the bulk of those batteries over the next few decades, as the number of battery factories in the country expands. Half of global battery production capacity is likely to be in China by 2028, according to Benchmark Mineral Intelligence.

That growth will put increasing pressure on the raw material supply chain. As a result the largest carmakers are already switching to lithium-ion batteries that use 75 per cent less cobalt than current technology.

Low cobalt batteries will make up the majority of the electric car market by 2025, according to Wood Mackenzie.

“Not only does this battery chemistry ease the supply constraints and ethical concerns arising from high cobalt use, but it also provides far superior energy density over the traditional chemistry, thereby reducing overall materials costs,” the consultancy says.

Utilities can also switch to so-called flow batteries, which work by storing energy in large separate tanks of liquid electrolyte that is then pumped through a cell. Such batteries can use different materials such as vanadium, a metal currently used in the steel industry.

Vanadium batteries have the benefit of not losing their capacity — a process known as degradation — as quickly as lithium-ion batteries. Vanadium material can also be easily reused.

“We rent the vanadium electrolyte,” Scott McGregor, the chief executive of UK-based company RedT Energy, says. “It’s the first resource in the energy sector that you don’t consume.”

China dominates production of vanadium, producing half of the world’s supplies. Its value has doubled over the past year, due to growth in steel demand. However vanadium is a more abundant material globally than cobalt. If market forces stimulate more extraction and drive down the price of vanadium, this could increase the uptake of batteries based on the element and reduce overall dependence on existing lithium-ion technology. 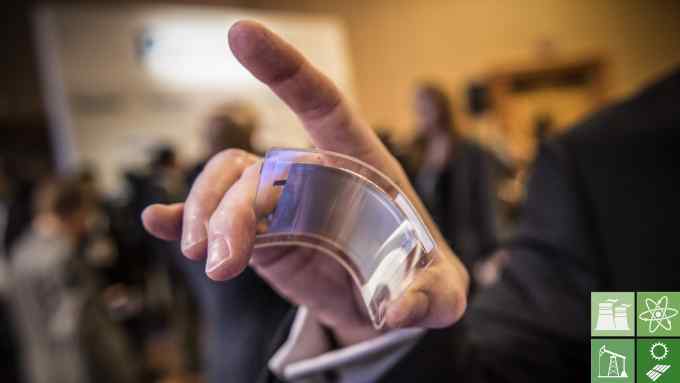