Sign up to myFT Daily Digest to be the first to know about Education news.

In the village of Vyas Nahari, in India’s mountainous Uttarakhand state, seven-year-old Riddhi Chauhan struggles to read simple words after more than a year out of school during the Covid-19 pandemic.

Although teachers have tried to send some educational material by phone during the protracted school closure, Riddhi’s mother, Parihibi, admits she has had little time to help her five children with their learning, given her other domestic tasks.

Like Riddhi, many of India’s estimated 260m school children, especially the younger learners, have suffered heavy learning losses in the pandemic. These setbacks are most significant for India’s millions of first-generation learners who come from text-scarce environments and whose parents and families are unable to support their education during the long school closures.

It is unclear when India’s schools will reopen, as the country is now in the grip of a ferocious second wave of Covid-19, which has overwhelmed the country’s health system. But educational experts say it will be critical for educators and school systems to recognise, and address, the magnitude of the slippage when schools do finally open their doors.

“Students, as they come back to school, will be facing [an] enormous learning deficit,” says Anurag Behar, chief executive of the Azim Premji Foundation, a philanthropic education organisation. “Teachers need to be prepared. They are going to face groups of children at different levels of forgetting or remembering and they need to figure out how deal with it.”

Rather than trying to pick up where schools left off, many educationalists agree that they will have to help students master basic skills again, before trying to push ahead with the school curriculum.

“It’s very important that you don’t go back and do what you think you’ve missed,” says Rukmini Banerji, chief executive of the Pratham Education Foundation, a charity that has also worked with school children, helping to counter underperformance. “You have to go back and do the basic foundations.”

Yet, ironically, Banerji says such an approach could work to the benefit of those who were struggling in school before the pandemic hit. “You have to accept a lot of kids were being left behind and this is the time to give them the space to catch up,” she says.

India faced an educational crisis even before last year’s disruption. While the government has made tremendous strides in building schools and getting children into classrooms over the past two decades, learning outcomes have been disappointing, as poorly trained teachers have struggled to cope with classrooms of diverse ages and abilities.

“There is a severe learning crisis in India,” India’s Draft National Education Policy acknowledged in 2019. “Children are enrolled in primary school but failing to attain even basic skills such as foundational literacy and numeracy.”

Assessments of the deficit in learning outcomes differ in terms of magnitude. Pratham’s Annual Status of Education Report concluded in 2018 that just half of children in the 5th standard (or year) of primary school could read a text from the 2nd standard.

But the World Bank’s new Learning Poverty indicator estimated that 55 per cent of India’s 10-year-olds were unable to read a basic sentence, compared with 15 per cent in Sri Lanka and China.

India’s own draft education policy suggested that as many as 50m primary students had failed to achieve basic literacy skills, limiting their ability to learn even if they appear to be progressing through the school system.

“If a child does not learn to read with comprehension by age 10, their learning trajectory is over,” says Bikkrama Daulet Singh, co-managing director at Central Square Foundation, which works to improve educational quality in government and private schools. “At that point, all curriculum moves from oral to written, and they are sitting in the back of that class.”

The pandemic has exacerbated the crisis: most primary-age children have not set foot in school in over a year. Although many states tried to provide learning materials to children through other means — including television, radio, WhatsApp groups and even some group tutoring means — efforts were sporadic, with their impact uncertain.

Don’t worry about the grade level for now. Go slow, go deep and go basic — then you can build a lot more after

Now, educationalists agree that school restart programmes must give young learners a chance to build, or rebuild, their foundational skills. That may mean regaining skills lost during school closures, or helping children master those they had never grasped.

“If you try to pack in last year’s work in three months, it’s not going to help anyone because the kids were not at that level anyway,” says Pratham’s Banerji. “You have kids that are four years behind. Just focus now on getting the foundation. Don’t worry about the grade level for now. Go slow, go deep and go basic — then you can build a lot more after.”

Pratham has long used a technique called “Teach at the right level” to provide remedial education and bring struggling students to the appropriate skills level for their age. The charity now intends to use this method to work directly children across India at “catch-up camps”, to help them prepare for school reopening.

The Pratham approach involves grouping students according to their actual skill level, instead of their age and designated year, and then to help them quickly master skills up to their year level.

Such interventions — which break with the rigid approach of many Indian schools — have proven highly effective in helping struggling learners to catch up, and Pratham argues that it will be ideal for helping kids recover from the long disruption to their schooling.

“This catch-up is a long-pending, low-hanging fruit,” Banerji adds. “You have to do it this year.”

The Azim Premji Foundation — which for years has provided professional development support to poorly trained government schoolteachers — is now trying to help educators prepare for school reopening by developing tools to assess kids’ capabilities after the long hiatus.

“There is no question that students have forgotten stuff — they cannot resume from where they have left off,” says Behar, the foundation’s chief executive. “Teachers need an approach, a method, tools where they can go into a particular classroom and quickly assess where the children are, compared to where they were before they left school.”

Singh at Central Square Foundation also believes that schools must restart with a “60 to 90-day burst of remediation, built on principles of teaching to the right level”, after which students can transition to their age-appropriate grade level.

Overall, education experts believe that the established programmes developed to help struggling students and teachers in recent years will provide a strong foundation for restarting school.

“This notion of innovation — and the idea that innovation is an axiomatic good — is problematic,” says Behar. “What really needs to be done is the basics: train the teachers and give them support material. You’ve got to sort out the teacher education system. Otherwise, the bucket has no bottom and you are just pouring water from the top.”

Get alerts on Education when a new story is published 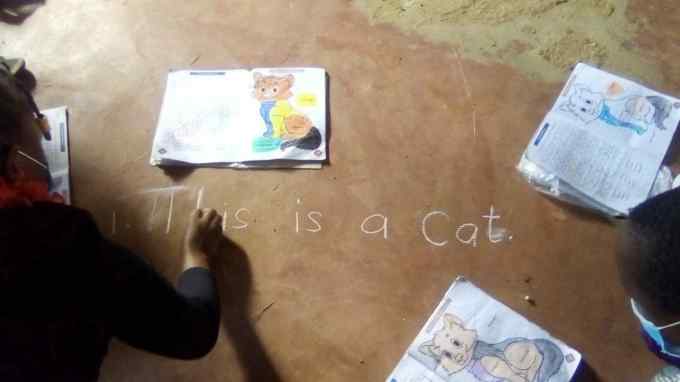