When compiling a list of the types of expert involved in the innovations that are changing our world, you might write: data-whizz, researcher, and entrepreneur. ‘Lawyer’ would probably not be the first to come to mind. But behind many of today’s most bold and groundbreaking advances is an army of legal pioneers challenging old laws, shaping new ones, and stitching together novel financial instruments to bring new products to the market.

“Lawyers are often seen as complicating matters, stifling innovation, focusing too much on things like compliance,” says Eveline Van Keymeulen, a partner at law firm Latham & Watkins. “But, increasingly, lawyers are business partners, helping companies to innovate and develop products. On a day-to-day basis, my job consists of interpreting the law in a pragmatic, forward-looking way.”

Van Keymeulen is a regulatory specialist with a particular focus on the bioscience sector, who is often involved in winning regulatory approval for unfamiliar or controversial products.

One such case involved defending the manufacturers of Kanavape, a brand of electronic cigarettes that contain CBD, a naturally-occurring chemical in the hemp plant. When Van Keymeulen took on the case, the company’s two founders were facing criminal charges because French law prohibited the marketing of many products derived from hemp.

The battle had been long and winding. The case was lost; it had gone to appeal. Some ­questioned the reasoning behind taking it on. But Van Keymeulen saw an opportunity to tackle a “groundbreaking question”. A question that “could have much broader repercussions, not just for French rules, but for the whole European CBD market”.

Her hunch was vindicated. The team tackled the ban both by questioning its breach of the EU principle of the free movement of goods and the contradictory nature of French law that barred the sale of some cannabis-related products. In the end, in November 2020, the Court of Justice of the European Union (CJEU) agreed.

The ruling rippled across the CBD industry — not just in France, but throughout the EU.

“What’s important about that case is that it originated from a small French criminal case, related to one company [with] two founders but, because of its referral to the European Court of Justice, it has changed French law,” says Van Keymeulen.

“And, even more significantly, following the case, the European Commission changed its stance on CBD — they had been taking the restrictive view not just on e-cigarettes, but cosmetics, food, beverages . . . The case legalised the use of CBD in Europe and opened up the whole market,” she adds.

One reason lawyers are often essential in bringing innovations to market is the necessity of first challenging outmoded rules. Regulations hatched decades ago are ill-equipped to deal with future-facing technologies. “Very often, with these emerging technologies, you need to challenge the rules because they are no longer adjusted to innovation,’‘ says Van Keymeulen. “That’s where lawyers come in.”

Very often, you need to challenge the rules [that] are no longer adjusted to innovation

For the legal team at Hogan Lovells, the regulatory challenge was similar, though the ask quite different: could they change the law to validate insects as a food source for animals and humans?

Start-up company Ynsect had approached the law firm in some ­distress. Its ambition to breed and process billions of insects to feed livestock and humans was coming up against two hefty obstacles.

One was financing. Ynsect had built a demonstration plant but needed substantial investment to construct a cathedral-sized factory and reach commercial viability. Then, there was the law. Existing European regulations imposed complex restrictions on the use of insects as feedstock for farmed animals and direct human consumption.

“These super deep tech products cause all sorts of challenges,” reflects Matthieu Grollemund, a corporate partner at Hogan Lovells in France. “You have to push the line without crossing it and that requires legal engineering, risk management, and a team of experts.”

Step by step Ynsect, its industry peers and its advisers, set about winning wider approval from the European Commission and European Food Safety Authority for the use of insects in the food supply chain. But, as regulations were confronted and approvals gained, an even larger challenge loomed. How could they secure investment for a business that was not only unfamiliar but unappetising as a proposition in Europe? A need for huge capital expenditures and the fact Ynsect was years from profitability made it a hard sell. 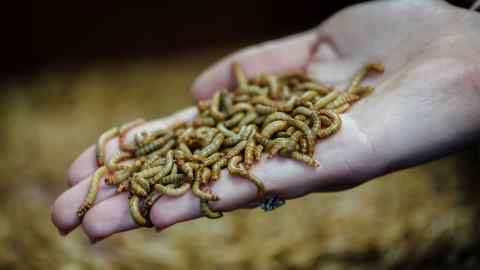 “It was a very ambitious planned project,” recalls Grollemund. “If you’re trying to fund a windmill, everyone knows what that is and it’s pretty easy to finance. For Ynsect, there was a lot of uncertainty. And so our job was to manage that uncertainty.”

Hélène Parent, another lawyer on the case, adds: “It was a chicken-and-egg situation because the banks wanted the company to have raised funds in order to provide loans. And the new shareholders and investors wanted the loan to be secure as well.”

To get around it, the team developed a novel financial package that involved exploring different debt and equity structures and securing government sponsorship. The aim of the complex arrangement was to make it an attractive investment with the flexibility to change milestones and deadlines. Ynsect raised some €350mn under the scheme. The legal team is now using the experience gained to devise similar financing structures for other clients.

These cases highlight how an alliance of lawyers and start-ups can have far-reaching impacts on what the world consumes, buys and sells. As technology continues to advance, firms providing innovative legal solutions are likely to play an ever more crucial role. 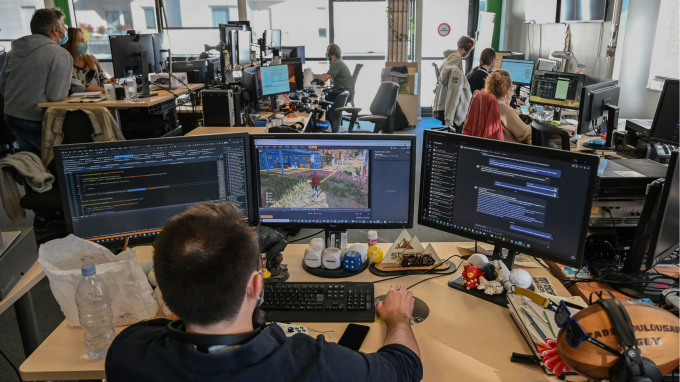