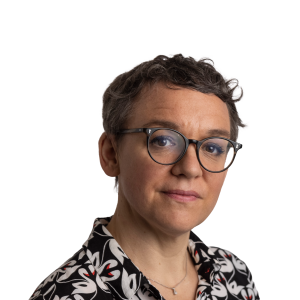 We have (mostly) been good all year and all we really want for Christmas is for US interest rates to stay nice and low for as long as possible.

One of the key tasks of markets journalists, a gift to the world, is to wade through lots of year-ahead outlook research from banks and investment firms so you don’t have to. Some of these things run to hundreds of pages — the product of intensive work by dedicated minds grappling with the task of making predictions in an inherently uncertain world (and trying to land in clients’ inboxes before the competition).

It is a crude generalisation of these often thoughtful pieces, but nonetheless true, that for the next 12 months or so, they largely boil down to that letter to Santa above. Everything hinges on investors’ perception of inflation pressures and what they think the heavy-hitting central banks, chiefly of course the US Federal Reserve, will do about them.

In a sense, this is nothing new. Fed policy matters, shock news. But it is notable that, whatever 2022 can throw at us — new coronavirus variants, geopolitics, whatever — still the number-one point of discussion among fund managers is the same as it has been for most of this year: inflation. If policymakers respond to what has, by any sensible measure, been a surprising burst higher in price pressures, and the Fed seeks to douse them down aggressively with rapid rises in interest rates, then some risky assets are vulnerable.

“It’s the best of times and the worst of times for equities,” Rutter continued. “It’s the worst of times because they have never been this expensive. But they are a bargain relative to buying Treasuries in a 4 per cent inflation environment. That’s why the equity market refuses to go down. You need asset classes that give you a positive rate of return.”

Take away those rock-bottom yields on benchmark bonds, and the conversation is entirely different.

This point shines through in a recent survey of credit investors carried out by Bank of America. “Investors seem to think there is only one risk that matters: a policy error by central banks,” the bank said in its summary of the study. “Almost half of those surveyed say this is their major concern, close to the largest reading ever for a top concern. Investors feel entrenched inflation will end the era of central bank predictability, with forthcoming rate hikes being quicker, bigger and more chaotic than in the past.” The bank described the concern as “policy panic”.

Omicron? Whatever. The survey revealed that 70 per cent of investors in the study thought this new variant of the pandemic would have little economic impact, thanks to low appetite for lockdowns and the safety net of existing vaccines. Only 5 per cent have identified lingering Covid-19 as the top concern for 2022. Instead, it is all about the rates outlook. 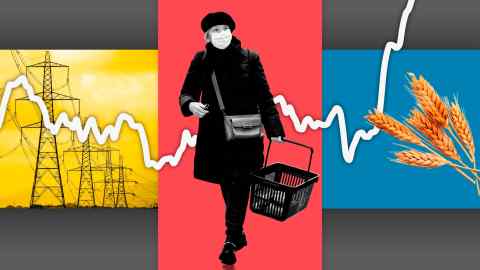 Now, of course, a policy “error” by the Fed, or any other central bank for that matter, is in the eye of the beholder. One can argue that failing to raise rates hard and fast in response to price pressures is a mistake in itself that fosters greater inequality and potentially stores up a big correction further down the line. Some hedge funds stand to gain from a break in the rates environment. Still, few would argue against the notion that tighter monetary policy poses a challenge to fund managers.

The all-consuming primacy of monetary policy over asset prices goes hand in hand with what has been a punishing environment for many specialists in banks, the investment industry and in policy, as inflation has not behaved even remotely like most predicted. Early this year, when US inflation first blasted above expectations, fund managers were alarmed but able to shrug off any urge to panic, pointing to the outsized role for some specialist items such as used cars. Since then, efforts to write off inflation as transitory have suffered a brutal collision with reality. Central banks have succeeded in being patient, and have declined to rush in with rate rises, but 2022 is widely expected to be the year that they snap. The Bank of England has already nudged up rates, while the Fed has signalled three rises next year. The question, and the subject of fierce debate, is whether that is a sufficient, or excessive, response.

Salman Baig, multi-asset investment manager at Unigestion in Geneva, is among those who think inflation will calm down and that the Fed will respond to negative shocks, such as a serious dent from Omicron, by dialling down its hawkishness.

“My view is the Fed will back off,” he said. “At most, there will be one Fed hike next year. If we are right that central banks end up being less aggressive, that’s a boon. We have to be humble. We could be wrong, inflation might pick up. But that’s why we have risk controls.”

Get alerts on Monetary policy when a new story is published