Bank of Japan backs away from ETF buying scheme

The Bank of Japan’s decision to abandon its ¥6tn ($55bn) annual target for exchange traded fund purchases and to cease buying those tracking the Nikkei 225 or Nikkei 400 raises questions about the future direction of Japan’s ETF market.

The central bank made its widely expected announcement to abandon the target on March 19, adding it would only now buy ETFs tracking the Topix.

However, it said it would retain the ¥12tn upper limit to what it can purchase annually, which it introduced last March as a support measure in response to the coronavirus pandemic.

Government officials, scholars and market participants have long been urging the BoJ to wean itself from the scheme, calling it “unsustainable” and “with huge demerits”. They have criticised the massive purchasing drive for distorting financial market pricing and trading.

Now some question what the BoJ will do with its ETF holdings.

“What is the BoJ going to do with the ETFs they have bought so far? That is always the trillion-dollar question,” said Jackie Choy, Morningstar’s Hong Kong-based director of ETF research for Asia.

“We have not heard what they would do with the existing holdings. They’ve launched a lending facility, effectively making it more liquid, but that’s not selling the ETFs,” Choy added.

The central bank rolled out a lending facility in June last year through which it can temporarily lend its ETF holdings to market participants. But the programme has struggled to attract investor interest.

Driven by purchases by the BoJ, some of Japan’s broad market ETFs have regularly seen the largest inflows of any locally domiciled products in Asia.

The central bank bought ¥6.845tn of ETFs last year. The largest five ETFs tracking domestic stocks reached ¥4.29tn in AUM combined by the end of last year, according to data from the two Japanese securities exchanges.

The BoJ may slow the pace of buying, but I personally don’t think that they will offload the ETFs they already hold

Among them, the Next Funds Topix ETF and Next Funds Nikkei 225 ETF, which were both launched by Nomura AM, topped the list, with ¥1.44tn and ¥773bn in assets respectively. Nikko Exchange Traded Index Fund Topix, Daiwa ETF Topix and Nikko Exchange Traded Index Fund 225 ranked third, fourth and fifth, with ¥670bn, ¥668bn and ¥361bn in respective AUM.

The BoJ has acknowledged that its buying activity may have had a negative impact on other investors in the ETF space, because how and when it will clean its balance sheet of the ETFs remains the primary concern among global asset allocators when investing in Japanese equities.

Whatever the BoJ decides to do with its ETF holdings, it will “definitely not” offload them, at least not in the near future, John Vail, chief global strategist at Tokyo-based Nikko Asset Management, told Ignites Asia.

“They may slow the pace of buying, but I personally don’t think that they will offload the ETFs they already hold,” Vail said.

Nikko AM surveyed top investment strategists in Japan two weeks ago and the vast majority did not think BoJ would release its holdings in any way that would affect the market for at least the next 10 years.

The central bank’s ETF shopping spree has not done much to encourage greater competition among ETF providers.

“As far as I know, the BoJ has been buying ETFs from funds based on their market share,” Morningstar’s Choy said. “So they are doing it on a proportionate basis to avoid favouring any fund.”

Yasunori Kasai, Asia director of trading desktop at Refinitiv, a London Stock Exchange Group business, said that, if anything, the BoJ’s policy direction change offered hope that the central bank might start to diversify.

“The BoJ tends to buy ETFs that target the entire market, like [those tracking the] Topix index or Nikkei index, and may not have bought many [environmental, social and governance] or thematic ones. But the GPIF and the general market are moving towards the sustainable finance market,” Kasai said.

Kasai added that he had observed that the central bank was purchasing some ETFs with exposure to companies that invest in sustainable development and human interests, although those holdings were still minuscule.

Scrapping the ¥6tn target should not have come as a surprise to market participants. There have been signs that the BoJ was looking for more flexibility in its ETF purchasing scheme since the beginning of the year.

“It’s only been a handful of times they’ve stepped in this year. The BoJ is not even close to hitting the ¥6tn target this year so far,” Nikko AM’s Vail said.

Although it is not an explicit rule, the central bank has tended to step in whenever the Topix index has lost more than 0.5 per cent in the morning session, analysts at Nomura wrote in a February 19 research note.

However, the BoJ did not purchase ETFs on February 18 or February 19 even as the Topix index lost 0.54 per cent and 0.76 per cent on these two days, they said. 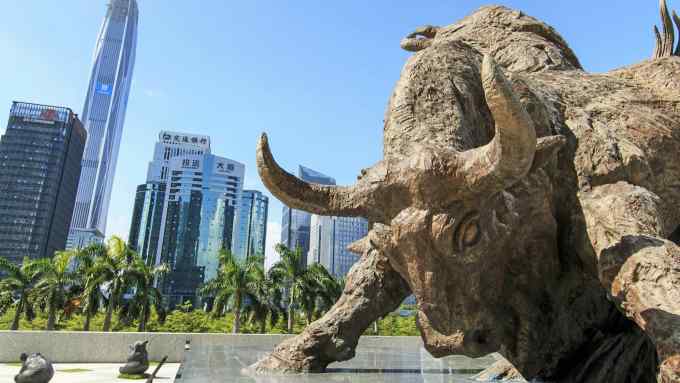