By noon on October 12, Japan was preparing for the arrival of Hagibis, the most powerful typhoon to hit the country in decades. Public transport had been halted and commercial flights grounded, while evacuation orders blared from mobile phones as the risk of floods, landslides and deadly winds mounted.

As the danger grew, social media catalogued the complaints of workers who had been forced by their employers to brave nature’s fury and turn up for work. Many of the businesses identified — coffee shops, estate agents, sushi restaurants — were not essential services.

But the testimonies rang true. Two weeks earlier, the government had published a white paper on Japan’s overwork crisis that suggested progress on eliminating one of the country’s most notorious workplace problems was slow.

The typhoon-driven sense of outrage, say labour groups, attests to a deeper misery afflicting Japanese workplaces — a web of spoken and unspoken expectations that support a culture of long hours and poor sleep. Japanese workers, according to the OECD, sleep less than any of their counterparts among advanced economies, at an average of 442 minutes per 24 hours, compared with 528 minutes in the US.

The ethos and expectations behind emails telling staff to “bring sleeping bags and extra snacks” in case they were stranded at work by the typhoon are among a host of problems surrounding overwork, from companies banning long naps in office restrooms to the fact that 19 workers in their twenties fell victim last year to karoshi, or death by overwork (that is, stress-related ill health or suicide).

A 2017 health ministry survey found about half of Japanese in their forties slept for less than six hours a night; a Rand Corporation analysis a year earlier concluded that Japan’s economy lost $138bn a year because of lower productivity arising from lack of sleep.

Jun Kohyama, a neurologist at the Japanese Society of Sleep Research (JSSR), says that despite growing awareness of the dangers of lack of sleep, the problem is becoming worse. Last year’s OECD survey showed Japanese had an average of 21 minutes less sleep in 2018 than they did in 2014, despite what Kohyama calls a higher general level of concern about the problem. “Japanese people may have more awareness of sleep than before, but people tend to admire those who are devoted to work and press on without enough sleep. I am concerned that the situation hasn’t changed at all,” he says.

His comments come a year after prime minister Shinzo Abe passed his flagship “workstyle reform” legislation to address persistent overwork and other problems in Japan’s workplaces.

The legal changes have provided the backdrop for several eye-catching initiatives by companies, such as Osaka-based technology company YRGLM, which allows staff to refuse work calls and emails on their days off. The reforms have also added momentum to the #KuToo campaign of Yumi Ishikawa against company policies that require female employees to wear high heels.

These are exceptions, however, and overwork remains the norm. Implementation of key aspects of Abe’s law has yet to begin, while labour groups and employment lawyers have serious doubts that a fundamental change in Japanese work culture is close at hand.

Those doubts were echoed on October 1 when the government published a white paper on overwork and karoshi that demanded industries as diverse as media and construction adopt more effective measures to reduce deaths. The report found labour offices around Japan recognised 158 deaths in 2018 as being from overwork — the lowest total in a decade but with the government warning that the level was still unacceptably high.

Many of the deaths arose from long working hours and excessive workloads. Some 6.9 per cent of the Japanese workforce worked for more than 60 hours in the final week of each month, traditionally companies’ busiest period, while job-related issues continue to rise as a proportion of Japan’s overall suicide rate, according to the white paper.

So severe is the problem that the health ministry has introduced the concept of a “karoshi line” — a level of overwork past which a person is at serious risk of a potentially fatal illness such as a heart attack or cerebral haemorrhage. The threshold is defined as working overtime of more than 80 hours a month over a two- to six-month period.

In July last year, when torrential rains hit Hiroshima, Okayama and Ehime prefectures, some 2,768 local government workers were deemed to have been at risk of death by overwork because of their post-disaster efforts. The Building and Wood Workers’ International federation of trade unions has asked organisers of the Tokyo 2020 Olympics to allow inspections to ensure construction work in preparation for the games does not push hundreds over the karoshi line.

One of the main effects of the government’s high-profile focus on karoshi and workplace reform has been to trigger a national obsession with sleep deprivation and the conventions, habits and ill-effects that surround it. Online retailer Amazon.co.jp, for example, lists more than 4,000 Japanese-language publications on the subject of sleep, of which 82 are about sleep deficit and 121 about quality of sleep.

There are thousands of more immediately practical solutions to a shortage of sleep on sale in Japan, especially ones designed to help the country’s overworked masses catch a few quality minutes of hirune, or afternoon nap. Products range from high-tech desk pillows to miniature blackout tents that can be erected under a desk for those who need to stretch out.

Seiji Nishino, director of the Sleep and Circadian Neurobiology Laboratory at Stanford University in the US and author of a bestselling Japanese book on sleep, suggests quality of sleep is an important area to focus on. “It is very difficult to have enough sleep, so the option I am interested in is how to improve the quality of sleep,” he says, stressing that no amount of quality improvement can completely replace the need for volume.

“Education is very important. The information out there is very inaccurate, but people still believe in certain ideas about sleep. One example is that there is a huge difference between individual sleep needs, so we need to separate the mass from the individual when we talk about sleep requirements,” he adds.

The real scientific progress on sleep quality, says Nishino, is only now arising from a recognition of the importance of data. Big data, harvested from smartwatches and other devices tracking the way millions of people sleep, has significantly changed the view that sleep quality can be ignored. There is no shortage of suggested techniques or programmes to help people sleep, but these generally have not been developed by sleep scientists.

Elsewhere across corporate Japan, companies are using their policies on daytime napping as a proxy for the broader message that they are serious about improving workplace conditions. Reina Hyakuya, a spokeswoman for IT services company NextBeat, describes a newly introduced company rule that entitles every employee to a 30-minute nap at any time during the working day. The company has introduced two “strategic” sleeping rooms and five “tactical” napping chairs.

She explains that the company has installed a device that can block out external sounds from the rooms, whose facilities include sofas and aroma fragrances. Employees are forbidden from using computers or smartphones in the rooms, she adds. “The strategic sleeping rooms are used by the engineering department most,” says Hyakuya.

Other companies and organisations have started similar schemes. Japanese media focused on the purportedly improved examination results at Meizen high school in Fukuoka prefecture where the headteacher, after listening to lectures by sleep specialists, recommended students take a 15-minute nap after lunch.

But, says the JSSR’s Kohyama, the provision of napping facilities or the tolerance of mass siesta-taking may not be addressing the core problem. “If you crave a daytime nap, it means you don’t get enough sleep at night. It is not a bad idea for companies to promote daytime napping, but at the same time [employees] should be allowed to leave work early. It doesn’t make sense if you take a nap but stay at work until very late at night,” he says.

Get alerts on Health when a new story is published 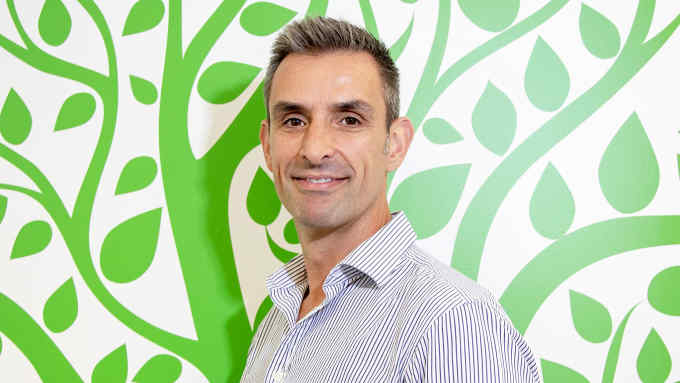