If you think the same, join us
Opinion Negotiation skills

For successful negotiation look beyond your own industry

Many tools and principles are ‘industry-agnostic’, executives just need to be able to deploy them
Leigh Thompson

Some 80 per cent of managers routinely fail to reach win-win deals when negotiating and leave value on the table, according to my estimates from observing and teaching executives.

On further investigation, I found many managers rely only on past experience — or case studies from their industry — to develop strategies for negotiations. Paradoxically, that makes them less likely to learn and to achieve advantageous outcomes, because they tend to focus on irrelevant details (the “superficial” structure) and do not see the big picture (“deep” structure).

This is known as the inert knowledge problem: people often fail to use what they already know to solve a new problem because they do not recognise it is relevant. Teachers see this in schools when students do not apply a maths principle they know to an unfamiliar test question.

I found the trick to directing managers to recognise the deep structure is to prompt them to study negotiations outside their industry. The core information then “pops out” and they learn principles to apply to future negotiations, which yield better outcomes.

I decided to study the inert knowledge problem in more depth with co-authors Jihyeon Kim and Jeffrey Loewenstein. This matters because people spend a lot of money and time learning negotiation skills, so we need to understand what promotes success. Given that many negotiation tools and principles are “industry-agnostic”, executives just need to be able to deploy them. 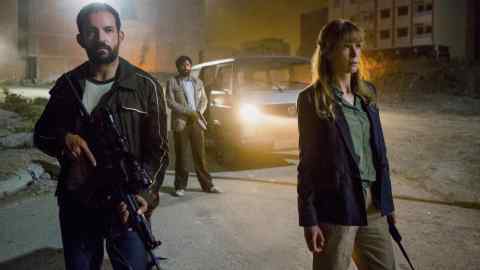 One such tool is the contingent contract. This can be used in business negotiations where each party disagrees about future conditions, such as economic forecasts. Negotiators essentially make a bet on a future outcome to move the deal on — for example, by agreeing to abide by the results of a future independent research report.

Contingent contracts can be used profitably in many negotiations. But managers need to recognise the value of this general strategy for their specific project.

Our study tested two hypotheses: that managers who compared case studies from an unfamiliar industry would be more likely to learn core principles of negotiation, compared with those who studied industry-familiar cases; and that the magic bullet to learning effective negotiation skills would be for managers to think broadly about these cases (rather than narrow thinking).

Our study involved 420 managers in a Midwestern university’s executive education programme. Participants first read a brief negotiation case study (set in the tech, pharma, consulting or insurance industry). In each case, the contingent-contract principle was used.

Seek the unfamiliar
Learn from examples outside your industry by engaging with different business publications, case studies, simulations and training sessions, and talking to managers.

Ask broad questions
A simple question such as “How might we apply what we learnt from this negotiation to a future one?” can help you reflect on your experience.

Make it a double
Aim to study at least two examples. Comparisons across cases can help you see the principles used.

Next, participants answered either a narrow question (“How might the contingency-contract strategy be improved upon in this negotiation?”) or a broad question (“How applicable do you think this negotiation principle is?”). The idea is that open questions are more likely to motivate managers to think about general principles. The final test was a face-to-face negotiation simulation.

The managers who studied the unfamiliar case examples were twice as likely to use the contingent-contract principle in the test negotiation, compared with managers who had studied familiar industry examples of the principle in action. Furthermore, managers who had been prompted with broad questions were nearly three times more likely to transfer the core knowledge of negotiation strategies to a new situation, compared with those who were asked narrow questions.

Most notably, the managers who studied a case outside their industry and were asked broad questions drove a threefold improvement in performance, compared with participants with no training — this translated to about $1m in expected value at the negotiation table.

Importantly, what we discovered about cross-domain learning applies well beyond negotiation — to finance, marketing, operations, accounting and other areas. Hospitals, for example, use safety-related practices from aviation. So take to heart the idea of learning from the unfamiliar to navigate any forest you find yourself in — it might stop you getting stuck behind a tree.

Leigh Thompson is a professor at Kellogg School of Management at Northwestern University and director of its ‘Negotiating in a Virtual World’ executive programme. Books she has written include ‘The Truth About Negotiations’

Get alerts on Negotiation skills when a new story is published