European ETF investors have shunned funds tracking the S&P 500, the dominant US equity benchmark this year, instead piling into the tech-heavy Nasdaq 100 and a melange of sector and “sustainable” indices.

In the six years to 2019, 59 per cent of the $91bn of net new money European exchange traded fund investors pumped into US equities went into vehicles tracking the S&P 500, according to data from Invesco.

However, Europeans pulled a net $7.8bn from ETFs benchmarked against the S&P in the first 11 months of the year, even as they injected $17bn into ETFs tracking other US equity indices.

Almost $2.8bn has been shovelled into ETFs tracking the Nasdaq 100, which had surged by 43 per cent in the year to December 21, far ahead of the 13.4 per cent rise of the S&P 500, according to data from TrackInsight, the FT’s data partner for the ETF Hub.

“Nasdaq 100 ETFs have seen significant inflows,” said Deborah Fuhr, founder of ETFGI, a consultancy. “Many people see that as a way to get exposure to technology. It’s not really a tech index but it’s had a very good year.”

A further $7.4bn has gone into products benchmarked to MSCI indices. Its USA SRI Select Reduced Fossil Fuel Index, with $2.1bn of net inflows and USA Low Carbon SRI Leaders Index, with $1bn, are in the vanguard of a phalanx of “sustainable” or environmental, social and governance-linked ETFs to have attracted widespread buying this year.

“We have seen movement away from the S&P as a broad benchmark towards ESG versions of that,” said Gary Buxton, head of Emea ETFs and indexed strategies at Invesco, whose own ESG version (SPXE) has taken in $500m.

Mr Buxton said there had been “significant outflows from US broad indices towards sector-type benchmarks”, since the presidential election in early November, as investors adopted more tactical allocations.

People are asking “what is [president-elect] Biden for? Is it more about healthcare than traditional manufacturing? That is what people are playing off in the short term,” he said.

Anaelle Ubaldino, a quantitative financial adviser at Koris International, a French investment advisory firm linked to TrackInsight, suggested the swing away from broad benchmarks into more focused parts of the market, was a sign of maturity.

“When you start as a retail investor you will use broad ETFs, but as you start to understand [investment] more, maybe you want to take more specific bets or align with your views,” she said.

Ms Ubaldino noted, though, that ETFs following the S&P 500 Equal Weight index had taken in $1.1bn of new money, with this index now having $1.8bn of European ETF money run against it.

“There is a lot of publicity on how the S&P 500 is getting concentrated,” she said, with the five largest technology stocks — Apple, Microsoft, Amazon, Facebook and Alphabet, the parent of Google — accounting for 22 per cent of the index.

“Equal weighted is smart beta,” a strategy that has historically tended to outperform market cap-weighted investment over the cycle, Ms Ubaldino added.

“It avoids the concentration risk. It’s an easy way to try to outperform the market while still investing in the same 500 companies.” 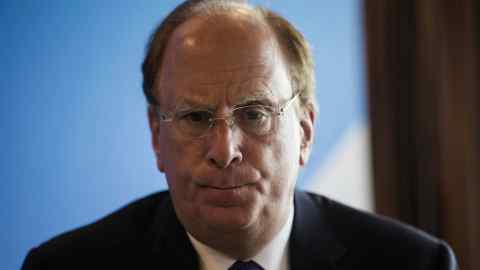 Perhaps unexpectedly, outflows have been disproportionately focused on “synthetic” ETFs, which rely on having a swap contract in place with a counterparty to replicate the performance of the underlying assets, rather than actually owning the assets themselves, as a “physical” ETF does.

Synthetic ETFs are more tax efficient for Europeans investing in US equities, as they avoid a 15-30 per cent withholding tax on dividend income.

The resultant increased popularity of synthetic ETFs — which doubled their share of European S&P 500 ETF assets to 32 per cent in the five years to 2019, according to Invesco’s data — even led BlackRock, the pre-eminent flag-bearer for the physical approach, to reverse course and launch a synthetic variant in September.

Yet European-domiciled synthetic US equity ETFs saw net outflows of $7bn in the first 11 months of 2020 — their first negative year since at least 2014 — even as physical ones raked in $99bn.

This is in part because few synthetic funds track some of the most fashionable ESG and sector indices. Yet even for S&P 500 ETFs, more than half of this year’s outflows have come from synthetics, pushing their market share back down to 30 per cent.

BlackRock’s new synthetic fund had amassed $112m by November 30, not enough to compensate for outflows of $2.2bn from its physical product (CSSPX), according to Morningstar.

BlackRock has nonetheless seen overall inflows of $4.1bn into its European-domiciled US equity ETFs, led by its sustainable and ESG-badged ranges. Vanguard, its rival, has fared worse, losing $944m of assets, according to TrackInsight.