Ardbeg breaks all records with its £16mn malt whisky

It’s a beautiful, blustery day at the Ardbeg distillery on the Hebridean island of Islay – the sea is sparkling blue and little clouds are scudding across the sky. Among the whitewashed distillery buildings tourists sit chatting happily at picnic tables. But in the maturation warehouse where I’m standing, the atmosphere is rather tense. Here, in the musty half-light, the head of whisky Bill Lumsden is gingerly drawing a tiny amount of mahogany-coloured whisky from a cask of 1975 Ardbeg – a cask recently sold to a female collector in Asia, in a private sale, for £16mn.

It’s a staggering sum. So staggering, in fact, that the first time I saw it written down I thought it was a mistake. It’s more than twice what Ardbeg’s owner the Glenmorangie Co (part of LVMH since 2011) paid for the distillery and all its stocks in 1997. And it exceeds the previous record for a single cask, set earlier this year, by £15mn. It may be extreme, but it’s an all-too-real sign of a whisky market that’s lately gone completely bonkers, where collectors and investors are increasingly retraining their sights from single bottles to entire casks costing six-, seven- or – even – eight-figure sums.

Ascertaining the size of the private cask market is difficult – data is scant. But as a proportion of the 22 million casks of whisky ageing in Scotland right now, it is safe to say it’s still minuscule. As the Ardbeg sale has proven, though, even a single cask can deliver serious pounds per square inch, and provide a brand with a valuable way of cultivating relationships with the whisky world’s 0.1 per cent. And that’s why private cask sales are something that distillers, having previously been reluctant to relinquish old stocks, are now increasingly keen to explore.

Established in 1815, Ardbeg has a turbulent history. It found fame in the 19th and early 20th centuries principally as malt for blending. But following a downturn in the whisky industry in the 1970s and 80s it was a victim of widespread distillery closures. It lay silent for almost a decade before eventually being revived by the Glenmorangie Co. And under LVMH’s stewardship Ardbeg has developed the kind of cult following usually only reserved for rock bands.

It has an international fan club, The Ardbeg Committee, with 120,000 members. Its followers get Ardbeg tattoos. When it releases new whiskies its fans camp out overnight to make sure they are first in the queue. Its famously peaty malts can fetch high prices, but it’s also known for its sense of fun: its most recent release, made with ultra-roasted black malt, was playfully dubbed “Ardcore”.

At 46 years old (and counting), this 48 per cent abv liquid is the oldest Ardbeg ever bottled

In spite of its flashy price tag the £16mn cask, known as Cask No 3, is a humble-looking thing – only a few chalk markings and a modest plaque distinguish it from the hundreds of weathered casks around it. What is it about this particular cask that makes it so unique? At 46 years old (and counting), this 48 per cent abv liquid is the oldest Ardbeg ever bottled. It’s also a rare example of an Ardbeg distilled prior to 1981, when the distillery was mothballed for nine years. “The vast majority of Ardbeg in those days went into blends – it’s almost impossible to find Ardbeg from this era bottled as a single malt,” says Lumsden. The number of 1970s casks left in the distillery’s warehouses can be counted “on just a few hands”. (Their destiny remains a secret. But if you consider that a whisky must be 40 per cent abv minimum to be bottled as Scotch whisky, and a cask loses two per cent of its volume to evaporation – or the “angel’s share” – each year, then they’ll almost certainly be sold or released as an ultra-luxe bottling some time in the next decade).

The cask is a 500-litre oloroso sherry butt, around twice the size of a standard barrel. Ultimately, it will yield 440 bottles. Normally, for reasons of cost and convenience, single casks are bottled all in one go. But the owner of Cask No 3 will take delivery of 88 bottles every year for five years. The cask will remain at Ardbeg and keep ageing all the while, so that by the time the bottling is complete she will have a collection of Ardbegs ranging from 46 to 50 years.

It’s a pretty exceptional arrangement – of that there is no doubt. But even so, the highest estimate I could get for a cask of this sort, when I asked around, was £8mn. How did Ardbeg arrive at such an astronomical price? The answer may lie in the fact that the £16mn deal includes all the hidden costs: storage, insurance, bottling, labelling, distillery visits and taxes – costs that are usually added on top. In the UK, if you bottle a cask of whisky you can expect to pay around £8.50 in duty per bottle, plus VAT at 20 per cent. But in Hong Kong, for example, excise tax on spirits is a whopping 100 per cent.

The cask’s owner declined to be interviewed for this piece so I can only speculate about what she intends to do with her bottles. But it’s likely they’ll be drunk or gifted rather than sold on the secondary market – they were so dear in the first place it’s hard to see how they could deliver a return.

It’s a source of pride for every member of the Ardbeg community, from the still man to the fans and collectors who keep the doors open

Ardbeg has pledged to give £1mn from the sale to charitable initiatives on Islay. But there will be some, I’m sure, who feel decidedly queasy about it. “We spent a long time debating whether to publicise it,” says Thomas Moradpour, president and CEO of the Glenmorangie Co. “But we are proud of what it represents in the journey of Ardbeg, which has been a rollercoaster ride. Think that 25 years ago it was a dying distillery – it was silent for most of the 1980s – and a quarter of a century later it’s one of the most sought-after whiskies in the world. It’s a source of pride for every member of the Ardbeg community, from the still man to the fans and collectors who keep the doors open.”

It has been an extraordinary year for cask sales. In April a cask of 1988 Macallan sold to a private buyer through Whisky Hammer for just shy of £1mn – a record at the time. Last month Sotheby’s hosted a sale that featured two casks from sought-after “silent” distilleries: a Brora 1982 and a Port Ellen 1979, which each went for £875,000.

The two casks in the Sotheby’s sale came from Casks of Distinction, Diageo’s direct-to-consumer programme for VIPs. Established in 2015, it is the longest running scheme of its kind and thanks to Diageo’s Scotch whisky portfolio, which includes 28 single-malt distilleries, it gives collectors direct access to an unrivalled range of whiskies.

“It’s very much a matchmaking process and we only release a handful of casks a year,” says James Mackay, Diageo’s head of rare and exceptional spirits. “Most casks are 25 years or older and already mature – so you can bottle right away or let it age for another five years.”

Prices for a Cask of Distinction start from six figures – a fee that includes distillery visits, samples, bottling and labelling (but take note: not duty, VAT or import tax). The cask is chosen by the client from a selection of samples then stored at the Royal Lochnagar distillery near Balmoral so they can pay their cask a visit whenever they wish (something that’s not always possible under other cask acquisition schemes). Clients can also have their empty cask customised by an artist: recent collaborators have included photographer Trey Ratcliff and designer Ini Archibong.

“I often say that buying a cask is a bit like buying a racehorse – you can go to the races and have a good time, but it’s a different feeling when you’re in the owner’s enclosure,” says Mackay. “And like a racehorse, you might end up making money but that’s not really the reason you do it. It’s about that feeling of being on the inside.”

The alternative to buying direct from a distillery is buying through a broker. Lately there has been an influx of opportunistic brokerages offering tantalising – but totally unrealistic – returns coupled with precious little expertise (the return-on-investment figure of 586 per cent touted by many of them is actually taken from a Knight Frank report published in 2018, which analysed the performance of 100 top whisky bottles, rather than casks, and is best ignored). “It’s an industry ripe for scalping,” one insider says to me. “I strongly suspect there are multiple pyramid schemes that haven’t yet been exposed.”

The best way to protect yourself, says Andy Simpson, co-founder of the Rare Whisky 101 Index, and now director of Simpson Reserved, which manages whisky portfolios for HNW clients, is to go with a broker with a strong track record in Scotch whisky. “Do your research – who’s behind it, where have they worked before and how long have they been in the industry? And make sure you get what’s known as a ‘delivery order’, which gives you legal proof of cask ownership.”

If you do your due diligence and are prepared to be in it “for the long game, by which I mean five years or more, there is certainly money to be made,” says Simpson. “But there is no such thing as a guaranteed return. So it’s important that you enjoy the journey.”

Even those who start out as cold-blooded investors usually get romanced by their cask in the end, says Charles Beamish, formerly of Whyte & Mackay and now of private client whisky firm Beamish International, which sources whisky for clients in south-east Asia, Europe and the US. “When they first come to us, I’d say 80 per cent are looking to buy casks for drinking, collecting and gifting. The other 20 per cent are looking to invest. But by the end 100 per cent of them have become whisky lovers and drinkers.” 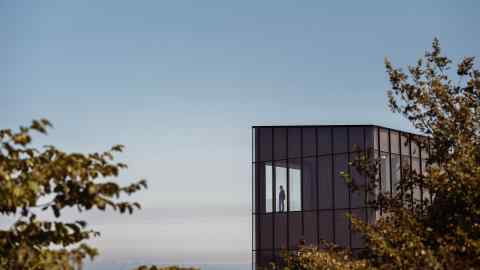 A cask, of course, is not worth a dime if the whisky within it’s not good to drink. And there’s no mistaking the deliciousness of Ardbeg Cast No 3 when I taste it. Time has given it a patina of gently smoky, aromatic woods, balsamic notes, dried fruits and sun-faded pot-pourri. It’s mature, but not old, harmonious and supple, with a long nutty finish like creamy praline. “I’ve really only tasted a whisky like this two or three times in my career,” says Lumsden. “It has an emotional, comforting quality to it I find hard to put into words.”

Is it £16mn good? I’m not so sure. But it will certainly get people talking. And in a fiendishly competitive whisky market you can’t put a price on that.