Inflation is one thing not in short supply 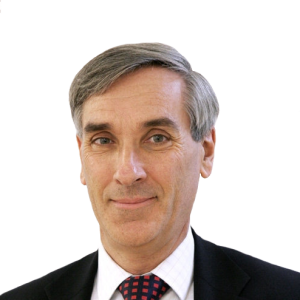 In a world of disrupted supply chains and marked shortages of energy, products and transport capacity, there is a lot of inflation about. In Germany, it has hit 4.5 per cent, Spain 5.5 per cent, the US 5.4 per cent and in Brazil more than 10 per cent.

Investors are having to weigh how serious this is and if it is indeed a temporary blip. The central banks told us price rises would be modest as lockdowns ended. They expected inflation to retreat quickly as economies returned to normal. At the end of last year the US Fed thought it would rise to just 1.8 per cent this year. In March they adjusted that up to 2.4 per cent.

Today’s rate is more than double that. The European Central Bank in December 2020 thought EU inflation would only by 1 per cent this year, but eurozone inflation is currently four times that.

It always seemed more likely that prices would rise more steeply as economies unlocked, buoyed by the massive monetary and fiscal stimulus supplied by the authorities.

As a disbeliever in the central bank forecasts, I cut out the longer dated bonds in the portfolio and replaced them with short-dated inflation linked Treasury bonds and more cash. I feared inflation might prove livelier than the central bankers estimated, which could lead to a bigger sell-off in regular bonds as interest rates rose.

As late as last December the Fed was forecasting no interest rate rises in 2021 or 2022. Now all the talk is of when bond buying will be wound down and rates have to rise to contain the inflationary tendencies.

The central banks still argue that inflation will come back down again but they are showing signs of wobbling in their resolve to keep money so loose and to concentrate on promoting recovery.

We have seen interest rate rises in South Korea, New Zealand and Norway of 0.25 per cent on their low levels; and increases to 7.75 per cent in Brazil, 1.8 per cent in Hungary, 4.75 per cent in Mexico and 7.5 per cent in Russia. The Fed and the ECB have held out against tightening so far, but they are moving their language and rethinking their policy as they are forced to revise their forecasts substantially. They need to show they are responding to the realities. 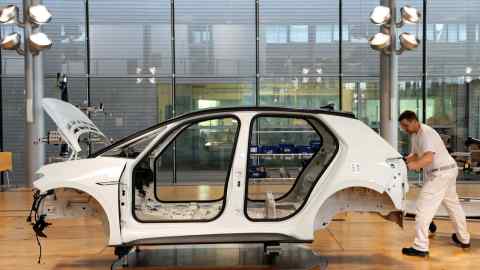 They can still point out that much of the current high inflation comes from a few areas. A shortage of oil and gas as economies fire up their fossil fuel plants has driven energy prices up fast. This would normally induce more supply and some correction. Timber prices, after all, soared then retreated. A chronic shortage of microprocessors has left the car industry short of parts for new vehicles and has helped boost used car prices.

Supply chain dislocations from China to California via Europe have left unpredictable items in temporary short supply and left some consumers wanting to buy more for stock, making the shortages worse. Central banks could persevere with their theory that the recovery is fragile and the price pressures transitory.

Instead it looks as if they will slide towards a more cautious position, responding to inflation in the rear view mirror by applying more of the brakes in case there is something worse ahead.

The Fed will consider tapering its purchases of government bonds and allowing some market speculation on the timing of future rate rises. The ECB is trying to hold back the demands for action, but will probably have to give more ground on how much quantitative easing it continues to do and for how long. Only the Bank of Japan may be able to continue with its endless programmes of creating cash and buying financial assets, as the one advanced economy that cannot get the inflationary engine to fire.

Some argue that central banks should worry more about what they have unleashed. Labour markets on both sides of the Atlantic are running surprisingly hot after the big disruptions to employment from lockdowns. Instead of it meaning more unemployed and more people seeking any kind of work to replace lost jobs, there are shortages of chefs and care workers, lorry drivers and hotel staff. It appears that more people have decided to retire early or go over to a part time model of working after experiencing a stay-at-home lockdown.

Moderate inflation is not too damaging to shares. Trying to stop inflation too rapidly would be

Those in occupations like truck driving now expect a much better package of reward and employment conditions to be tempted back. Money growth has been very strong during the period of distortion and millions of people who stayed in jobs have more savings, as they could not spend on holidays, events and travel to work. Banks have plenty of cash and reserves so they could lend more. Were people to decide to run down savings in a hurry or were banks to promote credit more actively, the fires of inflation would be well and truly stoked.

Central bankers need to watch all this. It may be that the tax rises and some fiscal orthodoxy, coupled with consumer caution, mean economies will slow and there will be no further surge in prices. This makes a judgment even more difficult. Tighten money too much and weak economies tumble backwards before they have even recovered all the lost output from the health crisis. Do nothing and you could allow inflation expectations to embed and wages to reinforce the high prices of many scarce items.

The US showered more cash and has more of an inflation problem. The EU is keen on a more rapid green transition which will cause substantial capital destruction. That in turn could put prices up. I am sticking with a counter-inflation stance on bonds until it is clearer, in the expectation that yields will need to go up a bit more to make bonds attractive again.

I am also hoping central banks will find the Goldilocks “just right” answer to underpin the share investments in the fund. Moderate inflation is not too damaging to shares. Trying to stop inflation too rapidly would cause harm and would require protective action for the portfolio.