If you think the same, join us
Latest news on ETFs
See all 340 stories
ETF Hub Exchange traded funds

Cathie Wood, whose Ark Invest is the largest active exchange traded fund provider in the US, has filed to launch a passively managed Transparency ETF, a divergence from her trademark focus on innovation.

The fund will follow an index that screens out companies with poor environmental, social and governance (ESG) scores, including alcohol, confectionery, fossil fuels and metals companies but also, unusually for an ESG-type fund, banking.

The index will include companies with good scores for factors such as transparency — such as good quality documentation on their privacy, diversity, ethical and customer standards — that are named in fewer lawsuits, and which appear higher up on corporate trust rankings.

“Investors are increasingly focused on ESG attributes and such products . . . have been in demand in 2021. This is a rare index-based approach from a firm well known for active management,” said Todd Rosenbluth, head of ETF and mutual fund research at CFRA.

He pointed out that the index of about 100 companies holds many large-cap growth companies such as Apple, Nike, Nvidia and Salesforce but also includes Ark favourite Tesla, the electric carmaker.

“While actively managed ETFs like those offered by Ark will often include some individual ESG metrics, this ETF will focus solely on them rather than earnings growth or valuation,” Rosenbluth said.

The index, which will rebalance quarterly, gives a 1.14 per cent weighting to Tesla, unlike Ark’s flagship actively managed $22bn Ark Innovation ETF (ARKK) that had allotted a weighting of 10.76 per cent to the company as of Wednesday.

The underlying index for the Transparency ETF is jointly provided by an independent company called Transparency in collaboration with well-known sustainability index provider, Solactive.

Wood, who is chief executive of Ark Invest which manages about $45bn across six active and two passive ETFs, has been the subject of growing controversy this year after failing the deliver the stellar returns that made her a household name in the US in 2020.

Criticism of her investment strategy — in particular, her large exposure to Tesla, which has yet to turn a profit — has led to growing short interest in ARKK. The fund, which rewarded investors with returns in excess of 150 per cent last year, is broadly flat year to date while the benchmark S&P 500 index of US stocks has gained more than 20 per cent over the same period.

However, the decision to launch a narrowly focused ESG fund without an ESG label could prove timely. Shares in German asset manager DWS were hit last week after regulators announced they were investigating allegations of “greenwashing”, sparking fears that more managers might end up being accused of making unfounded claims about the sustainable credentials of their funds.

Greg Davies, head of behavioural science at Oxford Risk, a consultancy, said its research showed investors who valued governance, which is what the Transparency ETF seemed most focused on, did not tend to have strong preferences for environmental and social issues.

“This implies that an index like this will have a quite targeted market,” he said. 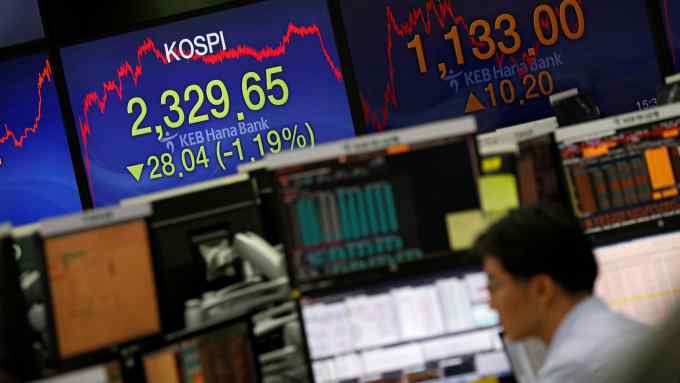